A federal jury convicts self-proclaimed human rights activist and Anonymous member Martin Gottesfeld for masterminding DDoS attacks on Boston Children’s Hospital and Wayside Youth and Family Support Network (MA) in 2014 – both in retaliation for their treatment of a patient who was in the midst of a custody battle between her parents and the state. Gottesfeld triggered the router-borne malicious software during the hospital’s fundraising period, which ended up crippling its network and knocking it and several other area hospitals offline. He was finally arrested in 2016 after a cruise ship rescued him and his wife from a broken down boat off the coast of Cuba. 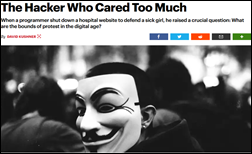 From Deficiencies Down Under: “Re: Patient safety risks with Queensland’s new Cerner system. Doctors have been complaining about system bugs and failures, and worries over patient safety. The government has admitted to five major IT outages over the last 12 months.” Queensland Health pledged $1.2 billion to the 20-year IT overhaul in 2015, including the deployment of Cerner to 21 hospitals.

MDLive raises $50 million in a funding round led by Health Velocity Capital.

MedStar Health’s National Center for Human Factors in Healthcare secures a patent for a system designed to analyze data gleaned from eye-tracking technology, which researchers hope to use in the development of safer and more efficient healthcare software.

A slew of Q2 results:

DirectTrust says Direct users sent more than 50 million messages in the second quarter of 2018, for a cumulative count of 432 million. The number of DirectTrust addresses jumped 19 percent to 1.7 million. Over 240,000 patients are now using the service.

NIC gives Appriss Health a run for its money with the launch of RxGov, PDMP technology built of of newly acquired software from Leap Orbit. (Leap Orbit partner David Finney laid out the monopolistic state of the PDMP technology market in this Readers Write.)

Reddit suffers a breach that leaves its anonymous users worried hackers will threaten to expose the online personas they created to post unsavory content and unpopular opinions. One security analyst likens it to the marriage-shattering repercussions of the Ashley Madison hack in 2015.

Australia’s hotly contested effort to provide every citizen with a PHR suffers another blow, as the Australian Digital Health Agency reveals the My Health Record system has already been breached nine times, though none were by outside parties. Australians have until November 12 to opt out of the initiative. The deadline was pushed back a month after privacy groups expressed concern with the system’s safeguards. 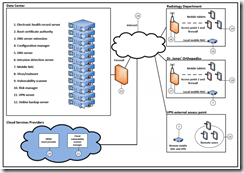 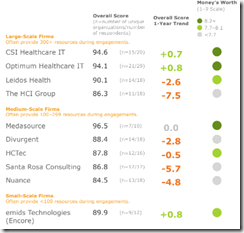 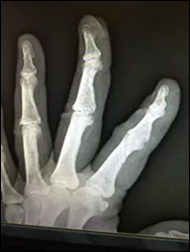 Delaware Health Information Network CEO Jan Lee, MD recounts her struggle to find affordable, in-network medical care after injuring her hand on a table saw. A week-long search for a PCP and surgery referral left Lee frustrated and dumbfounded at the amount of hoops she had to jump through. “By this time it’s been close to a week that I’ve been wandering around with an open fracture,” she said. “My friends within the healthcare community who have heard about this are going nuts, saying ‘This is preposterous.'” Despite being a Tricare health plan member, Lee is stuck with over $10,000 in medical bills, which she has vowed to fight. Incidentally, DHIN is in the midst of creating a claims database so that consumers can compare treatment costs across the state. 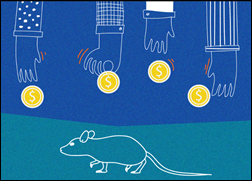 Weird News Andy might ask, “Who moved my cheese?” in covering the $1 million a genetically engineered mouse has brought in for the University of Minnesota. The animal was developed to assist researchers with myeloma cancer treatment. Its antibodies have been sold for the last 15 years per a licensing agreement with Cell Signaling Technology.