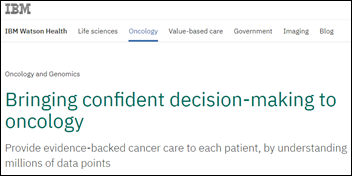 IBM Watson Health’s supercomputing abilities in the area of cancer treatment once again come under fire as Stat uncovers internal IBM documents showing employee and customer concerns with the software.

“Unsafe and incorrect treatment recommendations” for cancer have been blamed on Watson’s training — by IBM engineers and a team of physicians at Memorial Sloan Kettering Cancer Center (NY) – that used hypothetical instead of real-life cancer cases.

A Jupiter Hospital (FL) doctor complained to IBM, “This product is a piece of s***. We bought it for marketing and with hopes that you would achieve the vision. We can’t use it for most cases.” (the irony being that a hospital that admits buying Watson for its marketing value complains about the company’s overzealous marketing). 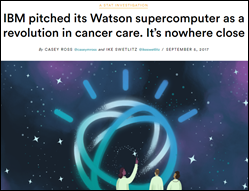 A previous Stat report found that IBM started marketing the oncology product before it was ready and without subjecting it to clinical studies, also noting that Watson doesn’t meet the definition of AI since it doesn’t actually learn, it only relays the treatment preferences of MSKCC in what is little more than a virtual consultation. Oncologists also reported that while Watson provides them with background information such as journal articles, it doesn’t directly help them make a decision or tell them anything they don’t already know in regurgitating the hospital’s own training data. It also suffers from lack of clear-cut medical evidence that makes many oncology decisions difficult to turn into algorithms.

MD Anderson Cancer Center (TX) cancelled its Watson partnership in February 2017 also spending three years and $60 million trying to create an oncology advisor similar to the one MSKCC is developing.

IBM Watson Health confirmed in early June that it had laid off an unspecified number of employees, mostly from its expensive acquisitions Truven, Merge Healthcare, and Phytel.

From A Good Walk Ruined: “Re: Sutter Health. Heard that the Sutter board met Wednesday morning and let CIO Jon Manis go because of its $25 million recent downtime. I’ve also heard that the CFO and COO were let go.” I reached out to Sutter, who confirms that SVP/CIO Jon Manis (photo above), IS Chief Operations Officer Stuart James, and Director of IS Finance Randy Davis have left the organization for unstated reasons. Serving as interim CIO will be Chris Van Pelt, who I believe still works for PricewaterhouseCoopers. Sutter’s Epic and telecommunications systems went down for more than a day in mid-May at its 24 hospitals, which the health system said was due to activation of a data center fire suppression system.

From Careening Corvette: “Re: Medhost. Lists an open position for chief information security officer after having their share of security problems in the past 24 months.” The job sounds like the one William Crank has held, but he still lists it on his LinkedIn.

From Eligible Bachelor: “Re: Recondo. Appears to be buying the former Advisory Board PayNav client base from Optum 360. PayNav was a white label for Recondo products. Terms not disclosed, transition of 57-58 clients beginning immediately.” Unverified.

From Joel Martin: “Re: physicians and EHRs. I spent many years working on Epic optimization, especially for inpatient and ambulatory physicians, and most of the complaints about time and user friendliness are actually about regulatory, financial, and other compliance requirements. Very few of the issues they disliked were actually attributable to the software other than poor defaults for orders. Even note documentation, by far the biggest time spent, is really about a financial decision of the organization to shift cost away from transcription that all EHRs can accept. Individual healthcare organizations and the system as a whole have shifted enormous amounts of work onto physicians over the past 20 years. The EHR enabled a lot of that shift, but is not the cause, and the best EHR possible cannot undo this reality.” I agree with Joel, who’s now with HealthX Ventures– it’s like blaming TurboTax instead of Uncle Sam for the unpleasantness of paying taxes. The worst aspect of the EHR is that it gives non-clinicians a sly way to impose their will on doctors anonymously via software requirements, turning medical documentation into a Pavlov’s Dog experiment in which dollars pop out as a reward for doctors clicking boxes someone wants clicked that don’t necessarily benefit patients and instead steal a big chunk of their allotted encounter time. Healthcare is the only industry that requires its highest-educated, lowest-supply professionals to perform data entry work, keyboarded into submission by executives who wouldn’t be caught dead using a computer while speaking to someone (ever see a CEO’s sumptuous desk hogged by a computer monitor?) I’ve mentioned my $60-per-month all-inclusive concierge PCP, who doesn’t use an EHR and who instead conducts an unhurried, richly nuanced conversation with me, free of the pressure to click, stare at a screen, or wonder if he’ll have his payment denied by a bored insurance company clerk ready to pounce on a mistyped field. The biggest mystery to me is why doctors allowed insurance companies and then hospitals to elbow them out of their own profession and turn them into regularly whipped slaves, or more accurately, why they don’t bolt en masse right now, skim the cash-paying patients, and let the rest of the system crash and burn so we can start over. 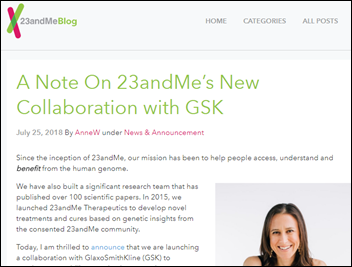 Home DNA testing company 23andMe will sell the data of its 5 million customers to pharma giant and just-announced $300 million company investor GlaxoSmithKline for developing new drugs, raising the question of why consumers shouldn’t be paid – even in the form of a rebate — when a for-profit company they’ve paid for services sells their health data to another. 23andMe, which says its consent allows such sharing and requires consumers to opt out otherwise, also acknowledges that it’s doing its own drug development. Meanwhile, Canada’s border patrol is reportedly accessing ancestry websites to determine the nationality of those being considered for deportation.

Atlanta-based billing company Patientco raises $28 million in a Series B round led by investment firm Accel-KKR.

Up to 1,500 Epic employees begin filing individual overtime claims — some dating back to 2012 – after a Supreme Court ruling that prohibits them from filing as a group. The company settled a similar overtime case with employees in 2014 for $5.4 million. 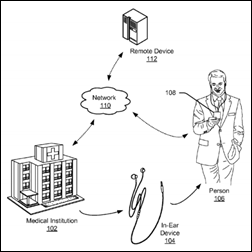 Google patents headphone technology designed to capture a user’s body temperature and alert them to changes that may indicate the onset of illness.

Financial technology vendor Flywire raises $100 million in a Series D funding round. The company – which offers universities, healthcare organizations, and business the ability to accept online payments in the customer’s own currency – operates OnPlan Health, a full-service patient billing and payment solution for hospitals.

A Facebook warning about slowing revenue growth sends shares down 20 percent Wednesday, wiping out $120 billion in market capitalization. It’s the largest one-day valuation slide in history for a US-listed company, with the lost market value exceeding the entire valuation of 90 percent of companies in the S&P 500. 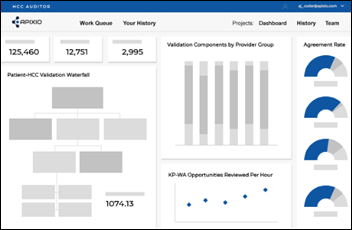 HealthSparq adds timelines and insurance-specific cost estimates for patients who use its HealthSparq One transparency and guidance platform.

Agilon Health will use HMS Essette care management software for its PCP customers.

CMS’s proposed outpatient reimbursement takes aim at hospitals that have bought physician practices to take advantage of a billing loophole that allows them to immediately raise prices by declaring the practice a hospital outpatient department (a practice closed to new conversions since 2015, but with existing sites grandfathered). The proposed change would mandate site-neutral payments to eliminate that advantage. The American Hospital Association responds quickly in saying that CMS doesn’t understand how hospitals operate.

CMS reverses its decision to suspend the Affordable Care Act’s risk adjustment payments, citing the need to keep payers from becoming insolvent or withdrawing from the market.

An investigation by USA Today into maternal deaths during or just after childbirth reveals a chilling lack of attention to patient safety protocols, resulting in the preventable deaths of 700 women each year. A review of hospital quality records from facilities in New York, Pennsylvania, and North and South Carolina found that less than half of maternity patients were treated for dangerous blood pressure levels; of those that were treated, less than 15 percent received recommended care. 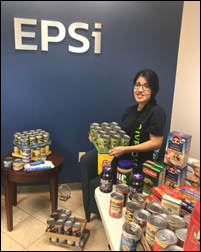