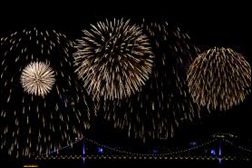 I took some time off this week to celebrate my birthday along with our nation’s 242nd. In coming back to the office, I heard some awful stories of fireworks injuries that made me glad I wasn’t working over the holiday.

According to our friends at University of Washington School of Medicine, legal “shell and mortar” fireworks cause the most adult injuries based on data from Harborview Medical Center. Each year, more than 10,000 people seek care for fireworks-related injuries, which doesn’t account for those tending injuries at home. Teens are more prone to injuries from homemade fireworks, and children are at higher risk from injuries from bottle rockets and similar products. More than 90 percent of injuries occur in male patients. Not surprisingly, limb and eye injuries lead the pack, with 37 percent of hand injury patients requiring at least one partial or whole finger or hand amputation. More than 60 percent of patients with eye injuries had permanent vision loss. I hope you had a safe and injury-free Independence Day.

Summer typically brings a boom in trauma for hospitals, which can present challenges when critical drug products are in short supply. My practice is still dealing with intermittent shortages of IV fluids that our distributor indicates are due to manufacturing disruptions following last year’s Hurricane Maria. Basic medications, such as injectable morphine and lidocaine, are also only available in limited quantities and sometimes in sizes that staff members aren’t used to dealing with. When you’re used to drawing up 4mg of morphine from a single vial and now the vial contains 5mg instead, it’s a recipe for medication errors.

We’ve had to redo some of our EHR templates and defaults to address these changes in our drug supplies, which has led to issues with executing orders and quite a lot of read-back and clarification. Generic products such as IV fluids and morphine tend to have low profit margins, narrowing the available sources and increasing the risk of disruption. There have also been some quality-related recalls that can be at least correlated with manufacturers failing to invest in facilities that make these low-margin products.

Drug shortages aren’t something we like to think about in the US, but they can be challenging when a physician has to use an unfamiliar drug because of availability issues. I recently removed an embedded fish hook from a patient’s finger, and rather than having access to quick-acting lidocaine to deliver a nerve block, I had to use a drug with which I was less familiar and which took five times longer for the patient to experience anesthesia after I injected it. It meant more time for the patient to be in pain as well additional time for staff monitoring and disruption in my ability to see patients while I had to keep checking to see if he was numb. A recent survey  from the American College of Emergency Physicians notes that four in 10 physicians surveyed felt patients were negatively impacted by drug shortages. The FDA is trying to ease some of the shortages by allowing damaged products to be sold when they previously would have been recalled – morphine with cracked syringes was allowed onto the market with instructions for physicians to filter the drug before using it. 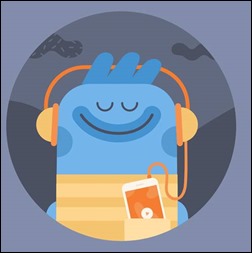 Speaking of the FDA, mobile app maker Headspace is hoping the agency will approve a prescription app for meditation. It subsidiary, Headspace Health, hopes to submit an application by 2020 and is preparing to launch clinical trials in support of the project. The app aims to help treat a variety of health problems, although the company is keeping mum on which ones due to concerns about competition. While meditation is increasingly popular, the health benefits have not been proven to the degree required by many evidence-based institutions although some studies show impacts on lowering blood pressure, reducing back pain, and improving irritable bowel syndrome. There is even less data on app-guided meditation. I know my Ringly bracelet and its associated app have some meditation features, but I haven’t tried them yet. I do like my singing bowl, however, for bringing calm into my often crazy days.

The Government Accountability Office released a document this summer that looks at the challenges faced by small and rural practices participating in the Merit-based Incentive Payment System (MIPS). The GAO interviewed 23 stakeholders including CMS and Medicaid employees, physician groups, and small/rural practices. Smaller organizations often experience challenges maintaining EHR systems of the quality needed to succeed under MIPS. In my experience, vendors can underestimate the complexity of running a rural health organization, whether it is specifically designated as a Rural Health Clinic by Medicare or is just in a rural area. Small and rural practices typically have fewer employees and are challenged by a smaller hiring pool that may not include potential employees with significant EHR experience.

I’ve worked with my share of rural practices, who often find the travel costs for onsite assistance to be daunting. This makes it difficult to see how their providers are using the system on a daily basis. Having them explain their pain points over a web conference just isn’t the same as following them into the exam room and watching their interactions with the patient and with the computer. It also makes it challenging to figure out causes of performance issues, such as office staffers streaming Netflix in the break room, because you’re not there to see it.

As a small-time consultant, I can get creative with those engagements and am willing to sleep in the hospital call room rather than at a hotel 90 miles away if it helps convince them to bring me onsite so I can roll up my sleeves and really see what is going on. I once stayed with a pediatrician at his home, which had a “mother-in-law” suite that hosted visiting medical students and prospective partners before I arrived on the scene. It was almost like being at a bed and breakfast, although he did ask me to bring a jar of sun-dried tomato spread with me when I arrived “from the city.”

If you’re a consultant or a road warrior, what’s the weirdest place you’ve ever stayed? Leave a comment or email me.