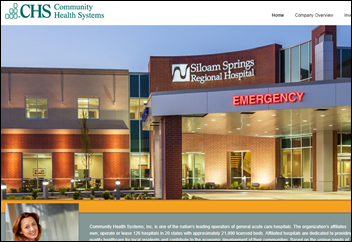 Wayne Smith, CEO and board chair of the publicly traded company, was paid $5 million with an $812,000 performance bonus in 2017 even as the company lost $2 billion and share price dropped 52 percent. CHS has sold 40 hospitals recently as it struggles to absorb its 2013 acquisition of Health Management Associates for $7.6 billion that left the company $14 billion in debt.

Over the past five years, CHS share price has slid 88 percent vs. the Dow’s 64 percent gain, decreasing its market cap to just $466 million.

Microsoft sued the company two weeks ago, claiming that CHS intentionally facilitated unauthorized use of its software in some of its divested hospitals and obstructed Microsoft’s ability to perform a full enterprise software audit as its agreement allows, claiming that limited information suggests that CHS’s enterprise size is at least six times what CHS had indicated. 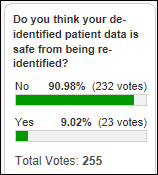 Just 9 percent of poll respondents think their de-identified patient data is safe from being re-identified. One respondent recalls the 1990s brash assurance of Massachusetts Governor William Weld that the publicly released hospital records of state employees were safe because they had been de-identified. Graduate student Latanya Sweeney (now a computer science PhD and Harvard professor) easily found the governor’s hospital records, including his diagnoses and prescriptions, and sent them to his office. She knew he lived in Cambridge, so she paid $20 to buy the city’s voter registration rolls and matched up the records from the two databases – only six residents shared the governor’s birthdate, only three of those were men, and only one lived in his ZIP code. Sweeney later showed that 87 percent of Americans can be uniquely identified by just their ZIP code, birthdate, and gender. Imagine what Facebook could do with its technology, money, and huge store of personal information.

New poll to your right or here: How important is Twitter to your exposure to health IT knowledge, news, or opinions? Click the Comments link after voting to explain further.

Check out the responses to my question, “What I Wish I’d Known Before … Selecting a Consulting Firm for EHR Implementation or Optimization.”

Answers to this week’s question might help those trying to decide if taking college courses while working is doable and worth the effort.

Veritas Capital has arranged $850 million in leveraged loans to support its acquisition of GE Healthcare’s IT business for $1.05 billion.

Need proof that healthcare is a business rather than a compassionate service to humankind? Goldman Sachs warns gene therapy companies that “one shot cures” will not deliver sustained cash flow compared to the recurring revenue generated by treating — but not curing — chronic conditions. 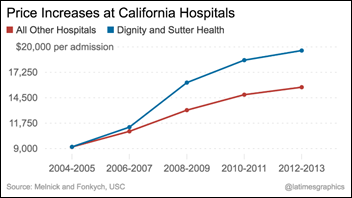 An LA Times article describes the lawsuit filed by California’s attorney general that claims that Sutter Health has used its market power to inflate Northern California inpatient costs to as much as 70 percent more than in Southern California. The article says: 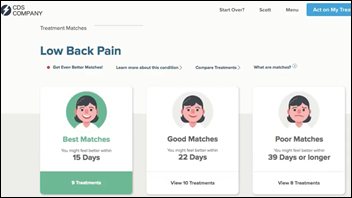 WiserTogether adds risk warnings to treatment recommendation plans in its Return to Health platform that include opioids as a treatment option.

Judges in the UK and France order Google to remove search result links to old stories covering the criminal convictions of two executives. The men complained that laws don’t require them to report previous convictions to prospective employers and therefore Google is presenting irrelevant information that infringes on their “right to be forgotten.”

Nova Scotia’s government charges a teen with unauthorized use of a computer after discovering that he had created a script to download all documents stored on a Freedom of Information Act portal, some of which weren’t supposed to be publicly available. The province had implemented no security on the site – documents were numbered sequentially, so the teen simply wrote a script to increment each URL and download the corresponding document, bypassing the site’s public page. Privacy experts say the government is looking for a scapegoat since the teen did nothing with the information he retrieved. 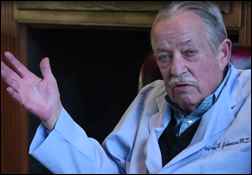 Seventy-five-year-old Jeffrey Johnson, MD gives up his obstetrics privileges at St. Alexius Medical Center (IL) after refusing to take its EHR training classes. He said, “I can’t practice any more at our hospital because I don’t know how to do the computer efficiently. I don’t really give a damn. I care that I can’t practice any more and I care that the corporation who bought our hospital says that I have to know how to do the computer to continue to practice.” 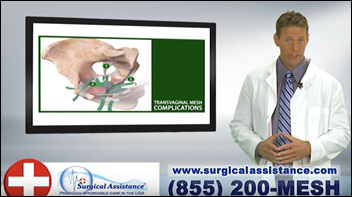 The New York Times exposes law firms that hire telemarketing firms to cold-call women who have received vaginal mesh implants and urge them to have them removed at company-hired surgery clinics. The reason: the law firms are pursuing mass tort lawsuits against the manufacturer and have realized that settlements are lower when the implant remains in place. The women were flown to Florida and Georgia, housed in motels, and sent to walk-up clinics for their procedures without meeting the surgeon first. Doctors who performed the surgeries made up to $14,000 per day, while the medical centers kept at least $15,000 per case even as some women experienced debilitating effects from the removal surgery. The patients sign a form binding them to pay back the surgery cost plus double-digit interest if their case is favorably settled, with upfront funding provided by firms that are backed by international banks and hedge funds. 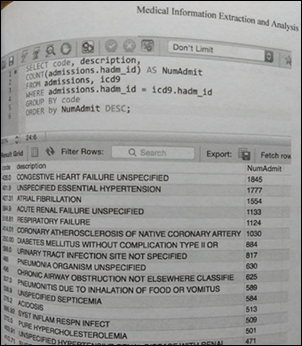 I’ve been looking over Alex Scarlat, MD’s book, “Medical Information Extraction & Analysis: From Zero to Hero with a Bit of SQL and a Real-life Database.” It’s a hands-on clinician guide for using SQL (the database tools and de-identified patient database are included) to answer common clinical / informatics questions, such as, “What are the number of patients and admissions associated with sepsis-related diagnoses?” I think it’s important for clinicians to be able to do their own data discovery – sometimes you don’t realize what information is available or how it’s represented until you look at the underlying database, which often then leads to more useful queries. I’m pretty good with SQL and understanding data definitions and table relationships, but for those who aren’t and who learn best from hands-on experience (which is nearly everyone), then you’ll have fun with this book.

Banner Health will pay $18 million to settle False Claims Act charges, but HealthLeaders Media finds the most interesting aspect to the story – this is the third such lawsuit filed by the same whistleblower involving previous health system employers. Cecilia Guardiola has netted $6 million from filing her lawsuits after just 16, 19, and 3 months of employment at Christus Spohn, Renown Health, and Banner, respectively. She’s both an RN and a JD and appears to have worked for Optum as a clinical documentation improvement specialist. Banner must not Google prospective hires since her previous lawsuits were filed before they hired her in mid-2012.

Vince and Elise complete their series on 2018’s top health IT vendors by annual revenue by reviewing the companies in positions 7-10 – CPSI, Harris Healthcare, Medhost, and Cantata Health. 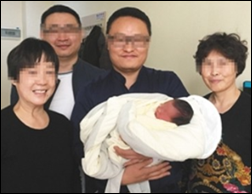 Odd: a couple in China dies days before their scheduled in vitro fertilizations, after which their respective parents sued each other hoping to convince a judge to give one of the couples access to the frozen fertilized embryos as “the only carriers of the bloodlines of both families.” The court agreed to release the embryos to a hospital, but since surrogacy is illegal in China, the four parents had to hire a woman in Laos to carry the baby. The baby boy was delivered on December 9, 2017, four years after his parents died.