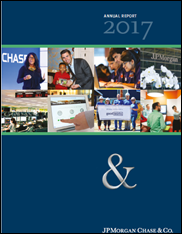 JPMorgan CEO Jamie Dimon provides shareholders high-level details about the employee healthcare venture the company is undertaking with Amazon and Berkshire Hathaway. He notes that “high deductibles have barely worked” to improve costs and outcomes.

A bipartisan group will “start very small” in working on issues that include:

Judging from these and prior comments, Dimon seems to be much less knowledgeable and motivated than Bezos and Buffett and his leg of the stool is the weak one with the most to lose from disrupting the status quo. I wouldn’t necessarily assume that his description of the plan is how it will play out, nor would I rule out Amazon and Berkshire going individually further than the combined venture.

From Not from Monterey: “Re: GE exiting health IT. Does that mean that existing GE/IDX customers will now be dealing with Veritas Capital rather than GE? If so, what does that mean for the future of GE/IDX?” I would expect Veritas to create a new company and name for its acquisition like they did with the Thomson Reuters business (renaming it Truven Health Analytics). GE will surely want its name off everything and Veritas probably has equal but different incentive to downplay the GE connection (every year it’s GE Healthcare and Allscripts vying for “worst vendor” in the HISsies voting). I don’t see much future for the aging, GE-mismanaged product line, so I’m assuming Veritas will just milk the maintenance fees until everybody transitions off the products. The one bright spot is the former API Healthcare, which GE has had only four years to screw up. If I were Veritas, I’d make that labor management software business its own company since it’s the only part of the portfolio that’s likely to generate acquisition interest down the road.

Trivia: according to Vince, this is the second time that GE has bailed out of health IT, the first being in 1971. Some of its acquisitions – again, per Vince – were Loral (renamed to Centricity PACS), Marquette Medical (renamed Centricity Perinatal), Per-Se (Centricity RIS), ORMIS (Centricity Perioperative), BDM (Centricity Pharmacy), MedicaLogic (office EMR), Millbrook (office PM), Triple G (Centricity Lab), and IDX (Flowcast, Groupcast, Carecast, and Imagecast, all renamed to Centricity, including the former PHAMIS product that IDX had acquired). Vince called the shot in his 2013 review of GE Healthcare:

We estimate GE has fallen several positions since their post-IDX peak. They even sold their RX system back to BDM in March! Is it the start of a second retreat from the HIS biz?

It’s the wind-down of this week’s “Wish I’d Known” question, so answer now and you’ll see your comments in this weekend’s recap.

Welltok raises $75 million in a second Series E round, bringing its total to $252 million. 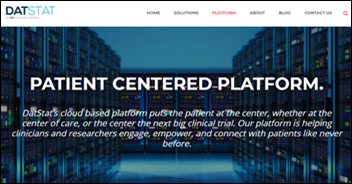 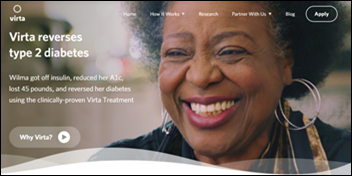 Virta raises $45 million in a Series B funding round. The San Francisco-based company has developed a clinical treatment and continuous remote monitoring technology for the prevention and reversal of type 2 diabetes.

Microsoft assures customers it will not engage in joint technology ventures with them and then set up competing businesses. It cites as an example 365mc Hospital in South Korea, which has partnered with Microsoft to develop motion-tracking AI software to improve surgeon performance.

A newly filed Allscripts 8-K SEC form seems to say that Netsmart will acquire Barista Operations from Change Healthcare for $168 million. I take to mean the former McKesson Homecare software system that was sent to Change Healthcare as part of McKesson’s technology business. 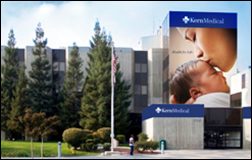 Veterans groups voice their lack of confidence in acting VA Secretary Robert Wilkie and his ability to keep the yet-to-be signed Cerner contract on track. 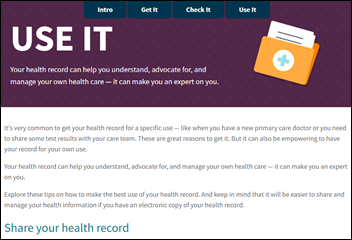 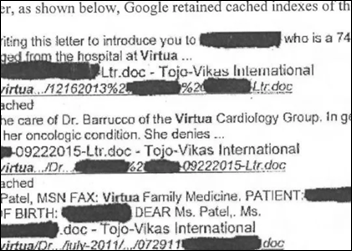 Virtua Medical Group (NJ) will pay $418,000 to settle allegations that it exposed medical records of 1,650 patients. Discovered during a patient’s Google search, the exposure occurred when the group’s transcription company, Best Medical Transcription, misconfigured its server, allowing the records to be accessed via FTP site without a password.

A NEJM op-ed piece says we may be approaching the limits of how much impact changes in process, culture, and narrowly-focused technology can have on patient harm, suggesting that AI-powered computer vision – such as that used in Google’s experiments with self-driving cars – could improve the screening of medical images, evaluate patient mobility, and monitor handwashing compliance. 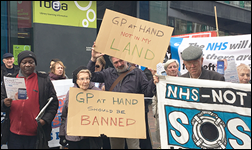