Outcome Health’s co-founders – CEO Rishi Shah and President Shradha Agarwal – step down from their management roles as part of a settlement with investors who had claimed that the company misled them about its performance.

Shah and Agarwal will remain on the company’s board as chair and vice-chair, respectively. They will also join Outcome Health’s equity investors and lenders in investing $159 million to improve its technology and customer operations.

Outcome Health will expand its board to include new independent directors and will launch a search for a new CEO. It will also hire an outside firm to audit the performance of its waiting room ad campaigns, which was the subject of an investigative report suggesting that the company had inflated the numbers. Several big-name investors then alleged that the company had defrauded them of $500 million.

A May 2017 fund raise valued Outcome health at nearly $6 billion, with the 31-year-old Shah’s stake worth $3 billion. 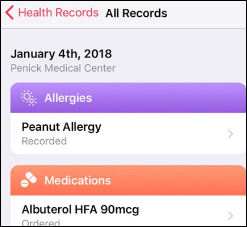 From Digital Dork: “Re: Apple Health Records. I don’t see why everyone is so excited. Patients can get the same information from their provider’s patient portal. It doesn’t even include OpenNotes.” I’m surprised that the perpetually underperforming health IT industry expected more from Apple’s beta release. The important takeaways are:

From Apple The InfoBlockers: “Re: Apple Health Records. Your source said they were more comfortable working with Apple, but patients have a right to their data. Why does it bring over a subset of data but not pathology reports, radiology reports, notes, and genomic data? ONC railroaded the public with Meaningful Use that didn’t give patients the full data from their EHR, but this gets the word out about patient-centric interoperability. It also puts to bed excuses by provider / vendor info-blocking consortia like DirectTrust, who have argued that patients can’t participate without in-person identity verification and the Halamka argument that ‘we don’t make patient data available because nobody wants it.’ FHIR is one of the most powerful info-blocking tools out there  and Argonaut in particular is a forum where providers define use cases that work behind the backs of patients. But that game is up since supporting a FHIR interface via a patient portal token means you can support it with any application the patient wants.” It may be that a tiny percentage of patients want to see their entire medical record, and even though there’s always the paternalistic fear that they might apply that information unwisely, I agree it’s their right. However, the average IPhone user is probably more interested in appointments, messaging, and quick access to lab results than second-guessing their pathology notes. Also recall that this is a beta release, a minimum viable product whose development will surely continue if demand exists. The reader observes that only three of the participating health systems use OpenNotes and Health Records doesn’t extract it anyway, so the patient portals of those three Epic sites will offer more information. I’m all for enhancing electronic records access, but what makes me really angry are the extortionate prices health systems charge patients to get even paper copies of their own records, especially when in-house technology makes producing them nearly effortless. 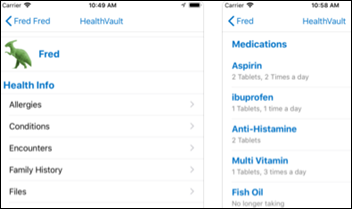 From Madison Ashley: “Re: Apple Health Records. The story in a Madison newspaper says Microsoft has shut down HealthVault just like Google did its Health app in 2011.” It doesn’t say that, only that some of its software has been turned off (it’s referring to the just-retired HealthVault Insights). However, an error-filled article posted on a questionable health IT news site boldly declared that Microsoft has “shut down HealthVault,” only one of many mistakes it cluelessly stated as fact  — HealthVault insights has not been “around since 2007,” HealthVault was never renamed to HealthVaults Insights, and Microsoft hasn’t ended its “mHealth app experiment” (although it might as well). Be careful who you trust for health IT news.

From Bob: “Re: HIMSS exhibitor staff rules. I’ve search endlessly trying to find your rules from a few years ago, such as no talking on cell phones or to each other.” I’ve riffed a few ideas out several times over the years, so since I get asked several times each year right about this time, I started a permanent list. See my “Tips for HIMSS Exhibitors” and send me your additional ideas. 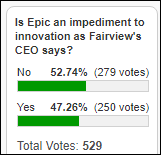 It’s a nearly even split on whether Epic is an impediment to innovation. Dev says the risk-averse health systems that spend hundreds of millions of dollars on Epic demand stability and that difficulty of integration is also a factor, adding that organizations can’t continue to wait two years for Epic to implement something and then take another year to run it by their in-house steering committees. Vic says both Epic and Cerner discourage third-party participation in installation, enhancements, and maintenance. Hermanator says its leadership, not the brand of EHR, allows provider organizations to innovate. Ex-Epic says the company’s aversity to PR and marketing mean customers, employees, and the health IT industry are kept in the dark, adding that Epic’s no-acquisition policy runs contrary to Silicon Valley, where everyone wins when side projects or acquisitions can change the world in the right hands. 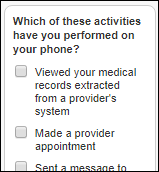 New poll to your right or here, as a follow-up to the Apple Health Records announcement: which of these activities have you performed on your phone?

I’ve talked to a few former KLAS employees about how their process works. I would be interested in talking to a couple of additional people just so I get the full picture, all anonymously of course. Contact me.

Listening: Massachusetts-based Speedy Ortiz, which overcomes an obviously limited inventory of talent to create some pretty good grungy rock. They donated their last tour’s proceeds to Girls Rock Camp Foundation. The singer studied math and music for two years before taking a poetry degree from Barnard College. The music is edgy enough to be interesting even when it’s not all that great. There’s also the new album from pastor and songwriter Cory Asbury, who crafts polished and highly listenable worship music. 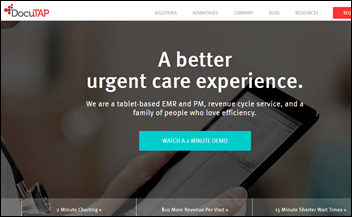 For those questioning DocuTAP’s two-minute documentation claim, here’s a video showing it in action.

St. Vincent’s Health Australia will expand its use of Vocera’s badge- and smartphone-based communication across its 15 hospitals and 17 senior care facilities.

Allscripts says it has restored all systems after its January 18 SamSam ransomware attack. Meanwhile, Surfside Non-Surgical Orthopedics (FL) files a class action complaint against Allscripts, saying the outage caused it to lose revenue and spend money coordinating with patient. The practice says the industry has known about SamSam ransomware since March 2016 and Allscripts failed to take reasonable security measures to protect its systems. None of this has affected Allscripts shares, which are up 7.1 percent since the attack vs. the Nasdaq’s 6.13 percent. 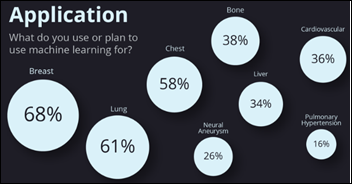 A new Reaction Data report asked 133 radiologists and radiology administrators about the potential use of AI in diagnostic imaging. Most respondents say it’s going to a big deal, although practicing radiologists are skeptical. The report notes that folks who say they aren’t all that familiar with AI also responded that it’s important, a case of what Reaction data calls FOMO (fear of missing out). Most respondents say they will implement some form of AI by 2020, while imaging centers surprisingly seem to have fallen far behind hospitals in progress so far. IBM leads in AI mindshare even though nobody reported implementing anything from IBM – most of the progress is in breast imaging and Hologic, GE Healthcare, Google, and ICAD lead the pack.

In England, a newspaper’s report says doctors are being pressured to manipulate patient EHR data to avoid hospital penalties for missing ED treatment time targets. Sources say they are changing admission times, performing phony patient transfers that sometimes makes it hard to find those patients, and discharging and then readmitting patients to restart the clock. NHS standards require patients to be assessed within four hours of entering the ED and to be held no longer than 12 hours before being admitted, although the stopwatch starts only when they are taken to an exam room rather than when they show up, excluding their wait time watching My Lady Her Honour Judy. 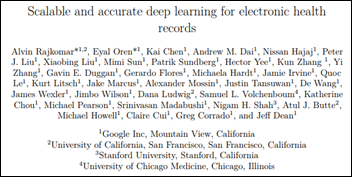