Can the patient manually add info to their file? Can they choose which info they want to share? Could they hide diagnoses, medications, etc.? I would think providers would be skeptical about the completeness and accuracy of patient-provided info. (Kermit)

How will Apple market this app to Epic MyChart users? Positives: Can likely have info from multiple providers in one location instead of pulling up MyChart accounts from each provider. Negatives: I didn’t see any patient access or billing topics and no provider messaging. So, user would still need to access MyChart to view upcoming visits, manage appts,. make payments, complete forms/questionnaires, update demographics, start an E-Visit. (Lynn Geren)

This is no surprise to many of us. I have been commenting here for years that PF was inflating (lying about?) its number of users. This is just a continuation of that pattern. (Numbers skeptic)

Epic actually created this initiative with Apple. 10 of the 13 sites involved are Epic sites and each of them will tell you Epic supported them in this endeavor. Epic has had Lucy and VDT and full access for Open Notes sites for a very very long time. (Nope)

I’m not sure I get what Novant and Wake have done. Happy Together is baked into Epic with the most recent version. The patient controls the joining of the MyChart instances across provider instances. Sounds more like marketing to me. (Defiant)

There are lots of after-market solutions for downtime EMRs and “lite” charts like the one Dr. Jayne described, and these often will pay for themselves after just once downtime. It’s a smart investment. (Cosmos)

A T&A implementation is perhaps the most complex project an organization undertakes for many of the reasons stated in the post. The main reason is that management is unaware or does not acknowledge the varying pay practices across their organizations. They underestimate the implications of these practices and are unprepared to deal with them during a T&A project. It is not unusual to find that these practices are costing organizations millions of dollars a year, year after year. I ask clients, are you prepared to pay everyone to policy? (Alan Bateman)

You can’t get comfortable and coast [in your current job]. If you do, you’ll wake up one morning and find yourself out the door when least expected. (HIS Junkie)

Both on purpose and unintentionally, as organizations seek out better solutions and question massive spend, bids can tilt towards the current vendor or away from it. As information is gathered across the organization, departments seek out wants and nice-to-haves framed against the current system. Often this leaves the current vendor in an unfair position, but just as often, the new vendor simply and smartly addressed weaknesses of competitors.(Don’t think twice it’s alright) 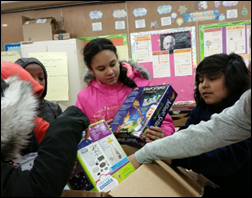 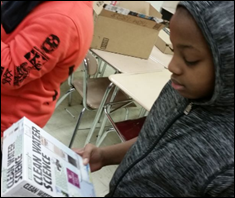 HIStalk readers funded the DonorsChoose teacher grant request of Ms. T from the South Bronx of New York asked for 50 STEM take-home self-exploration kits covering everything from solar mechanics to tin can robots for her middle schoolers. She reports, “Since the kits are self-contained, they can read and follow directions and carry out the various experiments on their own. They will then demonstrate their experiments for the class on Monday. This will give them an opportunity to show what they have learned. They will be the expert as they field questions from their peers. Some students are shy about making presentations. This will give them another opportunity to develop and practice their public speaking skills.” 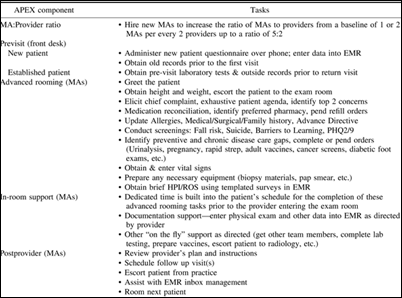 A NEJM opinion piece on physician burnout describes a University of Colorado team-based family medicine ambulatory care model redesign called APEX that has dropped clinician burnout rates from 53 percent to 13 percent, improved vaccination and referral rates, and reduced patient wait times. Provider productivity improvements made it cost-neutral. The patient’s visit starts with a medical assistant who gathers data, reconciles meds, lays out the visit, and identifies preventive care opportunities before the physician or PA enters the exam room. The MA stays in the room to document the visit, and after the clinician leaves, works on patient education and health coaching. The medical director says pre-APEX exam rooms were like “texting while driving,” but now the computer doesn’t intrude between clinician and patient, allowing the clinician to focus on synthesizing data, performing the physical exam, and making medical decisions without distraction.

A Los Angeles TV station’s investigation finds that up to 25 percent of reviews on Google, Facebook, and Yelp – including those for healthcare professionals such as dentists – are fake. A Beverly Hills dentist says he’s puzzled at several glowing reviews featuring reviewers whose profile photos feature images of minor TV celebrities, stock photos, or those of random people. I suspect that the dentist is in fact quite familiar with phony review services offered cheaply on Fiverr and other sites  – why would anyone post glowing fake reviews otherwise?

The non-profit, invitation-only Healthcare Innovators Professional Society (HIPS) for chief innovation officers and chief strategy officers launches from Texas Medical Center. Memorial Hermann CIO and Chief Strategy Officer David Bradshaw said that as a founding member, he’s looking forward to networking “without the chaos and scale of other major healthcare societies and conferences.” Membership is limited to 33 people and is not only free, it also covers the full cost of attending HIPS-related events, the first of which will be October 2-4 in Houston. I admire that the provided lunches feature Houston-specialty food by Goode Co BBQ and Lupe Tortilla. 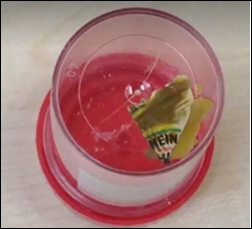 A newspaper reviews the bizarre patient cases that have been reported in BMJ Case Reports. They include: