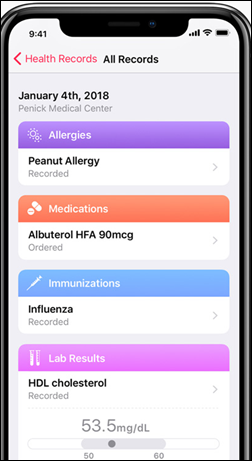 Apple announced Wednesday an update to the IPhone’s IOS 11.3 beta that will allow consumers to view their EHR information from one or more participating providers within Apple’s existing Health app. I spoke to insiders at some of the beta sites to get more information.

The initial sites involved are: 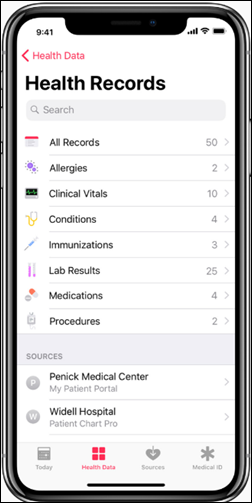 Patients will be able to view information extracted from the provider’s EHR that includes their allergies, conditions, immunizations, lab results, medications, vital signs, and procedures. The encrypted information is stored on the user’s IPhone rather than on Apple’s servers. Apple will not be able to see the information unless the user gives their permission. 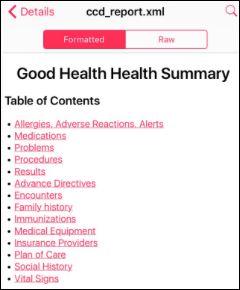 “It’s interesting,” one provider told me, “that Apple is possibly the most proprietary, closed software and hardware vendor and Epic is sometimes seen as its healthcare equivalent, yet they are connecting using open standards. That’s awesome.”

Patients of Epic-using health systems, for example, log into their MyChart account, retrieve an authorization code, and agree to share it with Apple. They then receive a token. “The process is slick,” a provider told me, adding that the process will likely be further polished and hardened to allow hospitals to onboard more easily. Epic will most likely productize the access method via an App Orchard app.

It’s important to note that Apple, unlike consumer medical records competitors such as Google, sells only hardware. Apple doesn’t develop enterprise apps, sell or use patient data, or have ambitions to build or acquire an EHR company. “Their only goal is to sell more IPhones,” a health system source said, adding, “we’re a lot more comfortable working with them than other companies with less-transparent ambitions.” Having direct access to EHR information is a differentiator from Android-based competitors whose market share is increasing over the IPhone.

The IPhone presents more than just a static display. Allergies include severity levels and lab results include the provider’s normal range and an explanation of the results.

I asked an insider about the testing involved and was told that Apple “does real testing, not just the usual hospital user acceptance testing.” That person was also impressed with the depth of health IT expertise that Apple has hired.

Apple in mid-2016 acquired startup Gliimpse, which was developing a platform by which consumers could collect and share their health information. That company described itself as, “Gliimpse solved the hardest medical data problem, aggregation plus standardization. Our product collects data from medical portals – without human intervention – combined with self-entered plus wearable info, all shared with others. Through Oauth & APIs, partners can build consumer and analytic apps.” Some of that technology or subject matter expertise presumably found its way into Health Records. Apple is also working on a variety of health sensors.

Apple is losing smartphone market share worldwide, though it leads the industry in profits. It is not likely that an Android phone maker can muster the resources and ecosystem control to develop something similar, although Google may try if it can enlist hospital development partners. Google retired its Google Health app due to lack of adoption after just four years in 2012, before the widespread use of EHRs, interoperability standards, and personal health devices. It ended up being a little-used place for people to manually enter their own health information that was then stuck inside the app. 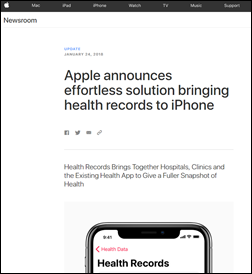 What the Mainstream Press is Missing

The mainstream press is dutifully re-wording Apple’s announcement, but is missing some significant but unstated points that will impact the health IT industry.