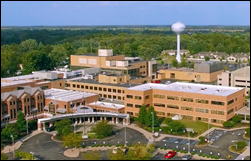 Systems at Hancock Health (IN) remain down following a ransomware attack Thursday. I saw no patient advisory on the health system’s website or social media accounts, but its patient portal gives a “this site can’t be reached” error.

The health system’s CEO said the attack wasn’t triggered by an employee opening a malware-infected email, adding, “This was not a 15-year-old kid sitting in his mother’s basement.” He declined to disclose the amount of the ransom being demanded.

From Pulpy Juice: “Re: KLAS. They should separate reports from a provider who has invested in a vendor in a separate category.I know of two companies that fit this situation, where the glowing reports of customers who own a stake in a vendor are folded in with those of real customers that have no financial interest.” It’s the same as site references or visits, where the supposedly objective peer organization is either being paid by the vendor or owns a stake in it. That situation can be somewhat resolved by asking that the provider and/or vendor disclose any relationships that might compromise objectivity, although you have no way to make them do it or to verify their claims. In KLAS’s case, the only solution I see would be to require vendors to disclose any customer ownership, then skip surveying those organization since KLAS has no way to tell whether the interviewee is influence by (or even aware of) that connection.

From Nida Partee: “Re: HIMSS parties. Can you post details of vendor parties that we as providers can be invited to? I think Cerner is having theirs Tuesday night but I can’t find others.” I never get invitations so I don’t know when they are. If you’re a vendor and are OK with providers registering to attend your event, send me the signup link and I’ll run it here. I would be hesitant to mention a “no signup required” party since I have a few dozen thousand readers and you don’t want to be overwhelmed. 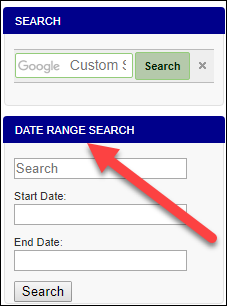 From Searcher: “Re: searching HIStalk for keywords and showing the results in chronological order. Can this be done?” Yes. Use the second of the two search widgets, with or without specifying a date range. It’s not as slick as the Google custom search above it since I had some guy create it for me, but it does allow specifying a keyword which then displays the results in date order. It is surprisingly difficult to even display a date on WordPress search results, much less to filter or sort the results by it.

From Born Free: “Re: GLG’s expert network. I’m curious about HIStalk readership from both sides – have you joined this or other network or does your company use one?” Readers are welcome to share their experience. It’s a brilliant business model for sure. I joined GLG many years ago in my pre-HIStalk days, specifying my area of expertise and desired hourly rate. They then emailed me occasionally with opportunities to complete a survey or get on a call with a vendor, although 90 percent of the time, that vendor wanted specific experience I didn’t have (such as working daily in the imaging field). Invoicing and payment was online, which was pretty cool back then. I remember getting on a call with an investment guy looking for health IT stock insight and I concluded that he should just recommend or buy Cerner shares. I should have taken my own advice now that I’ve looked up CERN’s historical share price – had I invested $10,000 on that day, my shares would now be worth $70,000.

Poll respondents think a filed lawsuit is newsworthy if it involves a high-profile dependent or makes dramatic claims, although 44 percent agree with me that since anyone can file a lawsuit and make unproven claims, it’s not news until a decision is rendered or a settlement is reached (possibly years later given our constipated, expensive legal system). Furydelabongo says he/she doesn’t care about intellectual property disagreements but likes to hear about those in which there’s an opportunity for public comments. Clustered is interested in lawsuits that resonate with his/her experience or that test some principle, although I would say it’s hard to separate a watershed moment from a plaintiff simply hitching a ride on a popular belief that may or may not be relevant.

New poll to your right or here, as suggested by a reader: do you trust KLAS’s product rankings? Click on the poll’s “comments” link after voting to elaborate further.

Listening: new from Norway’s The Dogs, one of my favorite hard-rocking bands ever.

What I Wish I’d Known Before …

A reader survey respondent brilliantly recommended a new feature called “What I Wish I’d Known Before …” in which I provide the topic, you provide the answers, and we all learn from them. The first installment will be, “What I Wish I’d Known Before Replacing My Hospital’s Time and Attendance System,” a question you will hopefully answer here. This is a great idea, but it will die quickly if I don’t get enough responses to be interesting. 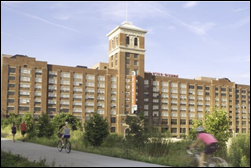 Athenahealth will move forward with previously announced plans to expand its Atlanta office by 40,000 square feet at a cost of $2.7 million. The company cut 60 Atlanta jobs in October as part of restructuring and elimination of 9 percent of its 5,500 jobs nationwide. 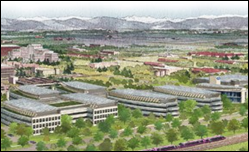 The VA’s Aurora, CO hospital – construction of which the VA has acknowledged to be running more than $1 billion over budget and years behind schedule – won’t have enough positions filled to be fully operational at its planned summer opening and won’t actually be fully completed. The new campus lacks  space for a rehab center, so the Denver hospital that the new one replaces will remain in use for at least three years. Total price for the new 182-bed hospital, originally pitched as $328 million, will exceed $2 billion, or $11 million per bed. The project is being run by the Army Corps of Engineers. 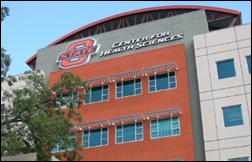 Oklahoma State University for Health Sciences (OK) notifies 280,000 Medicaid patients that their billing information has been exposed to an “unauthorized third party” who gained access to network folders. 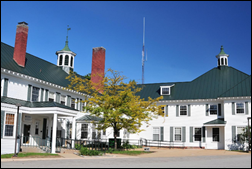 A frozen parking lot drain causes a sink to overflow in the lower level of an office building that houses the data center of MaineHealth’s Memorial Hospital (NH), causing service interruptions that won’t be resolved until Monday at the earliest when new servers and other equipment are delivered.

A doctor who has studied 757 physician suicides finds that: 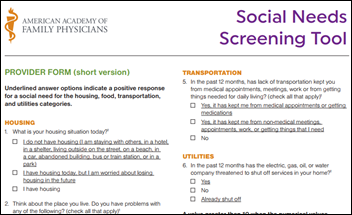 AAFP offers forms that allow family doctors to screen patients for social needs (aka social determinants of health). I’m not sure how this information could be incorporated easily into an EHR other than by manual scanning, however.

In Canada, a consultant’s report concludes that Nanaimo Regional General Hospital’s over-budget, behind-schedule Cerner rollout has been mismanaged by Island Health and recommends that further rollouts across Vancouver Island be halted until problems are fixed. The report disputes the  perception of the hospital’s loudly-complaining doctors that software is causing patient safety issues. The consultants say the hospital wasn’t ready for go-live, employees weren’t adequately engaged and trained, and the hospital’s toxic climate of distrust made it worse. 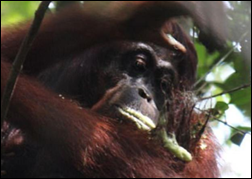 Weird News Andy says, “Dr. Ook will see you now.” Researchers from the Borneo Nature Foundation filming orangutans catch them creating a muscle-soothing ointment from plants by chewing them into a paste and then rubbing the paste onto the affected joints, piquing the interest of researchers who wonder if the plant’s anti-inflammatory properties could be used in humans. WNA says it’s weird because they could even use their feet to unscrew medication bottle lids.