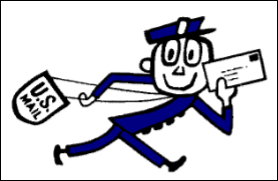 It’s been a while since I’ve shared from the reader mailbag. I have to say it’s been hard to keep up lately. I’ve been filling on an “interim” CMIO engagement that feels like it’s never going to end. The hospital hasn’t taken my advice on productive work and process improvement, so every day is an email battle. Couple that with an increase in spam and nonsense press releases landing in my Dr. Jayne account and it’s a recipe for late night eye-crossing.

From Retail Medicine: “Re: CVS-Aetna merger. I agree with your concerns. I envision their community approach to healthcare being short on care and long on profit. How do we work to protect patients who are not aware that they are not receiving the care that they need and deserve? It is clear that those setting the rules have little understanding or empathy of the situation.” The reader attached a copy of the letter they sent to the CEOs of both companies, which brings up many good points. A significant portion of visits to retail clinics may be unnecessary since they are for upper respiratory infections, sprains, and strains – all of which can be self-managed without clinical intervention using common sense remedies such as rest, fluids, and over-the-counter medications. We see this at our urgent care, where patients come in when they have had symptoms for only a few hours and haven’t tried anything to address the symptoms. Nurse triage lines could help, but many patients aren’t aware of the services their insurance plan offer. It remains to be seen whether higher co-pays for emergent and urgent visits will make a difference with these visits. Other points included the need for retail clinics to coordinate with primary care physicians through a comprehensive communication system.

From Vintage: “Re: smart glass in exam rooms. Sounds like big fins on autos in the early 1960s – eye-catching, but useless and phased out in a year or two. Surely the money paid for smart glass could have been allocated to investments with more direct impact on patient care or improvements to the working facilities of care givers. But it looks cool, I guess.” I suspect another way that cost savings could be achieved would be eliminating the large-screen monitors for so-called transparent charting. I’m sure there are plenty of physicians who don’t want their lack of typing skills or difficulty navigating the EHR to be obvious to patients. There are still too many physicians who fall into those subsets. I work regularly with physicians who have been using an EHR for years, but when you watch them, they navigate as if they have never seen the screens. I wonder if there is a biological condition that inhibits formation of muscle memory in a subset of end users? I’m always amazed when physicians who mastered complex medical disciplines struggle with straightforward actions like entering a chronic condition on a problem list.

From The Field: “Re: observations from implementing Epic. My clinical work is entirely divorced from my IT work – I show up, see patients, and head out, electing not to get involved in a multi-layered bureaucracy. No one thought to ask me to jump in on the rollout. As my clinical colleagues struggled with various issues and just blamed the EHR, I found myself slicing the baloney thinner. Some issues were with software. With a little research and overhearing some scuttlebutt, it became apparently that other issues were because certain modules of the software weren’t purchased. Still other issues involved configuration and some were user –dependent, where users upstream in the flow of clinical information weren’t using the EHR in ways that allowed downstream users to have a flow of data. A year and a half later, I realize that we are really still implementing the system, finally getting back around to fixing things. On another aspect, the support teams could be very enthusiastic but counterproductive. I began to dread calling in a bug because of the time it would take to process it while I was trying to see patients.” There are always rude surprises when end users discover they’re missing critical pieces needed for them to be successful. I see this when practices purchase a laboratory interface but fail to spring for the mapping needed to make ordering tests a seamless experience for clinicians. Or when content is missing for key specialties, or when non-visit but high-volume workflows such as care coordination or telephone medicine are weak. I admire a clinical informaticist who can manage scope well enough to avoid being sucked into a black hole that’s not in his or her sphere of ownership. The point about the help desk is well-taken – the best support systems I’ve seen involve having strong local super users who can quickly document the details of an issue and log it on the clinician’s behalf, allowing patient care to continue.

From Weirder than Weird: “Re: do-it-yourself circumcision kits. Did you see this article?” I intended to mention it, but it was lost in the holiday shuffle. There is a similar listing on the US Amazon site, although the item appears to be unavailable. That has left the door open for plenty of interesting questions, answers, and reviews. It made me curious what other medical or quasi-medical offerings were on Amazon. I was surprised to find biopsy forceps, uterine curettes, prostate biopsy transport vials, and ringing in at $1,400, a positioning kit for breast MRIs. While the “Young Scientist” brain dissection kit is unavailable, you can have a porcine heart or a fetal pig shipped for less than $45. From the comments on some of the listings, there are plenty of families gathering around the kitchen table to learn about anatomy. Apparently you really can get it all on Amazon.