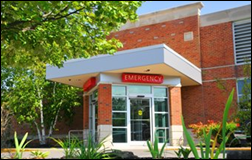 Some systems of Jones Memorial Hospital (NY) – including Meditech — remain down following an unspecified December 27 cyberattack. 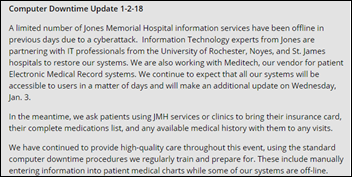 The hospital is asking patients to bring in their insurance card, meds list, and whatever medical history they have.

From Debtor: “Re: news article calling American Well a start-up. What’s the shelf life? That company was founded in 2012. Or is it just a more-hip way to say ‘small business’ with no implicit time constraint?” I agree. I posit that a “start-up” will possess these characteristics, the absence of any meaning it’s just a less-sexy “business”: 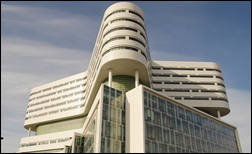 From Sparsely Populated: “Re: hospital construction. All those publish or perish authors should consider trying to correlate big health system construction expense with patient satisfaction and improved outcomes.” That would be interesting, as is the fact that some are questioning why health systems are building Taj Mahospitals while proclaiming themselves fit for purpose as benevolent overseers of declining public health. It’s a Pandora’s box of trying to tie non-clinical hospital overhead to their effect on the only metric that matters – patient outcomes. Locals, however, don’t understand or don’t care that health system costs sap the national economy even if they boost the local one, so they’re proud to show off fancy buildings to visitors. 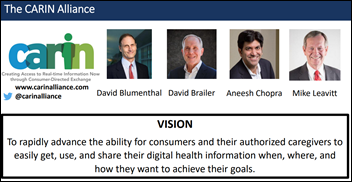 From Deal Watcher: “Re: wondering about EHR decisions. Singapore docs want Epic and the CIOs want Allscripts in a decision that was supposed to be made by December 31. Nova Scotia has been out on RFP and it’s between Allscripts and Cerner, perhaps on hold since the entire Canadian Maritime was considering collaborating on a single integrated EHR. The VA is still delayed despite strong rhetoric from Secretary David Shulkin – if interoperability is their goal, why invest $10+ billion in a new EHR that won’t get them very far instead of waiting a few years for MU3 and mandated APIs that will allow interoperability initiatives like the Carin Alliance go mainstream?” Singapore will announce its decision in the next 2-4 weeks, I hear. I haven’t heard about anything new from Nova Scotia. I’ve also never heard of the CARIN Alliance, an apparently for-profit member organization convened by former government officials as a Leavitt Partners project to facilitate consumer-directed exchange.

From MD Professor: “Re: prescription drug monitoring programs. In my state, the focus on reducing opiate prescribing has seen skyrocketing rates of IV heroin use and overdoses even as available treatment programs have been reduced in number and insurance covers less of the high cost. Prescribing of even non-opiate controlled substances requires five minutes to deal with the state’s website. It only works with some browsers and enforces rigid password and reset rules that encourage poor security practices. The hospital says EHR interfacing is too expensive. I personally think the state makes the process cumbersome on purpose to dissuade clinicians from prescribing, so I don’t expect improvements to PDMP integration or usability any time soon.” You’ve identified four significant problems: (a) reducing the supply of legally manufactured opiates has raised their street cost and pushed users to less-reliable products that may kill them or steer them to crime to pay for their habit; (b) we are mired in the never-ending “war on drugs” that cannot be won by Darwinism, incarcerating users or dealers, fining drug distributors, or trying to limit access to drugs; (c) addicts trying to quit have few affordable treatment options; and (d) the use of PDMPs is creating unintended consequences even as it sucks up provider time. I don’t know the answer, but I’m pretty sure PDMPs specifically and technology in general aren’t it. A public health expert would tell you that few chronic conditions can be resolved by shaming or punishing those who have them, even if their own choices contributed. 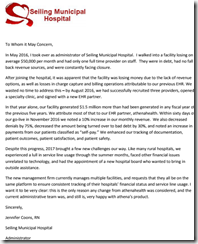 From Jennifer Coons, RN: “Re: Seiling Municipal Hospital (OK). I know there have been lots of comments and rumors on HIStalk about my hospital and our decision to change vendors and I wanted to take time to address them and put them to a close. I appreciate your consideration in posting this letter to your readers.” Jennifer is administrator of the hospital. Click the graphic above to enlarge her letter explaining why the hospital recently reversed its decision to replace CPSI/Evident Thrive with Athenahealth and is now back on the former. 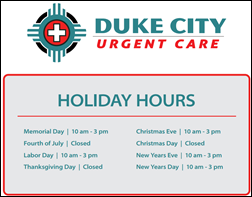 From Sick Doc: “Re: urgent care centers. I became ill with a high fever on New Year’s Day. All the urgent care centers were closed for the holiday.” I’ve often said that it’s no wonder that people show up in the ED for non-emergent issues. Private practices are nearly always closed outside of what used to be called bankers’ hours, urgent care centers set their own hours, and health system clinics stick to a university-like schedule, with only the ED offering the certainty that the lights will be on and the desk staffed. You would think a provider business case exists for being available for the other 14 or so hours each weekday plus weekends and holidays. I wonder if telemedicine providers similarly limit their availability?

From Banner Downgrade: “Re: Banner – University Medical Center, Tucson, AZ. A patient writes to the paper to complain about the EHR.” The letter writer says that following Banner’s “downgrade’ from Epic to Cerner:

Most poll respondents celebrate a winter holiday and most of those observe Christmas. Either way, the days are getting longer; we’re back in the post-holiday, pre-HIMSS frenzy; and it’s just 76 days until spring in the Northern Hemisphere.

New poll to your right or here: was 2017 an overall better year for you than 2016? You can elaborate further in the poll’s comments (click its “comments” link after voting). 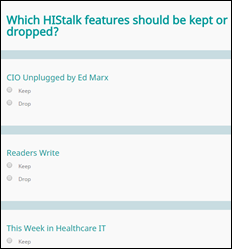 Some reader survey respondents suggesting eliminating some sections of HIStalk. I decided to let democracy rule – vote on which of the listed sections I should keep or drop in a survey I call “HIStalk Hot or Not.” I’ll be making a few more changes in response to feedback from survey respondents, one of whom received a late Christmas present in the form of an Amazon gift card (check your junk mail, folks, since all I had was an email address and the emailed gift card hasn’t been claimed yet).

This may be the last DonorsChoose update based on responses to the “keep or drop” survey above. One reader survey respondent dismissed the DonorsChoose updates as undesirable “virtue signaling,” a term (made up by a magazine in 2015) that I had to look up and found to be incorrectly applied since it indicates saying but not actually doing something virtuous (like helping teachers in need). Not to mention that I’m celebrating reader financial support of students, not bragging on my own. I admit that while most of the 570 reader survey responses were constructive and/or supportive, others ranged from dismissive to downright hostile and that always stings for awhile. 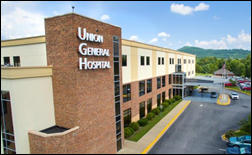 Sweden-based telemedicine and care center operator Doktor.se opens a clinic in a Swedish county where primary care is free, meaning that under Swedish law, everyone in Sweden can now access free virtual visits. 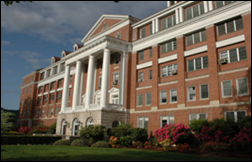 Doctors at the VA hospital in Roseburg, OR say metrics-obsessed administrators ordered them to discharge sick ED patients to make sure the hospital’s VA quality ratings (and administrator bonuses) didn’t suffer even though more than half its beds are always vacant. The hospital is also alleged to have told doctors to avoid listing congestive heart failure as an admitting diagnosis (since the hospital would be penalized for poor preventive care) and to steer chronically veterans to hospices to avoid having them counted as an in-hospital death. 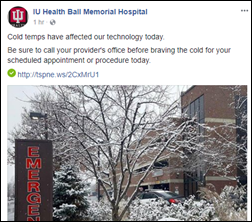 Here’s Vince’s 30-year look back at the health IT landscape of January 1988, when long-timers might have been distracted by the latest episode of “The Cosby Show,” the end of the war in Iraq, or the scramble to get Michael Jackson “Bad” concert tickets.