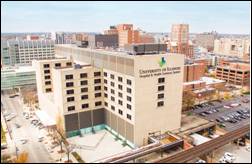 Cerner files a protest with the state of Illinois, claiming that it unfairly chose Epic for a $100 million project at UI Health, which uses both systems.

Cerner says its bid was lower and that it was not allowed to demonstrate its product during the selection. It also says that UI Health hired as its IT selection consultant Impact Advisors, which it says could benefit from an Epic selection, a charge Impact Advisors denies in saying it works with clients of all three UI Health bidders (Epic, Cerner, and Allscripts).

UI Health chose Epic in September 2017 with plans to replace systems from Cerner, Allscripts, and McKesson in a late 2019 go-live.

The health system responded to the protest by saying that it has experienced Cerner problems in the past; that Epic beat Cerner on RFP scoring; and Cerner wasn’t invited to do a demo because it failed a technical review.

UI Health says it twice tried to roll out Cerner ambulatory and failed both times due to system performance problems that it claims Cerner has admitted. It also notes that Cerner is ranked well below Epic by KLAS. Cerner pointed out that its academic medical center market share is significant and raises the question of how it failed the technical review, noting also that UI Health hasn’t upgraded its systems per Cerner’s recommendations.

From Considerable Girth: “Re: White House EHR meeting. It’s interesting that as it was happening, the VA seemed to be digging deeper into Cerner’s interoperability capability as their planned contract signing data passed. Could it be that Cerner downplayed the idea of interoperability to make the case that the VA’s only hope of connecting to the DoD was to also buy Cerner? Rumor is that politicians and even some White House folks are puzzled at how Epic has connected to dozens of VA and DoD sites and 100 percent of Epic sites that are interested in sharing information.” Unverified. The VA, which planned to have its fast-tracked, no-bid Cerner contract signed by now, seems to be suddenly realizing that theoretical interoperability with the DoD and community-based providers isn’t necessarily a reality. That’s the kind of information that should have been fleshed out in performing due diligence, dictating strong contract terms, and convening stakeholders to define mutually agreeable goals, all of which seemed to have been skipped in the VA’s White House-pressured rush to sign a Cerner contract. Both the VA and DoD have awful track records in choosing, planning, and executing IT contracts and allowing cash-flush vendors and consulting firms to pull wool over their eyes, so somehow I don’t think everybody (especially veterans) lives happily ever after just because Cerner is running in both places. I have heard speculation from a couple of folks that Cerner might have de-emphasized interoperability to the VA to make its product seem like the only logical choice for connecting to the DoD, and while that’s just talk, the VA seems to be parroting that concept.

From Gert: “Re: MedKeeper. Was recently acquired, but the mystery is who bought them.” Unverified. The IV workflow technology company lists no press contacts or other ways to reach it beyond product sales or support, so I couldn’t ask.

From FormerCIO: “Re: Dirty Dirge’s data on CHI is incorrect – they have only 103 hospitals and the allocation of systems is also incorrect.” I don’t have access to the Definitive Healthcare database to which that reader referenced, so I can’t say, although he or she seemed pretty solid on the details.

From Bet on Black?: “Re: Allscripts. Paul Black claims 1 billion third-party API calls to Allscripts in 2017. Vendors such as Athenahealth, Epic, Cerner, and Meditech – what is your apples-to-apples comparison?” That’s an interesting question, although the admirable “openness” could be a measure of the business necessity of supporting a narrower product line. It also depends whether common integration – such as simply displaying another company’s external clinical reference information via an Infobutton – should be counted vs. sharing data with actual transaction systems. Or for that matter, if transaction count in general is more a function of client volume than technical capability. Putting out a press release invites competitive comparisons. UPDATE: Epic says they’re handling 900 million transactions per month via public APIs, 415 million per month to power customer-developed services, and 21 billion connections to/from Epic-provided services (such as mobile apps and MyChart). So we have Allscripts at 83 million transactions per month to external systems and Epic at 1.3 billion – Cerner, Meditech, and Athenahealth, you’re up, at least if you believe that interoperability is about competing vendors rather than simply being happy that the market has demanded and received API access to EHRs. 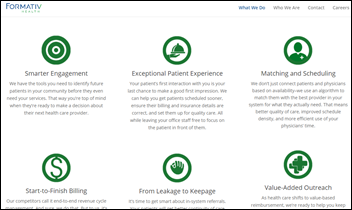 I sometimes cringe upon reading negative comments left on my annual Reader Survey, no different than a mother being told by a stranger that her child is ugly. Still, I take some comfort in the many positive observations and the fact that even critics are apparently still reading HIStalk despite the flaws they perceive. I spend many hours each day writing it and ask only that you spend maybe three minutes completing the once-yearly, one-page survey to provide hopefully constructive input. You get the pride of participating in the democratic process, the satisfaction that you didn’t have to wait in a freezing voting line, the freedom from being harassed at the polls, and the hope of winning a $50 Amazon gift certificate. I’m secretly hoping that the Russians try to rig the vote. 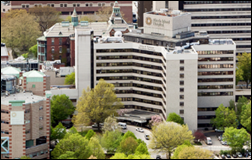 The struggling Lifespan (RI) and the struggling GE (in the form of GE Healthcare) will collaborate in trying to save the health system $182 million over six years by identifying inefficiency using “cutting-edge analytics and tools.” Recently tanking GE shares are trading at their 1997 prices after a couple of bursts of misplaced investor enthusiasm, the Dow’s biggest loser since 2001 when Jeff Immelt took charge. 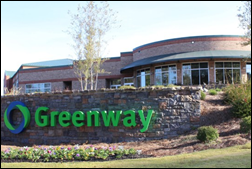 One-time high-flyer Greenway Health will close its Atlanta and Carrollton, GA offices in January and lay off 120 employees there as it moves operations to its Tampa, FL location. Greenway announced in October that it would merge functionality from all of its EHR/PM products into a next-generation product, but also said at that time that it would leave customer support intact in Carrollton while moving some functions to Tampa. The company was ironically recently named as Atlanta’s “Top Workplaces 2017” by the Atlanta newspaper. Greenway Health was created in 2013 as a repackaging of three holdings of its new private equity owner – publicly traded Greenway Medical Technologies, Vitera Healthcare Solutions, and SuccessEHS. Vitera was formerly Sage Software, which had purchased the former Medical Manager PM/EHR from Emdeon. Carrollton, population 25,000, is now stuck with an albatross of a street name since the soon-to-be vacated Greenway headquarters building sits on a street also named Greenway. UPDATE: the local business paper’s report that I cited was incorrect and has been updated. Greenway is moving some jobs from Carrollton to Tampa, but that office will remain open. More information is in the 12/18 Monday Morning Update. 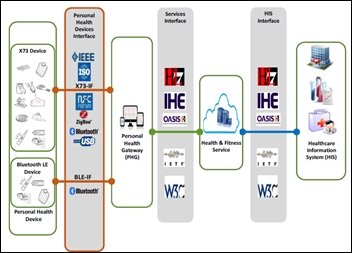 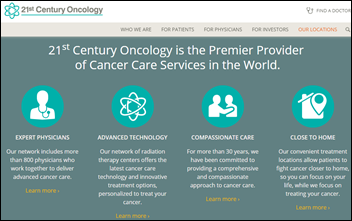 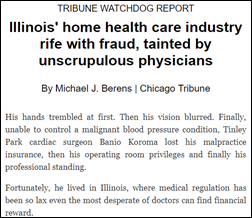 A Chicago Tribune report finds that medical regulation is so lax in Illinois that “even the most desperate of doctors can find financial reward,” pointing out the fraud-filled home health industry that finds it easy to swindle Medicare and Medicaid. It notes that anyone can start a home health business by just paying a $25 license fee with no criminal background check required, leaving them free to troll public areas to recruit patients which, under Medicare rules, don’t have to be certified for care first. 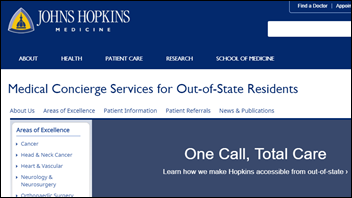 A former Johns Hopkins Health System patient appointments supervisor files a False Claims lawsuit claiming that he was ordered to “fill the plane” with patients from outside Maryland to skirt state limits on revenue paid by residents. The plaintiff says the health system’s medical concierge service prioritizes appointments for out-of-state patients as directed by top brass.

The FCC, as expected, reclassifies broadband providers as information services rather than telecommunications, reversing its 2015 ruling and freeing those companies from FCC oversight and thus allowing them to selectively prioritize or price traffic to any given website as long as they disclose their practices. Several states have already announced lawsuits challenging the decision. The broadband providers have declined to promise that they won’t do exactly what everyone fears, and unlike money-grabbing cable providers that can be easily fired, there’s no much of a cord-cutting option for the Internet unless you count cellular data. The only tiny consolation is that they didn’t abuse their customers too much before 2015, but that was a long time ago in Internet years. 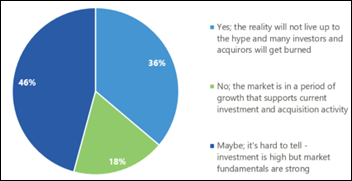 Eighty percent of the 500 C-level health IT executives surveyed by Healthcare Growth Partners report no impact on their business from the Trump administration’s activities and potential ACA changes, although the report notes that provider IT capital budgets were already in place for 2017 by Election Day. The number of executives who believe health IT is in an investment bubble increased from to 36 percent from 29 percent on 2015.

In Scotland, outpatients at Glasgow hospitals miss 12 percent of scheduled appointments, with 20-something men being the least reliable. NHS Greater Glasgow plans to enhance its automated text and call reminder system to require patients to respond to prevent their appointment from being given to another patient. 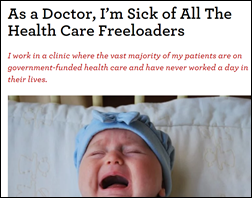 Texas medical resident Rachel Pearson, MD/PhD pens an Onion-worthy letter to the editor of a magazine, complaining that none of her patients have worked a day in their lives, they are ungrateful, they vomit and pee on her, and they have to be bribed to be examined. It’s a tongue-in-cheek reference to the still-unfunded federal CHIP program that insures most of her pediatric patients. 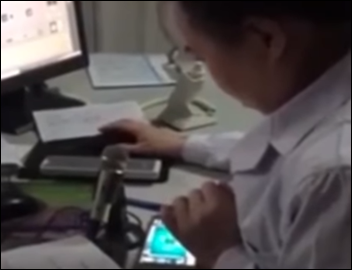 A hospital in China suspends a radiologist after she is caught on video playing a phone game while performing a CT scan.