CliniComp, fresh off its failed legal challenge of the VA’s choice of Cerner in a no-bid contract, sues Cerner for patent violation. 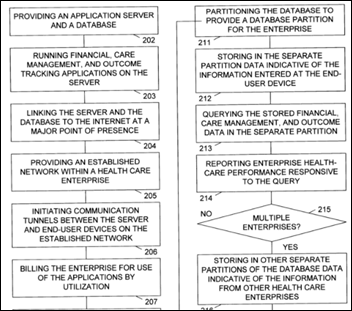 From Dirty Dirge: “Re: big health system mergers. Who wins, Epic or Cerner?” I would instead ask whether the potential benefits of standardizing systems justify ripping and replacing existing EHRs when their sites cover a big swath of geography without much service area overlap. Maybe it’s OK to limit patient information exchange to the basics, like CCDs, since patients rarely seek care outside their local area. The most compelling argument would be populating a single database that can support analytics, operational analysis, research, and best practices, but that could theoretically be done on the back end with a lot of semantic data translation. The only comparably sized  model is the Kaiser’s use of Epic, but their implementation happened a long time ago; they have more focused corporate control than I would expect of newly merged health systems that can’t even name a single CEO; and Kaiser controls more of the patient experience as an insurer as well as a provider. Perhaps most at risk are Allscripts ambulatory or Meditech in sites included in the merger plans. My guess would be that the highest-priority system projects would involve administrative systems to allow executives to get a handle on their sprawling enterprises. We are really entering uncharted territory since most “huge” health systems have revenue of $2-5 billion vs. the dozens of billions that the proposed mega-mergers would create. Lower-tier vendors should take note – as hard as it already is to sell systems, it’s about to get a lot harder when you have to earn face time with a CIO who controls the IT strategy and budget of more than 100 hospitals (in comparison, Kaiser has only 39 hospitals).

In terms of dominant vendor in the two proposed mega-mergers, it’s obviously Cerner over Epic (109 vs. 65 and 130 vs. 39, respectively). Here’s a fun opportunity for Definitive or HIMSS Analytics to list the major systems (beyond just the EHR) used by these health systems that are contemplating merging.

From Comprn: “Re: Lifepoint Health. RIF including multiple VPs, about 25 FTEs, due to lower-than-expected earnings.” Unverified. The 72-hospital company cut its revenue and profit forecasts in late October due to fewer-than-expected admissions for the fiscal year. LPNT shares are down 15 percent over the past year vs. the Nasdaq’s gain of 27 percent, valuing the company at $2 billion. It’s probably tough competing with systems bigger than yours that don’t pay taxes and that are equally profit-motivated.

From Trust but Verify: “Re: White House EHR meeting. A news site says [publication name omitted] broke the story but I saw it two days before on HIStalk.” Correct. An anonymous reader sent me the agenda via my Rumor Report online form and I posted the information in Sunday night’s post. Nobody else ran anything that I saw until at least Monday morning, so I’m pretty sure all mentions were triggered by reading it on HIStalk. One site that emailed me late Sunday ran their item (with the agenda that I sent them) Monday morning, but didn’t give credit. I’m also surprised at news organizations that cite one particular health IT website as a source when it’s pretty much like Wikipedia, with no original content. 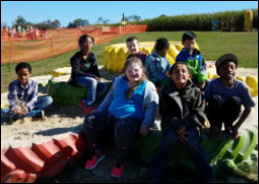 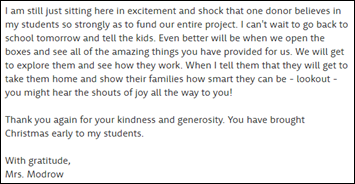 Cumberland Consulting Group’s employee volunteer and community action group donated $1,000 to my DonorsChoose project, which with matching funds from my anonymous vendor executive and other sources funded the entire cost of these projects for high-need classrooms:

Can you please take 3-5 minutes to complete my once-yearly, one-page HIStalk reader survey? I’ll use the results to plan for 2018, but if you need even more motivation, I’ll be randomly drawing respondents to win a $50 Amazon gift card. Thank you. 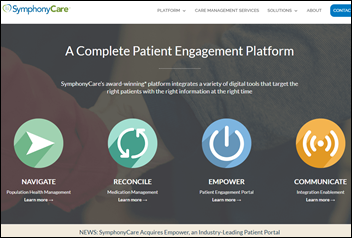 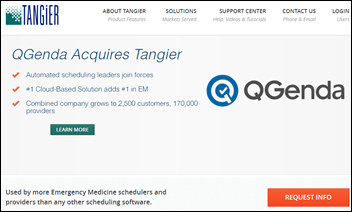 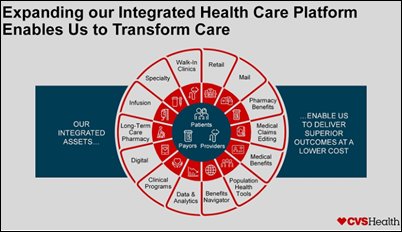 Aetna CEO Mark Bertolini tells investors that he envisions that a merger with CVS would allow placing health hubs in pharmacies that would serve as health system navigators, especially for the 60 percent of people who don’t have a regular doctor. He says it could work like the Genius Bar in Apple Stores. 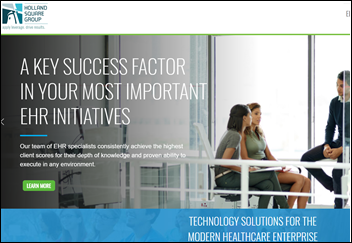 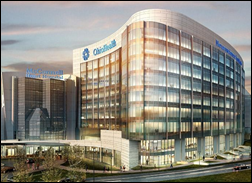 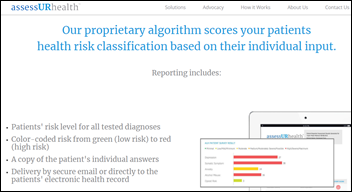 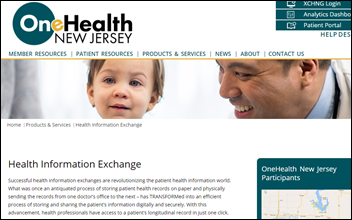 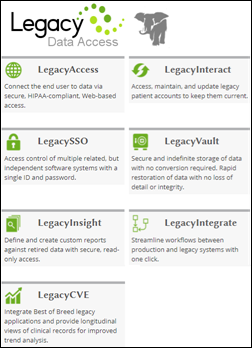 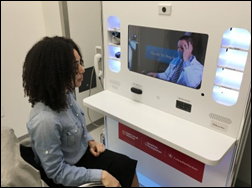 New York – Presbyterian installs telemedicine kiosks in some of its New York-based Duane Read drugstores, making its ED doctors available to review problems that are not life-threatening. 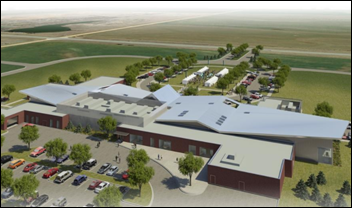 Ground was broken this week on what would have been Cerner CEO Neal Patterson’s 68th birthday on the Patterson Health Center, a $41 million critical access hospital on the Kansas-Oklahoma border that is mostly funded by the Patterson Foundation. The facility, which combines two existing hospitals that merged on November 1, will offer a 15-bed hospital, health clinic, rehab services, a wellness center, and public green space. The family was represented by Neal’s nephew Alan Patterson:

Uncle Neal never really left the farm. He came back to Harper County just about any chance he had. Even after he was a big shot on the cover of Forbes Magazine, he came home at harvest to drive a combine, bring meals to the field, and hang out with the guys when the work was done. If you drove by the farm, you would often see him running the company from a laptop while sitting on the front porch of the farmhouse where he grew up. To me, he was a big kid who was 30 years older than me but enjoyed doing the same things I did. He was like another high school buddy would come back to visit his parents and hang out …  Neal traveled the world and he saw something troubling that most of us don’t see. He saw that small towns were in a healthcare crisis and they were being left behind. He saw that people in rural areas had poorer overall health compared to people in bigger communities. Little hospitals were not the most profitable areas of the business, nor the ones that would help ensure his company made quarterly earnings… but he did not care. He knew that good healthcare facilities and technology were important to rural communities 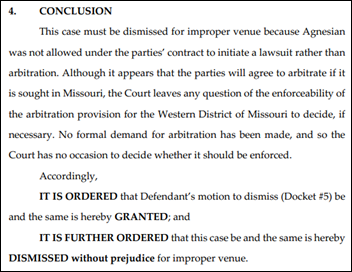 A Wisconsin judge dismisses the revenue cycle system lawsuit that Agnesian Healthcare filed against Cerner, noting that Agnesian’s contract requires it to submit to arbitration in Cerner’s home state of Missouri instead of suing. Anesian claimed in the now-dismissed September 2017 lawsuit that a botched RCM conversion from McKesson to Cerner in 2015 cost it $16 million in revenue and $200,000 per month due to coding and billing errors, while Cerner insists that it fixed the problems in 2016.

CDC Director Brenda Fitzgerald is recusing herself from issues related to health IT and oncology because she is legally required to keep her illiquid investments in LLCs involving Greenway Health (EHRs) and Isommune (cancer detection). Fitzgerald – a former OB-GYN, Air Force major, and commissioner of Georgia’s Department of Public Health – and her ED physician husband reported assets valued at up to $16 million. 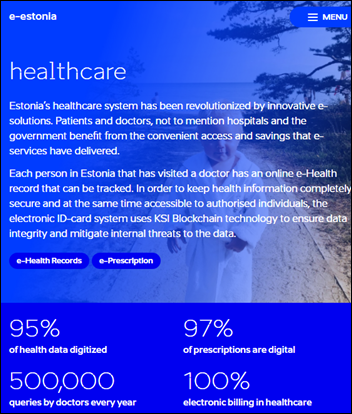 The New Yorker profiles “Estonia, the Digital Republic,” describing how the post-Soviet republic of 1.3 million people transformed itself into a digital society that embraces robots, a personalized chip ID, making nearly all business and personal information available online, giving every person ownership of data recorded about them, and a “once only” policy that pulls in existing information for everything from buying a house to seeing a doctor.  The country is reconsidering the definition of “population” by connecting virtual talent in an “e-residency” program that allows citizens of other countries to become residents of Estonia with access to digital services without ever setting foot in the country. Some snips from the fascinating article:

“I’ll show you a digital health record,” she said, to explain. “A doctor from here”—a file from one clinic—“can see the research that this doctor”—she pointed to another—“does.” She’d locked a third record, from a female-medicine practice, so that no other doctor would be able to see it …  E-ambulance is keyed onto X-Road, and allows paramedics to access patients’ medical records, meaning that the team that arrives for your chest pains will have access to your latest cardiology report and ECG. Since 2011, the hospital has also run a telemedicine system … Rita Beljuskina, a nurse anesthetist, led me through a wide hallway lined with steel doors leading to the eighteen operating theatres. Screens above us showed eighteen columns, each marked out with 24 hours. Surgeons book their patients into the queue, Beljuskina explained, along with urgency levels and any machinery or personnel they might need. An on-call anesthesiologist schedules them in order to optimize the theatres and the equipment … She logged on with her own ID. If she were to glance at any patient’s data, she explained, the access would be tagged to her name, and she would get a call inquiring why it was necessary. The system also scans for drug interactions, so if your otolaryngologist prescribes something that clashes with the pills your cardiologist told you to take, the computer will put up a red flag. 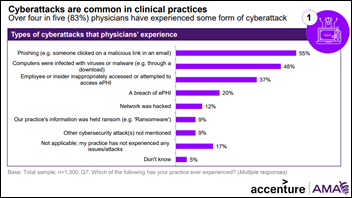 An Accenture-conducted, AMA-sponsored survey of 1,300 physicians survey finds that 83 percent have experienced cyberattacks and want cyber hygiene tips, a guide on conducting a risk assessment, and easy-to-understand HIPAA instructions. The survey’s methodology isn’t the best, however: 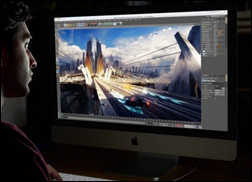 Apple will launch the IMac Pro this week at an entry price of $5,000 for 32 GB of memory and 1 TB of storage and up to $17K for a fully loaded machine, testing the limits of just how much of an Apple tax even professional users are willing to pay. It’s not an Apples-to-apples comparison, but my Acer laptop has 16 GB, 1 TB (along with a 128 GB SSDD for running Windows 10) and cheap available upgrades and I only paid a bit more than $500. Even that capacity is excessive since nearly everything I use is on the Web.

Two-thirds of the few dozen interviewed patients who got their lab results via a clinic’s patient portal weren’t given further explanation, sending most of them to Google to try to figure out what the results mean. The article concludes that just displaying lab numbers on a portal isn’t enough, especially for patients with abnormal results. 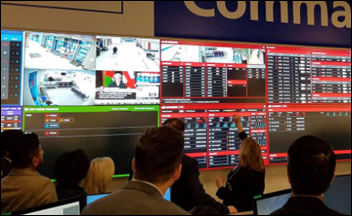 A just-published review of a 2016 Netherlands bake-off of 32 algorithms that analyze tissue slides to detect breast cancer metastasis finds that seven performed better than a panel of 11 pathologists when limited by typical workflow time constraints. The best algorithms performed equal to the pathologist panel when time constraints were removed.

A review of 1,300 clinic visits finds that patients asked their doctors for specific lab tests, referrals, pain meds, other medication an average of once per visit; the doctor agreed to write the order for what they wanted 85 percent of the time; and those patients who were turned down gave the doctor lower satisfaction scores. 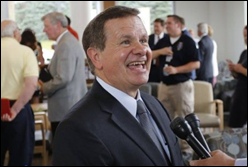 Javon Bea, CEO of five-hospital Mercyhealth (WI), was paid $8.38 million in 2016, far more than basically any charity or health system. The newest tax form I found was from 2014 and even then the CIO made over $750,000. Maybe nobody wants to live in Janesville, WI or work for Mercyhealth if they have to pay that much. Axios notes that even under his previously slightly lower pay, Bea earned $72 per patient day, although he told the local paper that his then-$3 million paycheck had no impact on healthcare costs even as he increased the system’s revenue from $33 million to $1 billion.