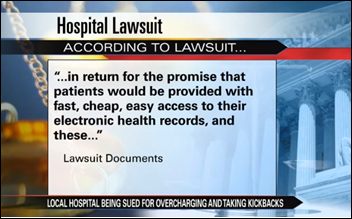 A newly unsealed state court lawsuit claims that 62 Indiana hospitals fraudulently attested for $300 million in Meaningful Use money because they don’t give patients copies of their medical records within three business days 50 percent of the time as required.

Two lawyers filed the suit after testing four Indiana Hospitals with a records request. They say that none of the hospitals delivered their records promptly even though all the hospitals reported that they had done so.

Their statistics were extrapolated to other state hospitals to assume that they, too are not following through on patient records requests in a timely manner. 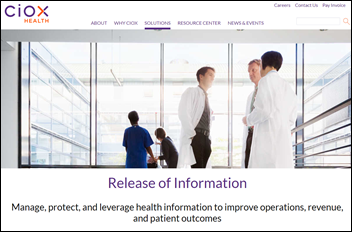 Also named in the lawsuit is records release vendor Ciox Health, which the plaintiffs say illegally profited from overcharging patients for their records in violation of anti-kickback laws. 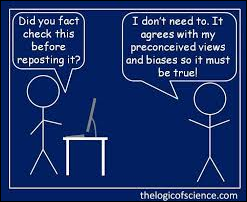 From Uncle Douger: “Re: HIStalk reporting bias. Have you looked at who is making those claims as article comments? I would be suspicious.” I will only say that those commenters claiming that I’m biased against any given company often use IP addresses owned by that same company. Today’s anti-journalism environment encourages anyone who doesn’t like particular facts to accuse those who present them of bias. There’s nothing I like more, however, than having my own opinion — when I actually state one — challenged and occasionally changed by rational and well-considered facts. 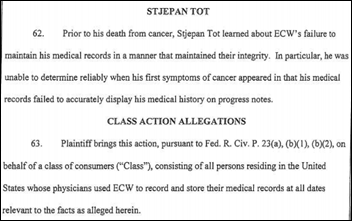 From Apple Alar: “Re: billion-dollar lawsuit against ECW. It’s interesting that it was filed as a class action suit rather than wrongful death / malpractice. The implications for setting a legal liability precedent for a vendor involving the content of the electronic health record would be game-changing. What about systems that send information to the EHR that is improperly presented there?” I don’t really know what to make of the lawsuit since the plaintiff made vague claims that her husband’s cancer wasn’t diagnosed because of EHR issues, but she wasn’t specific and didn’t name any doctors or hospitals as defendants. It also copied and pasted a lot of information from the DOJ’s settlement with ECW, which I took as an indication that it was a me-too claim hoping for a quick settlement from a company trying to distance itself from its $155 million payout. Attorney readers, what do you think?

From ExEpic: “Re: HIMSS compensation survey. They don’t even list Washington, DC as an option for the state or territory of residence.” I checked the survey and it asks, “In which state do you work?” in omitting DC but including an “Other US Territory” option.

I was reviewing the rehearsal of Thursday’s excellent webinar by PatientSafe Solutions and took note of the “wireless wellness” problem mentioned by both CIO presenters. It was a key lesson learned – every new application that would use the wireless network must be tested because some of them are poorly designed and could mess up other apps.

I like this brilliant quote as tweeted from a conference: “Palliative care is what all care would be like if we started over with healthcare.”

The Boston business paper reports that while Athenahealth is selling its Bombardier Challenger 300 jet in a cost-cutting move, it will keep its second aircraft, a propeller-driven Pilatus PC-12. I was curious about the cost of the Challenger – $24 million new with an operating cost of $7,250 per hour. 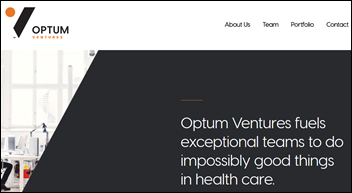 UnitedHealth Group’s Optum launches a $250 million fund to invest in early-stage healthcare startups, including digital health. If you’ve started a crappy company that everybody else’s digital health fund has passed on, here’s your chance.

Bloomberg predicts a wave of bankruptcies involving hospitals and healthcare vendors in 2018, especially for disproportionate share hospitals whose funding has been cut. 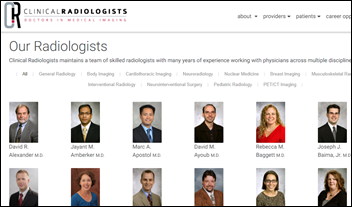 John Halamka, MD will serve as editor-in-chief of the new open access, online journal Blockchain in Healthcare Today. Another site run by the same company runs ads, so I assume this one will, too.

Health coaching app vendor Farewell names former US Surgeon General Richard Carmona, MD, MPH to its board. He’s also a combat-decorated Vietnam veteran and a Special Forces medic who also earned an AA degree in nursing and accumulated many awards as a deputy sheriff and SWAT leader. 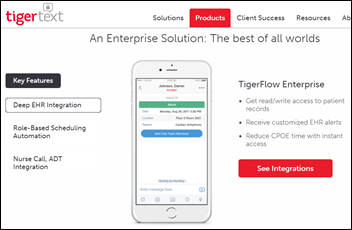 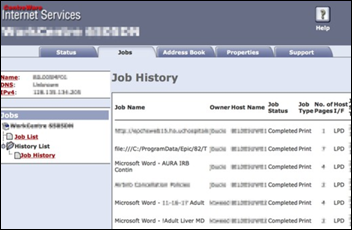 The University of Chicago student newspaper reviews the network log scans of its hospital, finding unsecured network printers that are being used to print PHI-containing forms that any hacker could theoretically access. They found Epic-issued print jobs containing organ donor information, diagnostic procedure reports, and prescription forms. The reporters also found Internet of Things devices such as cameras and sensors were accessible and sometimes controllable. In the all-too-common shoot the messenger scenario, the person who initially tipped off the reporters was identified during the university’s ensuing investigation and was “formally summoned to the Office of the Dean of Students.” 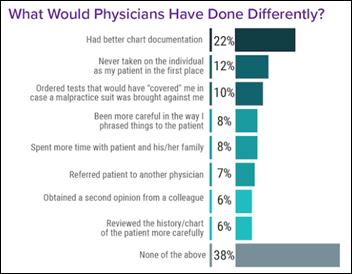 A Medscape survey of 4,000 physicians finds that half have been sued for malpractice, noting that New York OB/GYNs pay nearly $200,000 per year in malpractice premiums. Sixty percent of doctors said they were either encouraged or required by their insurer to settle their case, with two-thirds of those resulting in payouts of less than $500,000. A surprising 62 percent of doctors said the outcome of the lawsuit against them was fair, but one-third of those sued said they no longer trust patients, treat them differently, or left the practice setting after the lawsuit. Three-fourths of doctors in general say the threat of malpractice influences their actions. Doctors say the best ways to discourage lawsuits include communicating more effectively with patients, screening cases for merit by a medical panel, capping non-economic damages, making the plaintiff responsible for paying the legal fees of both sides if they lose, and banning lawyers from taking cases on contingency. 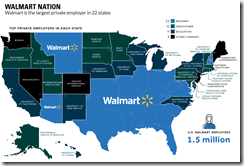 An interesting graphic (click to enlarge) shows that Walmart is the largest private employer in 22 states, but also unintentionally illustrates that 12 states have a health system as their largest employer. Unlike Walmart, those systems are tax-exempt and create profits that often involve less-direct societal costs in the form of Medicare and Medicaid. 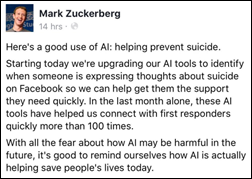 Facebook upgrades its AI tools to identify users who are expressing suicidal thoughts so they can be connected to first responders. 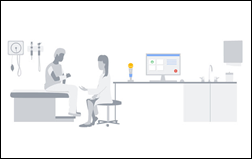 A Google Research Blog post says the company will work with Stanford researchers to understand how automatic speech recognition models can be used to transcribe physician notes, with a patient-consented pilot study looking at ways to reduce EHR interaction in capturing clinical information from conversations. It will use voice recognition technology from Google Assistant, Home, and Translate. A Google team just published “Speech Recognition for Medical Conversations.” 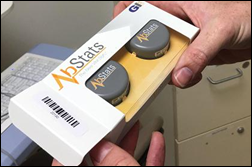 CNBC profiles Cedars-Sinai testing of AbStats, a stomach-attached wearable that analyzes bowel sounds to alert doctors that their post-op patients are capable of eating. The hospital is also testing the device to alert users that their stomach is empty so they eat only when it’s time. The inventor of AbStats is Brennan Spiegel, MD, MSHS, director of health services research at Cedars-Sinai. 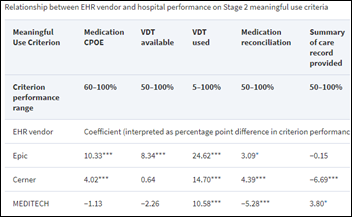 A JAMIA-reported study finds that hospital Meaningful Use performance is associated with the EHR they use, with Epic users scoring higher in five of six criteria. The article – which is of the “let’s merge some government databases and see if we can find something to publish” type — duly notes that correlation does not necessarily indicate causation, as hospitals that use Epic, for example, might well have different resources and motivations than those that don’t. It also correctly notes that MU criteria have little to do with patient outcomes. In that regard, I don’t see one iota of usefulness in the study, especially since the information is hardly actionable even if valid. It also fails to note that presence of EHR functionality (as measured by certification) doesn’t do anything to meet hospital MU requirements — the hospital creates and actively enforces policies on EHR use (maybe Epic-using shops just press their doctors harder to chase MU targets). I’ve seen sites pushing sensationalistic headlines around this article and interpreting it wildly incorrectly, making it even worse and more like an Epic commercial.

A JAMA op-ed piece proposes – not very convincingly – the creation of a “medical virtualist” specialty, with the proposed required training including “webside manner,” competency in conducting virtual examinations, and including families in virtual visit. It’s not clear why those specific competencies should not be included in regular medical education or as a certificate (no different than learning to use a particular EHR) rather than carving out yet another self-serving, expensively maintained medical specialty. 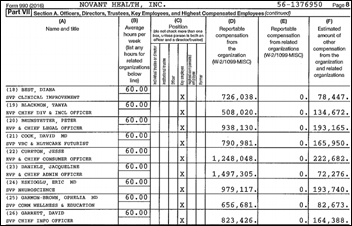 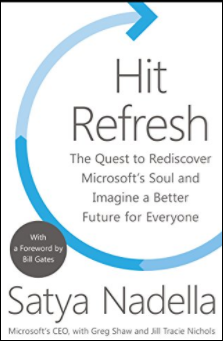 Microsoft CEO Satya Nadella says in his new book that he learned empathy after the 1996 birth of his son, who has cerebral palsy:

On one of his son’s hospital ICU stays shortly after Satya Nadella became CEO, the Microsoft executive noticed how many devices in the room were running Windows and were connected to the cloud: “It was a stark reminder that our work at Microsoft transcended business, that it made life possible for a fragile young boy. It also brought a new level of gravity to the looming decisions back at the office on our cloud and Windows 10 upgrades. We’d better get this right, I remember thinking to myself.”

The surgeon treating the minor tongue condition of a five-year-old asks the mother if she wants her daughter’s ears pierced while she’s under anesthesia, so she says OK. The daughter leaves with a repaired tongue, a pair of earrings installed, and an extra $1,900 bill for “operating room services” that her insurer refused to pay. Children’s Hospital Colorado demanded that she either write a check or deal with its collections agency, but eventually waived the charge. Meanwhile, one of the piercings was off center and had to be redone at a mall kiosk, which set her back another $30. 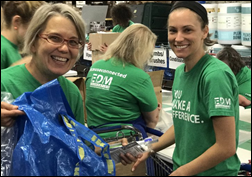