The company raised its 2017 financial outlook. It also reiterated its expectation to spend $50 million in severance and transaction costs starting in Q4 related to its acquisition of McKesson’s Enterprise Information Solutions business.

From Desperado: “Re: Verity Health (fka Daughters of Charity). As expected and reported on HIStalk, they are implementing Allscripts enterprise-wide. It will be interesting to see how the organization uses consultants, as the new owner Patrick Soon-Shiong is already rapidly cutting consultants.” Unverified. It was obvious that Verity was the client when Allscripts announced a new six-hospital Sunrise sale in August without naming its customer. Verity is rumored to have scrapped a year’s worth of product evaluations in being forced to choose non-frontrunner Allscripts as part of a deal between Soon-Shiong and Allscripts, which lost $150 million from buying since-devalued NantHealth shares as Soon-Shiong took a $100 million position in Allscripts stock that also went down. I’m sure Allscripts is happy to get a new Sunrise sale and the chance to earn back some of the losses that resulted from its ill-advised dealings with Soon-Shiong, but shotgun implementations by financially struggling health systems don’t always go well. 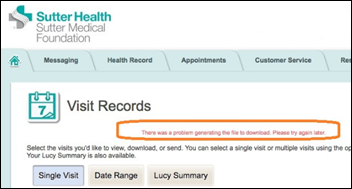 From Who Is Infoblocking: “Re: Sutter Health’s patient portal. Apparently early adopters of Epic’s portal have taken a big step backward when it comes to the ability of patients to download their health records, making it unreasonable for providers to attest unless the problem is addressed. See the attached error message, which appears nine times out of 10 when trying to download visit summaries. Not clear if this is a generic Epic issue or specific to the Sutter implementation.” Unverified, but odd if it sometimes works and sometimes doesn’t.

From This One Goes To 11: “Re: Athenahealth. Seems worried about a takeover of the company based on a recently filed 8-K.” Athenahealth’s October 23 change-in-control filing protects its top executives from acquisition-related termination by guaranteeing them a one-year severance, a 100 percent expected bonus payout, 12 to 18 months of continued medical and dental coverage based on position, immediately vested stock options, and a $10,000 outplacement grant. 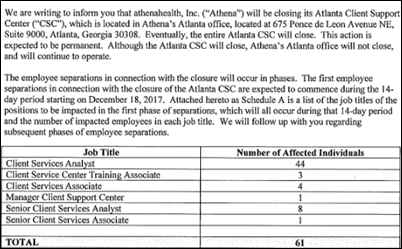 From Albacore: “Re: Athenahealth. I’m surprised by its layoffs in Atlanta, which includes closure of its entire client service center, 61 jobs in total. Affected job titles as reported to the state are a far cry from sales and marketing. RazorInsights was headquartered near Atlanta. Wonder how many of these people are supporting the inpatient platform and if this is early recognition of Athena pulling back from the inpatient market?” Unverified. Scheduling a layoff to start one week before Christmas is pretty cold.

I mentioned the excellent book “Misbehaving: The Making of Behavioral Economics” by newly minted Nobel winner Richard Thaler. Here’s an example of a brilliant observation from it. The CEOs of companies nearly universally seek high-risk but potentially high-reward startup acquisition deals, knowing that while most of the companies will fail, one or two will hit a home run and make the process profitable (the same theory venture capitalists apply). However, the decisions of which acquisitions to pursue rests in the hands of VPs, whose perception is that their personal upside to a successful acquisition is minimal (maybe a small bonus or promotion), while their downside risk is getting fired for choosing an unsuccessful one. That means CEOs will never know about deals that would interest them and potentially be in the best interest of the company and its shareholders. Thaler suggests that a single VP be held responsible for the overall performance of a package of acquisitions instead of being personally tied to just one. It is fascinating to me how corporate strategies and execution can be derailed by people whose biggest fear is being fired and who act accordingly. I’ve seen some ugly internal fights even in non-profit health systems, where mid-level executives destructively wage guerilla warfare against each other in trying to increase their influence or future job prospects. Patients were incidental to the infighting, of course. Organizational Behavior was one of my favorite MBA courses. 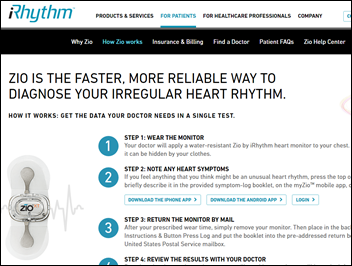 Arrhythmia diagnosis technology vendor IRhythm Technologies reports Q3 results: revenue up 49 percent, EPS –$0.28 vs. –$2.80, beating analyst expectations for both and raising revenue guidance. Shares are up 117 percent in the past year, valuing the company at just over $1 billion. 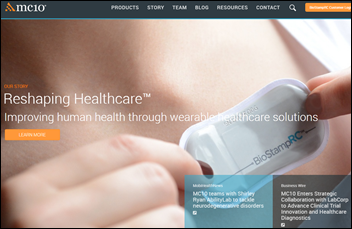 Philips predicts that its health technology focus will increase sales 4-6 percent in the next three years.

Apple reports Q4 results: revenue up 12 percent, adjusted EPS $2.07 vs. $1.67, beating analyst expectations for both with strong contributions from the iPhone 8 and 8 Plus. Shares rose nearly 5 percent in early after-hours trading as Apple closes in on becoming the first $1 trillion market cap company. 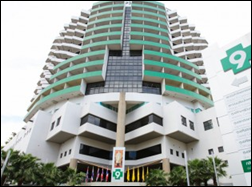 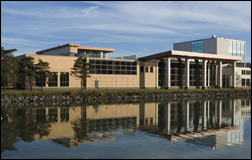 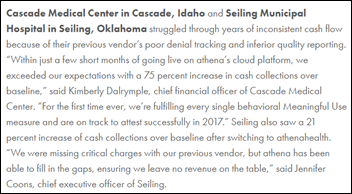 Two former CPSI community hospital customers return in choosing Evident’s Thrive EHR – Seiling Municipal Hospital (OK) and El Campo Memorial Hospital (TX). Both hospitals have new operators who reversed previous decisions to move to the systems of unnamed CPSI competitors. Ironically, Athenahealth showcased Seiling in a splashy announcement just two weeks ago, with the hospital’s CEO bragging on how its system helped with the its financial turnaround and criticizing “our previous vendor” that has apparently shed the “previous” part of the title under a new management company. 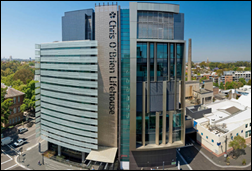 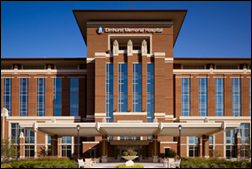 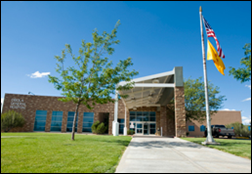 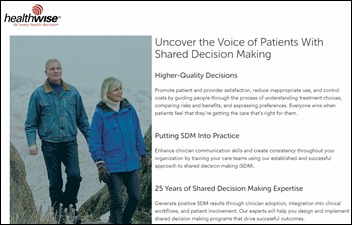 Healthwise launches shared decision-making programs orthopedics, cardiology, urology, primary care, and end-of-life, with the patient-expressed preferences saved back to the the patient record via HL7 connectivity. 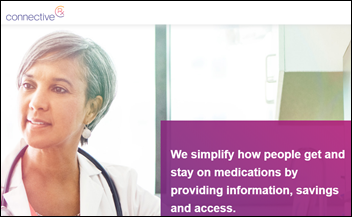 Prescription affordability and adherence solutions vendor ConnectiveRx announces that it has worked with analytics vendor EagleForce Health to screen 12 million prescriptions in support of the federal anti-kickback statute, in which government health plan prescriptions are reviewed in real time to make sure that no pharma co-pay cards or patient savings cards are used. 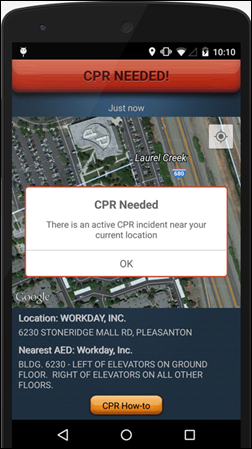 Washington, DC rolls out PulsePoint Respond, a free phone app that 911 operators can use to notify CPR-trained users of nearby cardiac arrests. The app also displays the location of nearby automatic external defibrillators.

Google’s AI-focused startup incubator announces four companies for its first class, all of them working in health IT. The chosen startups get training, mentorship, equity-free support, and access to hardware and software. 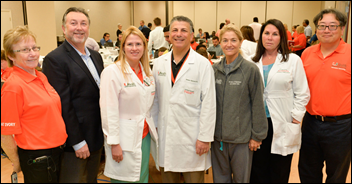 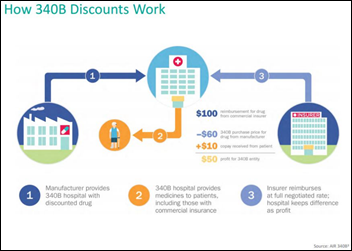 The AHA and two other hospital lobbying groups sue CMS in trying to stop reduction in payments under the 340B Medicaid drug rebate program that was originally intended to help underfinanced hospitals procure drugs for indigent patients. Hospitals make a small fortune (and have raised pharma’s ire) since the law doesn’t require them to limit the use of discounted drugs use to indigent patients or to pass along their savings to consumers or insurers, directly boosting their bottom lines but reducing those of drug manufacturers. An earlier analysis found that a single oncologist could boost a hospital’s profits by $1 million in ordering the discounted chemo drugs for patients with commercial insurance. 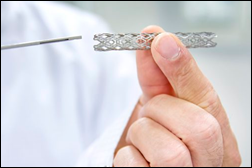 A study finds that the symptoms and exertion tolerance of non-emergency chest pain patients don’t improve after having a cardiac stent implanted. The study surprisingly involved performing phony stent implants on half the study patients, then compared the outcomes to those who received real stents. It will be interesting to see how this affects the hundreds of thousands of stents implanted each year, given that: (a) providers get paid richly for installing stents; (b) patients are always looking for a quick solution to their problems and have grown used to the idea that stents are a cure-all; and (c) doctors will likely be reluctant to reduce their stent use for fear of being sued for malpractice.

The local paper profiles an Oregon-based union employee of Legacy Health who says her hospital-provided health insurance –issued by an insurer acquired by the health system for a reported $247 million — “hardly covers anything” in her lymphoma care. The paper notes that the hospital is taking the employee to collections even as it booked a $126 million profit last year and paid its CEO $2.3 million. 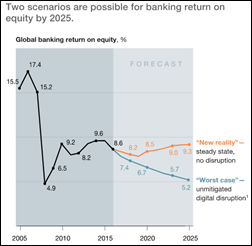 A McKinsey report on digitization of the banking industry likely has healthcare implications. New digital competitors like Amazon, Alibaba, and Google are threatening the bottom lines of banks, but those banks that embrace technology and improve their marketing and analytics will reap huge profits through upselling, optimizing their branch formats, enhancing sales productivity through tablet-based digital tools, industrializing operations with automation and artificial intelligence, and adopting APIs to allow working around legacy systems. McKinsey coins the “four horsemen of the e-pocalypse” to describe threats from digital players: 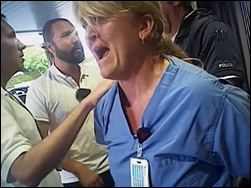 Alex Wubbels — the Salt Lake City hospital nurse who was manhandled by a since-fired city detective for following hospital policy in refusing to allow blood to be drawn from an unconscious patient — will receive a $500,000 payment even though she didn’t file a lawsuit. Salt Lake City and the University of Utah will each pay $250,000. Wubbels says she will use part of the money to help people obtain police body camera footage to prove their claims. She will also donate to the Utah Nurses Association and lead the ANA’s #EndNurseAbuse campaign. 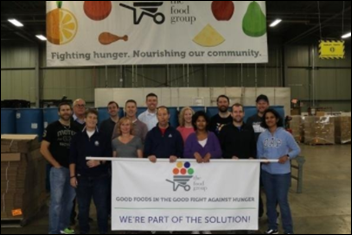