From the Cerner earnings call following announcement of Q3 results that fell short of expectations for both revenue and earnings:

Above is the five-year share price of CERN (dark blue, up 68 percent) vs. the Nasdaq (light blue, up 125 percent).

From Snowman: “Re: Citrix. Hearing 40 percent increases in maintenance fees when renewing. That’s another $300,000 per year for our medium-sized facility. Does that make them a monopoly?” Unverified. Anyone else seeing big maintenance jumps? Citrix isn’t exactly a monopoly since alternative virtual desktops exist, but its product is deeply embedded into the infrastructure and software vendor contracts of most hospital IT shops. I would be interested to hear from hospital CIOs who switched successfully from Citrix to something else for their core healthcare-specific apps and whether they experienced support issues.

From IT Maven: “Re: University of Washington. UW Medicine has had three chief health system officers in less than a year. Does this have anything to do with their decision no to go with Epic?” I doubt Epic was a key consideration for an executive of that level. The new CHSO’s predecessor lasted less than a year before stepping down in a mutual decision, replaced by an interim that I assume the reader is counting as the third person to hold the job since November 2016. 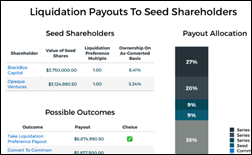 From Master of Startup Puppets: “Re: Crunchbase series. I think HIStalk readers would enjoy it.” The series called “A Startup Takes Flight” is an interesting fictional case study that covers early-stage funding, venture capital deal terms, and what happens when a startup sells.

From The PACS Designer: “Re: LiFi Mobile. LEDs can act as transmitters of signal in wireless systems. LiFi is high speed, bi-directional networked and mobile communication of data using light. LiFi comprises of multiple light bulbs that form a wireless network, offering a substantially similar user experience to Wi-Fi except using the light spectrum.” It sounds interesting, but line-of-sight requirements, as well as possible interference from ambient light, would seem to limit usefulness.

Poll respondents are mostly skeptical that IBM Watson will make a healthcare splash.

For those with short memories or short healthcare IT careers, it’s time to relearn the oft-repeated lesson that big companies dip their toes into and out of the healthcare IT waters all the time with little loyalty to anyone except shareholders. McKesson bailed out this year and now GE  is apparently mulling its exit after wrecking a slew of acquisitions over many years. Siemens is long gone. Nothing good ever comes from conglomerates licking their chops at what they naively think is easy money and higher growth than their other verticals (see also: Misys and Sage). How hard could this healthcare thing be?

Above is the five-year share price of QSII (dark blue, down 19 percent) vs. the Nasdaq (light blue, up 125 percent).

Tenet Health will lay off 1,300 employees. 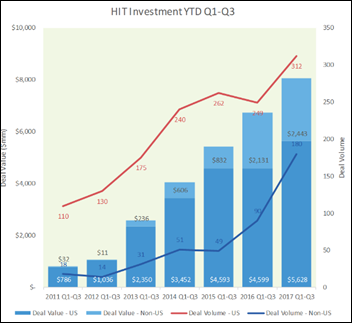 A Healthcare Growth Partners report finds that health IT investment is continuing at a record pace even as M&A activity has stagnated. The quarter’s big M&A deals were the merger of Navicure and ZirMed, the sale of The Advisory Board Company’s healthcare business to Optum Health, and the sale of WebMD. The big investment theme was genomic medicine. The article notes that the industry must be assuming that total addressable market and M&A activity will increase to absorb the 46 percent annual growth rate in investment that has occurred since 2011.

Aviacode CEO Keith Hagen takes on the additional role of board chair. 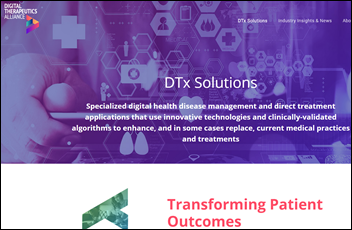 Drug maker Merck says it lost $135 million in Q3 sales and spent $175 million in direct cost due to its Petya ransomware attack in June. The company said in the earnings call that its Q4 results will be similarly impacted, raising the cost of its ransomware attack to at least $620 million. 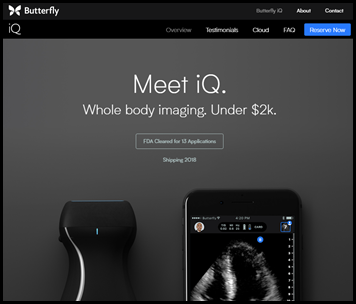 A vascular surgeon testing the FDA-cleared Butterfly IQ ultrasound device for smartphones decides to scan his sore throat, the result of which reveals that he has a since-treated cancerous mass. 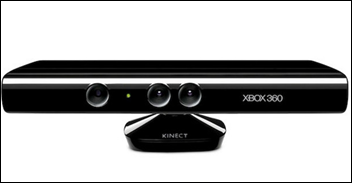 Microsoft ends production of its Kinect 3-D mapping and body movement sensor that in addition to is main purpose as an Xbox game controller was used in some healthcare applications, such as those for physical therapy, rehab, and health screening. Part of Kinect’s technology has been rolled into Microsoft’s Hololens. 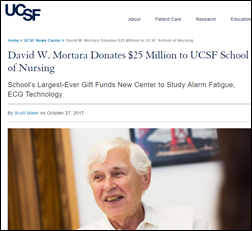 Medical device executive David Mortara, PhD donates $25 million to the UCSF School of Nursing to fund a center that will study alarm fatigue and overly sensitive ECG machines that contribute to it. Mortara sold his diagnostic cardiology and patient monitoring device company to Hill-Rom for $330 million in cash in January 2017. 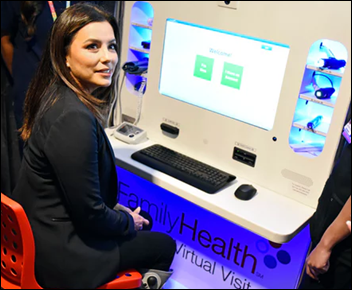 Actress and investor Eva Longoria helps introduce a virtual visit kiosk that will be offered to residents of an affordable workforce housing community in Texas. 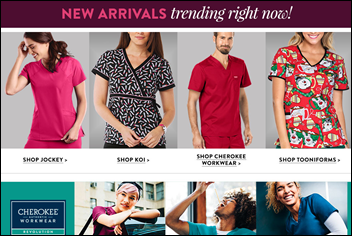 An interesting article looks at the big business of scrubs, worn every day by the nearly one in five Americans employed in healthcare who generate $10 billion in annual sales, mostly to wearers who buy their own. The latest innovation beyond adding licensed cartoon characters and form-flattering designs: scrubs impregnated with antimicrobials to help reduce the spread of infection.

In Scotland, the Royal Pharmaceutical Society says community pharmacists don’t have access to the electronic medical records of patients as they were promised, requiring them to call an NHS hotline to obtain the information they need.

Thomas Health (WV) lays off 10 IT employees following consolidation of systems it didn’t name. The hospital announced plans last year to move from Cerner/Siemens Soarian and Meditech Magic to Meditech 6.1. 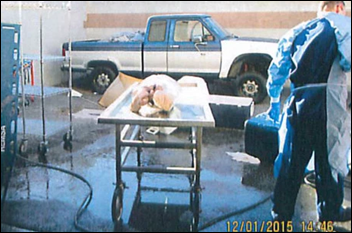 Weird News Andy is weirded out by this story covering the largely unregulated “tissue banks” that offer free cremation – sometimes in cahoots with funeral homes who invest in the companies — in return for donating organs to “advance medical studies.” It calls out Southern Nevada Donor Services, whose employee was caught using a garden hose in the parking lot of its warehouse to thaw a human torso, sending tissue and blood into a gutter. Most of the known “body brokers” are for-profit companies, one of which earned $12.5 million in three years. The companies were launched for as little as the $100,000 needed to buy a van and freezers, with some of the more frugal ones using a chainsaw instead of the much more expensive surgical saw to disassemble their donors into marketable components.

Vince takes us back to November 1987, when pre-adult Tiffany (who is now 46 years old) ruled the pop charts with “I Think We’re Alone Now” and a surprising health IT vendor’s ad bragged on being backed by a $5 billion company (which, like most big companies dabbling in healthcare, didn’t stick around long).