President Trump fires HHS Secretary Tom Price – not for his questionably legal stock trades, for serving as a political lapdog in trying but failing to torpedo the laws he swore to uphold, or even for squandering hundreds of taxpayer dollars on unnecessary charter and military flights — but rather for embarrassing the President in the press coverage about the flights, admitting his wrongdoing, and offering only partial taxpayer reimbursement.

The only regret the former Tea Party member expressed in his resignation letter is that he “created a distraction.”

Price also didn’t mention the $19 million Republicans spent to keep his former seat in the most expensive House race in history. A Republican PAC executive director obviously wasn’t thrilled with Price’s short stay in Washington: “While it was certainly fun destroying [Democratic nominee] Jon Ossoff and attacking Nancy Pelosi for three months, I am hopeful Dr. Price will use his newfound fame and leisure time to jet around the country and help make up for some of the $7 million we spent on the Georgia special election.”

Appointed as interim HHS secretary is Deputy Assistant Secretary for Health Don Wright, MD, MPH, an HHS long-timer who replaced Karen DeSalvo, MD, MPH in the January 2017 administration change. The permanent replacement will almost assuredly, like Price, have credentials that are more political than clinical.

From The Basics: “Re: SSN. Yesterday I visited my local hospital to review a bill. I was shocked to see my whole Social Security number on an employee’s computer screen. She said she didn’t know why it was there since she doesn’t use it. It only takes one dishonest person to steal the identity of patients.” 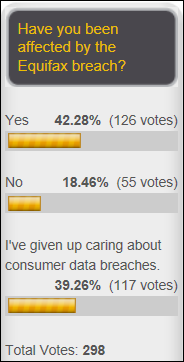 A bunch of us have had our information exposed in Equifax’s breach, although nearly as many of poll respondents have lost interest reading about the breach du jour. Some respondents expressed optimism that “the big one” may force companies to get their security act together, while several others said they’ve placed an indefinite freeze on their credit accounts with the belief that the hassle of unfreezing them as needed is still better than cleaning up the post-breach mess.

New poll to your right or here: should a vendor’s newly announced customer be required to attest that they hold no financial interest in the company?

October 19 (Thursday) noon ET. “Understanding Enterprise Health Clouds with Forrester: What can they do for you, and how do you choose the right one?” Sponsored by: Salesforce. Presenters: Joshua Newman, MD, chief medical officer, Salesforce; Kate McCarthy, senior analyst, Forrester. McCarthy will demystify industry solutions while offering insights from her recent Forrester report on enterprise health clouds. Newman and customers from leading healthcare organizations will share insights on how they drive efficiencies, manage patient and member journeys, and connect the entire healthcare ecosystem on the Salesforce platform. 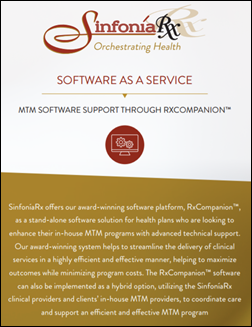 A Wisconsin court reduces the $940 million awarded to Epic in its intellectual property lawsuit against Tata Consultancy Services to $420 million. The original judgment violated Wisconsin law, which limits punitive damages to twice the compensatory damages, causing Epic to suggest a lower figure of $720 million. Epic says Tata employees working as Kaiser Permanente consultants stole thousands of company documents to help Tata create a competing system, but Tata says its lawyers believe the award can be set aside completely on appeal since Tata did not benefit from the information.

In Canada, Alberta Health Services signs a $368 million contract to implement Epic. It will replace 1,300 systems that it claims will cover most of the project’s overall $1.2 billion cost, although the province’s auditor is skeptical. 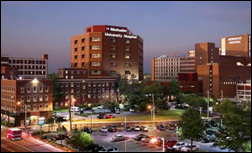 These provider-reported updates are supplied by Definitive Healthcare, which offers a free trial of its powerful intelligence on hospitals, physicians, and healthcare.

Black Book names its 50 health IT disrupters and challengers.

UMass Memorial Health Care was scheduled to go live on its $700 million Epic project this past weekend, replacing Siemes/Cerner Soarian.

The VA gives Congress the required notice that it plans to sign a no-bid contract with Cerner within the next 30 days. Secretary David Shulkin also announces that the VA will end work on 240 of its 299 open software projects, many of them floundering, to shift resources to the Cerner implementation. Shulkin urged private sector employees to join the VA’s Cerner implementation “because we need the A team on this.” 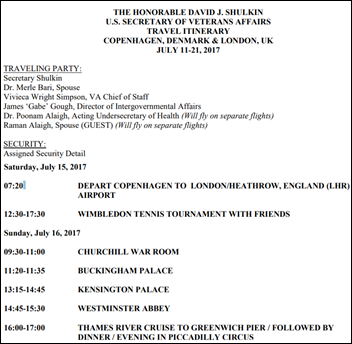 Meanwhile, the VA’s Shulkin has his own Tom Price-like problems to deal with as the Washington Post discovers that a taxpayer-paid trip to Europe included, in addition to discussions with officials in Denmark and England initiated by the VA, attendance at the Wimbledon championship and a cruise on the Thames that also included his wife, four other travelers, and six-person security detail. He took the trip, about half of which didn’t involve government business, less than two weeks after demanding that VA executives approve only essential travel.

The US Supreme Court will hear arguments Monday in a federal labor case that involves Epic and two other companies, a key issue being Epic’s requirement that employees sign away their rights to sue the company over labor issues and instead submit to arbitration.

Performer Cher sues Patrick Soon-Shiong for stock sale fraud, claiming that a drug company convinced her to sell back her shares cheaply and then sold the company for a higher per-share price to Soon-Shiong’s NantCell. The suit says Soon-Shiong paid $15 million for the company that is now worth $1 billion.

Temple University Health System (PA) attributes its $23 million budget shortfall primarily on the implementation of Epic, mostly due to high-than-expected staffing costs and its impact on operations improvement goals. 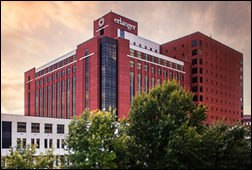 The president of Erlanger Health System (TN) says its 67 percent drop in net income from operations in the fiscal year is mostly due to its Epic implementation costs, as the health system paid Epic $33 million this year. However, revenue exceeded budget, also due to Epic. 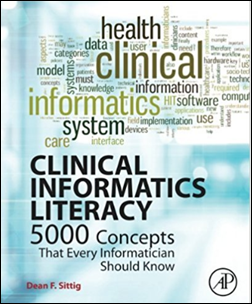 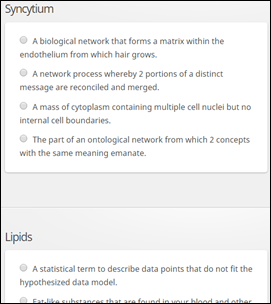 Dean Sittig, PhD, biomedical informatics and bioengineering professor at The University of Texas Health Science Center at Houston, just published a new book on informatics terms. Not sure if you need it? Take this 10-question multiple choice informatics terminology quiz that Dean created at my suggestion, check your score at the end, and then let Dean help you do better if needed.

Here’s Vince’s latest 30-year look-back on the health IT industry, which addresses the DoD’s 1987 EHR bid and the birth of HL7. 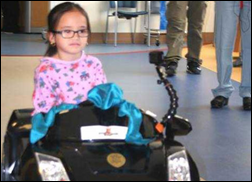 Weird News Andy calls this DWI – driving while immature. Rady Children’s Hospital rolls out (no pun intended) little cars that peds patients can “drive” (they’re actually controlled remotely) to the OR to help them relax before their procedure. The kids – like their surgeons with their larger equivalents – can choose from among a BMW, Mercedes, or Lamborghini.