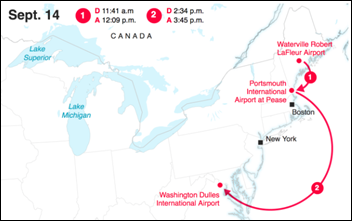 Politico reports that HHS Secretary Tom Price, MD took five flights on private jets between September 13 and 15 “at a cost of tens of thousands of dollars more than commercial travel.” Price’s destinations included Athenahealth’s MDP event in Maine, the Goodwin Community Health Center in New Hampshire, and the Mirmont Treatment Center in Pennsylvania. Those organizations have confirmed that they did not cover Price’s travel costs. HHS spokeswoman Charmaine Yoest has said that those flights “were important for him to get outside of Washington, DC, talk to real people on the ground, and using the travel arrangements we did was the best way to get him there.”

Other Trump administration officials have come under fire for their lack of fiscally responsible flying. Officials are reviewing travel expenses for Treasury Secretary Steve Mnuchin, who used an Air Force jet to visit Kentucky in August and later requested a military flight for his honeymoon (allegedly for security reasons); and for EPA Administrator Scott Pruitt, who has spent a considerable amount of money on commercial flights to his home in Oklahoma.

From Dave: “Re: Equifax post-breach customer service. From what I understand, if you go to the Equifax site and sign up for the free credit monitoring that they’re offering, the current terms and conditions that are agreed to by clicking through it, according to an attorney I was told about, say that you are hereby waiving any rights to participate in a class action suit. When the attorney called and asked Equifax about that, they told him not to worry and that it won’t apply in this case. Yet, they haven’t changed it and people are clicking on it. And it’s only there because of this very breach. Sounds fishy to me.”

Last call: HIStalk sponsors, submit your MGMA details for inclusion in our annual must-see vendor’s guide over at HIStalk Practice. Companies that are walking the show floor instead of exhibiting are also welcome to submit their information. The guide will publish the week of October 2.

September 28 (Thursday) 2:00 ET. “Leverage the Psychology of Waiting to Boost Patient Satisfaction.” Sponsored by: DocuTap. Presenter: Mike Burke, founder and CEO, Clockwise.MD. Did you know that the experience of waiting is determined less by the overall length of the wait and more by the patient’s perception of the wait? In the world of on-demand healthcare where waiting is generally expected, giving patients more ways to control their wait time can be an effective way to attract new customers—and keep them. In this webinar, attendees will learn how to increase patient satisfaction by giving patients control over their own waiting process. (Hint: it’s not as scary as it sounds!)

October 19 (Thursday) 12:00 ET. “Understanding Enterprise Health Clouds with Forrester: What can they do for you, and how do you choose the right one?” Sponsored by: Salesforce. Presenters: Joshua Newman, MD CMO, Salesforce; and Kate McCarthy, senior analyst, Forrester. McCarthy will demystify industry solutions while offering insights from her recent Forrester report on enterprise health clouds. Newman and customers from leading healthcare organizations will share insights on how they drive efficiencies, manage patient and member journeys, and connect the entire healthcare ecosystem on the Salesforce platform.

Video interpretation and telemedicine company Stratus Video opens a Center of Excellence in Dallas. The company expects to hire 200 employees from the area within the year.

Moffitt Cancer Center’s (FL) informatics subsidiary, M2Gen, will use an undisclosed amount of equity investment from Hearst to expand its cancer research efforts and data-sharing network.

The Dallas News cites unnamed analysts in an article claiming that HCA is a frontrunner to acquire some of Tenet Healthcare’s hospitals. 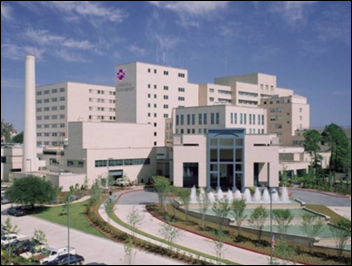 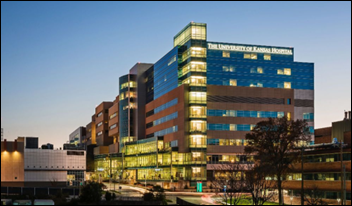 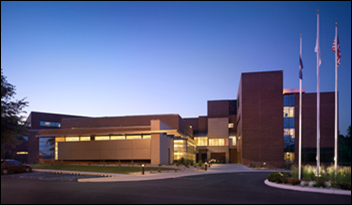 Intelligent Contacts develops a service that helps hospital collections staff bypass lengthy hold times when trying to get in touch with payers.

Providers can now access Doximity Dialer from within Epic’s Haiku mobile app. Dialer gives users the ability to call patients from their smart phones with one touch, while guarding the privacy of their personal phone numbers.

Amazon looks to give recently revitalized Google Glass a run for its money with Alexa-enabled smart glasses, the company’s first wearable. Users will be able to hear Alexa courtesy of a wireless bone-conduction audio system, and could wirelessly tether to a smartphone. Google Glass founder Babak Parviz joined Amazon in 2014.

LiveData launches a cloud-based version of its PeriOp Manager technology. 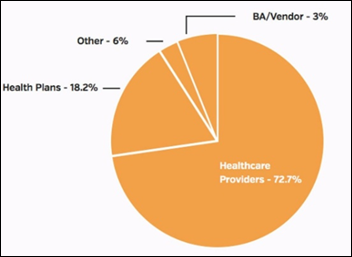 In its latest monthly update, Protenus reports that healthcare organizations experienced 31 breaches affecting 673,934 patient records – stats in keeping with the preceding seven months. Hackers were responsible for 55 percent of breaches, while insiders racked up 27 percent, pointing to a continued need for cybersecurity training.

VA Interim Deputy Secretary Scott Blackburn will assume the role of acting CIO when Rob Thomas retires next month. Thomas took on the role in February after CIO LaVerne Council departed with the Obama administration.

The CMS Innovation Center asks for stakeholder feedback as it considers a “new direction to promote patient-centered care and test market-driven reforms that empower beneficiaries as consumers, provide price transparency, increase choices and competition to drive quality, reduce costs, and improve outcomes.” CMS Administrator Seema Verma says in a Wall Street Journal op-ed that the agency will pivot its Innovation Center to offer providers new ways of delivering care, noting that value-based programs have resulted in market consolidation and reduced competition. Comments are due November 20.

Niam Yaraghi, a fellow in the Brookings Institution’s Center for Technology Innovation, argues in a Health Affairs blog that HITECH and HIPAA are as much at fault for the nation’s EHR interoperability problems as the vendors and providers that are being blamed. He recommends enacting policies that would give providers and vendors the option of charging fees for the the exchange of medical data, a move that would “unleash the long-awaited incentives for information exchange in the healthcare industry and open the floodgates of medical data to allow patients to access, manage, and transmit their medical data as easily as their financial data.” 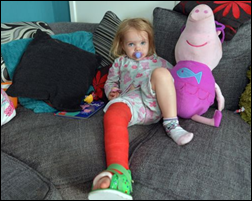 “Where are helicopter parents when you need them?” asks Weird News Andy after learning that doctors in Wales put a two year-old’s cast on the wrong leg. After taking the child back to the clinic a day later, the child’s mother says clinic workers were “making out as if it was my fault for not checking which leg it had been put on at the time. I told them that it wasn’t my duty to be aware of that and point out their mistake.” 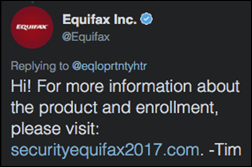 WNA shakes his head at the fact that Equifax linked to a fake customer support site that mocked the company’s breach follow-up for several days before realizing its mistake. The company’s Twitter account even got in on the action. Ars Technica reports that a security researcher developed the fake site to emphasize how easy it is to fool people into clicking on links and giving up personal details.