Readers Write: Why Healthcare Organizations Take So Long to Make Buying Decisions and How We Can Fix It (Part 1 of 4)

Bruce Brandes is founder and CEO of Lucro of Nashville, TN. 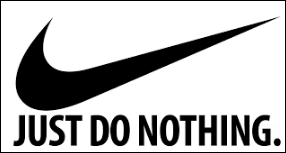 Over my 28-year career selling to health systems, the most common “competitor” to which my companies would lose a deal was the same: Do Nothing. For decision-makers across the country, there are many reasons that deferring buying decisions was historically a wise choice.

Rarely was there a compelling reason to make a decision at all. In the past, the economics, competitive pressures, and the underlying business model did not change meaningfully enough to encourage risk-taking. Frequently, if you waited long enough, potential industry changes would often just go away.

Further, vendors that sell “nice to haves” rather than “have to haves,” assume everyone in every hospital must want to hear their pitch. They create noise that is deafening to decision-makers. Plus, most purchases historically have not yielded the promised benefits or ROI and risk-averse buyers that have been burned before are hesitant to make the same mistake again.

As a healthcare vendor, the results of all this doing nothing (while trying desperately to find the person who is going to do something) include unclear value from traditional sales and marketing investments and the consequences of unpredictable business forecasting.

Moreover, there is real concern that the length of healthcare sales cycles discourages bright entrepreneurial minds and innovative investors away from our industry, despite the lure of “disrupting” a three-trillion-dollar annual spend.

In partnering with long-time hospital operator Charlie Martin, I was heartened to learn that he and his peers also found the ridiculousness of the buying / selling process in healthcare equally problematic. In fact, we’ve spent the past two years collaborating with some of the largest and most influential health systems in the country to gain a deep understanding of their challenges related long decision-making cycles.

One specific example was illustrated by the head of strategy for a large regional health system in the Southeast. Their organization had identified the need to be in the direct-to-consumer virtual care business. They followed their normal process to pick a partner — formed a committee, engaged a consultant, did an initial survey of the market landscape, sent out an RFI, had a lot of meetings, sent out an RFP, brought in a short list for demos, had more meetings, called references, and finally made a decision on a vendor partner for the project. The decision was made 24 months after they originally identified their business need.

During the two years of their selection process, the hospital system found that three other healthcare companies (none of which were historically competitive with them) had successfully built and deployed their own direct-to-consumer virtual care platforms in the same market. The incumbent hospital system lost the opportunity to engage, with a modern care alternative, the very community they have traditionally served for decades.

New industry forces (underlying financial models, competitive pressures, reduced volume, consumerism, etc.) in healthcare now dictate that organizations no longer have years, but months to make strategic buying decisions before the market may pass them by.

Together with healthcare organizations that collectively operate 20 percent of all the hospitals in the US, we identified three key areas with opportunity for improvement:

Over the next several weeks, we will detail the learnings that resulted in a new way for healthcare organizations to accelerate and de-risk their buying process.