Athenahealth CFO Karl Stubelis resigns “to pursue other opportunities” after just over a year on the job. Board member Jack Kane has been appointed to serve as interim.

Stubelis’s predecessor Kristi Matus resigned in May 2016 “to pursue other challenges” that her LinkedIn profile suggests she hasn’t found yet.

ATHN shares closed up 2 percent Friday on the news, but the year-long price chart is basically flat. 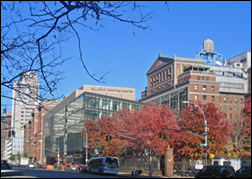 From IT Guy: “Re: expensive implementations like at Mayo Clinic. Same thing is going on at NYCHHC. With the total cost of some of these implementations, these hospital systems could literally BUY an HIT vendor.” We had that discussion many years ago at my hospital, where I somewhat jokingly suggested that we buy the company instead of its product since the investment wasn’t much different and we could at least control our own destiny. We also signed up with a desperate vendor that we privately worried we would drive out of business via the overly generous contract they signed in trying to meet that quarter’s revenue target. Don’t forget, however, that the software vendor’s licensing fees are a tiny chunk of the contract’s value, with most of the cost being labor (both internal and external), third-party licenses, and hardware. A $1 billion Epic implementation does not mean the health system writes Epic a $1 billion check. It’s also true that the client would have borne some of those expenses anyway – it’s not like they went from paper to Epic, they were already paying contract fees and labor for the legacy systems being replaced and the savings will offset some part of the new system’s cost. Finally, a lot of the figures you see are just a rumored number with no confirming detail.

More than half of poll respondents spend one hour or less each week on Facebook, with many of those not using it at all. Thirty-eight percent are on the site for one to 10 hours, while around five percent of respondents spend more than 10 hours weekly on Facebook. I can’t personally imagine that the seven people who park for 20 or more hours each week won’t eventually regret spending a big chunk of their lives staring at an imaginary world instead of taking 10 steps outside to see the real one where actual people and experiences live, but that’s just me. Quite a few people live under the illusion that they aren’t under Facebook’s spell, a premise easily disproven by observers who can plainly see how often and how long they are entranced by it on their PCs and phones.

New poll to your right or here: of the endless number of awards available in healthcare — most of them created solely to advance the agenda of the awarder – which ones do you think are meaningful? (you can choose more than one). Click the Comments link on the poll after voting to explain.

I was reading yet another celebratory announcement about a donor who funded the purchase of some hospital’s new diagnostic imaging machine as a benefit to the community. I’m puzzled why it’s a community benefit since the hospital isn’t going to perform those procedures for free (begging the question, why not?) The hospital will undoubtedly profit from cranking out more billable procedures on the machine, paid for by the insurance companies of those same community residents and thus raising the costs for all. As I’ve said before, I’ve spent most of my career working for hospitals and never, ever would I donate money to one or mistake them for a charity rather than a business of questionable motivation and management.

I’ve just about run out of DonorsChoose money even though I have matching funds left, but the project we funded for Ms. A in South Carolina  was a big hit as her students “clapped and cheered” when their new “teacher’s table” arrived, giving them a space to work on small group projects.

This week’s question: How well does your boss know you and your family socially? What off-work interaction do you have? 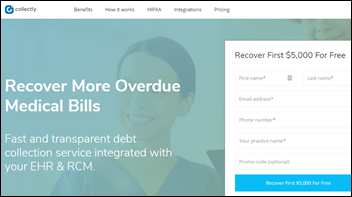 Collectly — which offers EHR-integrated personalized debt collection programs with a focus on physician practices — raises $1.9 million in seed funding. The company charges a flat rate of 10 percent of collected debts that are less than six months overdue. 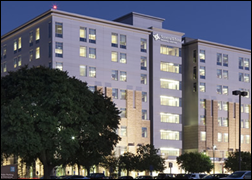 Baylor Scott & White Health (TX) chooses Kyruus for provider search and scheduling across its 48 hospitals and for its API-powered ability to match consumer-reported conditions and symptoms to potential providers on its website.

A tiny Reaction survey of 113 ambulatory providers finds that a significant percentage of them trust EHR vendors less in general following news that EClinicalWorks paid $155 million to settle Department of Justice charges, with two-thirds of them also indicating that they probably won’t consider buying EClinicalWorks in the future. 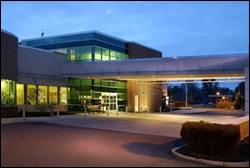 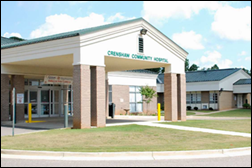 Interesting: a failing, formerly county-run Alabama hospital prevails in a four-year-old legal battle over the 12 citizens of China it recruited to invest $500,000 each in return for a fast-tracked citizenship via a federal government program. US Citizenship and Immigration Services rejected the application in saying that the hospital didn’t meet the federal government’s definition of a “troubled business” that would allow wealthy foreigners to buy their US citizenship via investments.

Here is Part 2 of Vince’s HIS-tory of Cerner from a few years back. It’s fascinating to read about Cerner predecessor PGI’s fortuitous entry into health IT when lab systems were catching on and the big players were HBO, Spear, BSL, MedLab, SMS, and McAuto, all long gone since those heady days of 1980. I saw some familiar but also-dead companies on his 1988 list – TDS, Antrim, Citation, and Terrano, for example. I’m peeking ahead at Vince’s next episode and I’m fascinated about how the name Cerner was chosen and by whom.

Weird News Andy pitches a new TV series he’s calling “Ambulance Wars,” even providing a tagline of “Both companies are losing patients.” Houston-area Republic EMS sues rival City Ambulance and its president Mohammad Massoud, claiming that City Ambulance vandalized its ambulances a dozen times in retaliation for losing business and employees to Republic. Republic says City Ambulance hired people to shoot out its ambulance windows, cut the brake lines of one of its ambulances, and covertly installed GPS trackers on its ambulances to harvest client addresses for follow-up advertising.