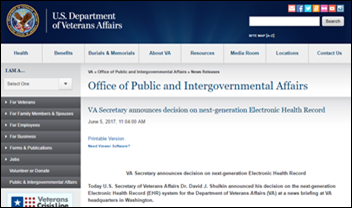 VA Secretary David Shulkin, MD announces the VA will shut down its VistA EHR and join the DoD in implementing Cerner Millennium, explaining, “The VA’s adoption of the same EHR system as DoD will ultimately result in all patient data residing in one common system and enable seamless care between the Departments without the manual and electronic exchange and reconciliation of data between two separate systems.”

HIStalk readers (who predicted the Cerner decision in a reader survey earlier this year) didn’t waste time weighing in once the news crossed the wire yesterday – nearly a month before Shulkin’s self-imposed decision deadline. VA Worker says, “Here we go again. VA wants to replace VistA with Cerner but will never be able to afford it.” USA First? points out that, for all the Trump Administration’s efforts to keep American jobs on American soil, they’ve chosen a vendor that has sent 3,000 software jobs overseas.

Epic also shared its reaction via a presumably non-marketing rep: “As the largest electronic health record vendor in the United States, covering two-thirds of the nation’s patients, we are proud to serve our veterans both through the VA scheduling project and through our customers that care for millions of veterans across America. These customers are the top health systems in America and we stand with them, committed and eager to ensure veterans get the very best medical care regardless of where they receive it.” 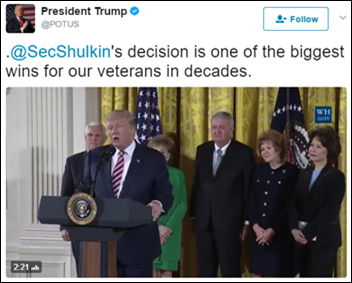 My thoughts are these: Cerner was the only reasonable choice since the DoD had already selected it, but it’s still surprising they went without bidding and named Cerner before negotiation with them began (that’s more of how Epic customers buy software). The company will presumably have more control over naming its price than it did with DoD, where it was a subcontractor under Leidos, and it may be that Cerner gets to keep all the money this time. It’s also to the company’s strong negotiating advantage that both Congress and the President have publicly cheered the VA’s choice of Cerner, making it unlikely that the VA wants to rule out Cerner over price negotiations. The VA has previously suggested that its price tag will be multiples of the DoD’s, perhaps well over $10 billion to $12 billion.

The systems will be theoretically interoperable, but there’s still a lot of work to be done to standardize terminology and functionality to make even the same system talk to another user whose workflows and use cases are different. There’s probably still a lot of consulting work required. It will be interesting to see which firms attempt to feed at the trough of this contract, as well as whether or not the VA and DoD will truly work as a single customer. Will Cerner and the inevitable consultants get stuck trying to broker agreements on major decisions so they don’t end up creating dissimilar systems?

It’s also worth noting that project timelines will need to be synched to avoid temporary interfaces to the legacy systems. Ironically, having the same system may require more VA-DoD cooperation than running separate ones. On the flip side, it’s also important to recognize that the VA and DoD have vastly different needs, and that in the case of the VA (unlike the DoD), its VistA system contains a lot of VA-specific non-clinical functionality, such as management modules for departments that aren’t involved in patient care. VistA is not just an EHR. 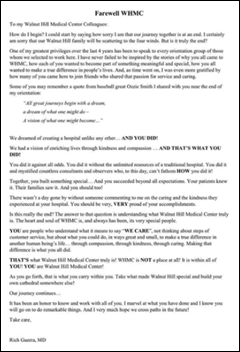 From Mighty Med: “Re: Walnut Hill Medical Center closure. The self-touted hospital of the future abruptly shuts its doors after being open for less than three years. It’s just another example of healthcare disruption gone awry.” The $100 million, 100-bed Dallas hospital did indeed cease operations as of June 1, citing only it’s decision to no longer participate in the Medicare program. A former employee wrote a Facebook farewell message (later taken down) praising his colleagues for working without the “unlimited resources” of traditional hospitals, implying that it was struggling in some way. Officials touted the facility as being designed “completely from the patient’s perspective to create a stress-free atmosphere for healthy recovery.“

From Just Wondering: “Re: John Fleming’s desire for a single unified EHR. Is he as stupid as he sounds?” Hardly. The former Louisiana representative, businessman, and MD has done stints at the Navy Regional Medical Center (CA) and in private practice. He implemented his first EHR in 1997 and went fully paperless two years later. Fleming’s belief that “every American should have a single, unified electronic health record system that resides in the cloud and is under full control of the patient, of the individual, of the American” is the same pipe dream that dozens, if not hundreds, of health IT companies and venture capital firms have been throwing millions of dollars at for years. As the new deputy secretary of health technology reform, he’s becoming privy to the many public- and private-sector interests that will keep that pie-in-the-sky patient record from being developed anytime soon.

An anonymous vendor has graciously donated $500 to my project to fund DonorsChoose teacher grant requests in return for mentioning a survey they’re interested in. They’ll also donate a bunch more money if the survey gets at least 100 responses. Providers, please click here and spend a handful of minutes and together we’ll to help a classroom in need. Thanks.

Learning management systems vendor Relias Learning acquires WhiteCloud Analytics for an undisclosed sum. Reliance has been on a bit of a spending spree since March of last year, acquiring six other companies including analytics firm Care Management Technologies. 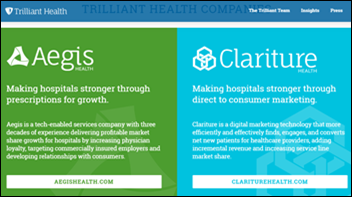 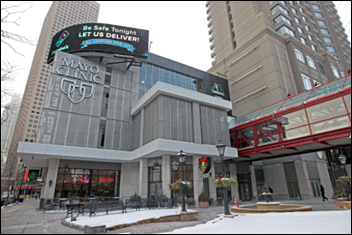 Mayo Clinic (MN) will use 2bPrecise’s clinical genomics solution to add genomic information into its Epic EHR. The organizations will also work together to research and develop genomics-based care protocols, particularly for patients with cardiovascular genetic disease.

Aprima announces record growth for the fiscal year, including revenue, customer retention rate, and the relocation and expansion of its headquarters. 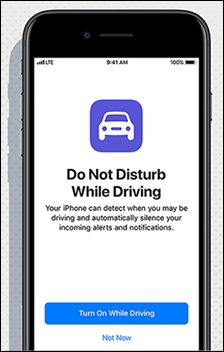 Apple announces new devices and features at its developers conference – none of which are all that earth-shattering and only some of which are relevant to healthcare. The company will attempt to keep up with the virtual assistant Joneses with the introduction of a Siri-powered HomePod. It has added AI capabilities to its Watch, giving it the ability to serve up motivational fitness messages when steps are down. Users will also be able to link their devices to Dexcom’s glucose sensor via a new API. Perhaps the most potentially life-saving enhancement is the Iphone’s forthcoming “do not disturb while driving” feature, which shuts off all distracting notifications when the phone is connected to your car.

Casenet develops a prior authorization submission and tracking tool.

Safety Net Connect releases an enterprise version of its Converge referral and care coordination technology that brings together behavioral and physical health, and social services.

ICare adds order sets and care plans from Zynx Health to its EHR for acute care providers and SNFs.

ONC announces the winners of its Privacy Policy Snapshot Challenge, the aim of which escapes me as the number of these contests seems to increase in direct correlation to the market-worthy usefulness of their winning ideas. 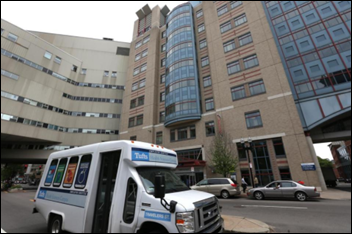 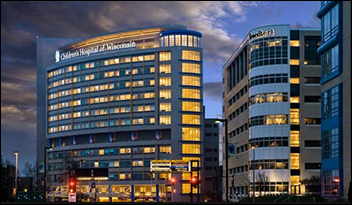 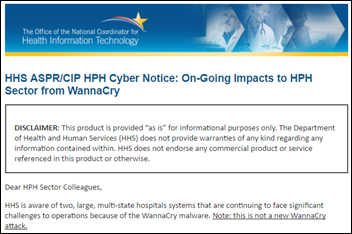 HHS alerts providers to the “significant” challenges two unnamed multi-state hospital systems are still experiencing as a result of WannaCry malware, noting that the virus can live on a machine that has been patched, and that its repeated attempts to scan can disrupt Windows operating systems.

Early performance data on IBM Watson for Oncology shows that Watson-generated treatment plans for 362 cancer cases were found to be in line with oncologist recommendations in 96 percent of lung, 81 percent of colon, and 93 percent of rectal cancer cases.

The New York Times addresses the “virtual velvet rope” creeping into healthcare – one that is moving beyond celebrities and sheikhs taking over hospital wings and turning the more mundane world of direct primary care into one of ultra high-end concierge practices. Private Medical, for instance, charges between $40,000 and $80,000 per year per family for round-the-clock physician access and near-immediate access to specialists and hospitals across the country. Launched by HealthLoop founder Jordan Shlain, MD in 2002, the company has almost no Web presence, gaining new patients almost exclusively through word of mouth. 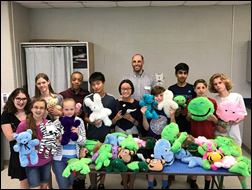