The Trump administration appoints Roger Severino as director of HHS’s Office for Civil Rights, which enforces HIPAA. He was previously director of the DeVos Center for Religion and Civil Society of conservative think tank The Heritage Foundation.

Severino is on record as opposing the ACA-mandated LGBT anti-discrimination laws that he will be charged with enforcing. He says those laws create conflicts of interest in providers who don’t want to provide gender reassignment surgeries.

HHS must have been in a hurry to run his bio on its leadership page since it not only is missing his flag-backed photo, but it incorrectly lists his new position as, “Director, Office of Civil Rights.”

From Mideast Business Analyst: “Re: GE. Can anyone confirm that they are contemplating getting back into the HIS business? I heard many reports from contacts in the Middle East claiming that GE has bought (or is in the process of acquiring) a local HIS company with an existing client base in Saudi Arabia. While this might look like a smart move, I expect that it will take them a long time before they can fix the countless problems of the solution (in case it was the same one I know) and make their customers happy.” 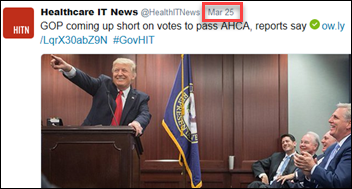 From Skip Church: “Re: the usual HIMSS publication. Their Twittarrhea is always annoying in recycling the same old non-news, but this weekend’s automatically scheduled tweets included a bunch of articles written before AHCA voting was cancelled.” I assume they didn’t realize that lame stories posted before the AHCA vote were going to look pretty stupid when hurled up afterward on Twitter regardless of the schedule vote’s outcome. Most puzzling, however, is why the site thought their readers needed their cheap-seats rehash in the first place. Actual news sites were already amply covering AHCA voting, deploying real reporters with inside sources to write their lead story that the site simply re-worded from “published reports” in a cheap grab for eyeballs. It’s also not really a health IT story.

Meanwhile, this is a refreshingly honest “primary accountability” from the job description of a HIMSS associate editor.

The tech industry has become such a colossus it has achieved a strange, self-interested triple role: as producer of flawed products and services, town crier about the gravity of these same vulnerabilities, and confidence man peddling the solution to the problem.

Most poll respondents have access to the patient portal of their most recently visited provider and most of them used it, but more importantly, 75 percent of those who used it liked it. HITgeek says it’s silly that providers have “their” portal instead of each of us having our own that those providers populate, questioning why the health data of individuals can’t be as integrated as their bodies are.

New poll to your right or here: Is your reaction to recent HHS appointments (Price, Verma, Fleming, Bardis, Severino) overall positive or negative? 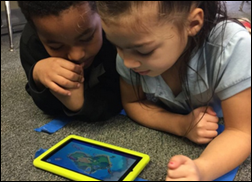 We provided eight tablets for Ms. B’s Missouri kindergarten class in funding her DonorsChoose grant request. She reports, “Words do not even express how much gratitude my students and myself have for your generosity. We received our donation and opened the package as a class. The light in my students eyes’ when they saw the tablets was irreplaceable. These tablets have helped with both literacy and math. Each day, we have literacy small groups as well as math groups. Students rotate around the room and have a chance to use the tablets at this time. We use instructional apps on the tablets that the students are able to utilize on their own. It is another reinforcement for the students to practice what we are learning in class.” 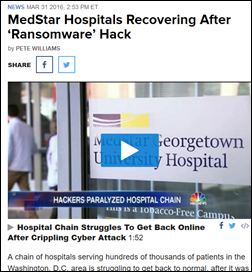 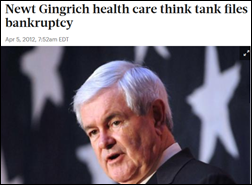 Last week I asked readers for the most hilariously clueless one-sentence statement made by an executive in their organization.

This week’s question: What is the proudest moment of your health IT career?

Reuters reports that Advisory Board Company and Evolent Health are considering a merger of some or all of their businesses but ABCO has other bidders, among them Press Ganey. Advisory Board and UPMC created Evolent in 2011 and it went public in 2015, with Advisory Board owning 13.7 percent of the shares. 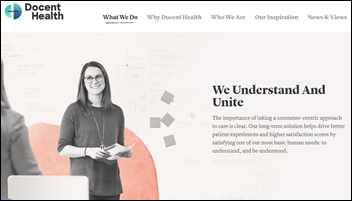 Vince and Elise kick off their annual series covering the top 10 HIS vendors.