CMS rolls out the MIPS red carpet for small, rural, and underserved practices with a webinar on February 1. CMS will be discussing eligibility, 2017 participation, data submission, performance categories, scoring, and resources available to practices falling into these categories. Figuring out a MIPS strategy is hard enough for large practices who have relatively greater resources, so I can’t imagine how a small independent rural practice might struggle. I’ve done some engagements with that demographic and many of them can’t even figure out how to afford a reasonably priced consultant given their payer mix (lots of Medicaid) and the challenges of treating the medically underserved.

Whether you’re a cash-strapped practice or not, CMS has also given some confusing messages when discussing the Medicare volume threshold for excluding practices from MIPS. There have been questions about whether providers have to meet the charge threshold AND the volume threshold, or whether it should be an OR function. The answer is that it depends on how you ask the question. If you’re asking who is excluded, it’s providers who Medicare Part B allowed charges are less than or equal to $30K OR if they see fewer than 100 Medicare Part B patients annually. If you’re asking who is eligible, it’s providers who meet the charge threshold AND see more than 100 patients. For those who think proper sentence construction is antiquated: case in point. 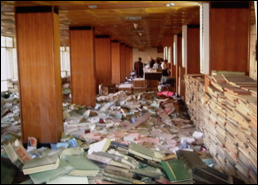 I just took a long-term assignment with a client whose basic business processes are in total disarray. They haven’t been looking at their staffing or expenses for months and have dug themselves into a deep hole. Originally, they thought there was some kind of embezzling or theft, but after a thorough investigation, it points to a total lack of management.

Looking at the “at your fingertips” reports available in their online payroll system, I identified a handful of employees who have been logging overtime daily for more than a year. In interviewing the employees and their direct managers, no one has ever noticed it, let alone discussed it or taken steps to mitigate it. When assessing one employee’s daily assignments, it turns out she has been doing various tasks that belong to three other employees and that has been eating up a good chunk of her time. It never occurred to her to discuss this with her manager, which is one issue, but the manager’s failure to notice the overtime is another. And accounting’s failure to notice a significant budget variance is a miss as well as practice leadership failing to notice that accounting didn’t call it out.

We discussed sitting down with the employees and working through their daily tasks to find out what was generating the overtime, but they were uncomfortable leading the discussion. I agreed to work with them, taking the “watch one, do one, teach one” approach to get them to a point where they were at least minimally capable of managing their own resources. It was a painful few days of discussions, coaching, reviewing, role-playing, and revisiting, but we at least stopped the bleeding with a new policy to prevent employees from logging overtime without a direct manager approval that is documented in writing. Although many of the overtime-inducing tasks were administrative, several of them were clinical in nature and we had to make plans to ensure that work didn’t fall through the cracks.

The bigger point here is that if a practice can’t handle Office Management 101, how are they going to handle the increasing data-gathering and reporting demands required as healthcare evolves? And if they can’t figure out how to resource current tasks or how to eliminate non-value-added processes, will the patients suffer? How will they create processes for team-based care, increased coordination with external providers, management of transfers of care, and more? There are plenty of vendors out there pushing technology solutions that will only automate bad processes and it’s challenging to have these hard conversations with organizations about how they do business. If they’re not managing their human resource overhead, they may not be managing their supply overhead, either. And it’s a safe bet that if they’re not on a cloud-based EHR, they’re not managing their servers and hardware, either.

Ultimately some of these practices aren’t going to be financially viable. My primary care physician’s practice recently disbanded. The partners had very different ideas about what “productive” looked like, which resulted in one partner carrying the lion’s share of the overhead. Over time this became untenable, and his aging partners weren’t willing to work harder or longer hours.

My PCP grew increasingly disillusioned and his partners couldn’t afford to buy him out, so they agreed to close. It’s been a culture shock as he moves into the ranks of employed physicians. Fortunately, he didn’t have to join a big health system group, but became an employee of a small independent practice. Based on all the things he no longer worries about, he has more time for patient care, but it’s been an adjustment. We’ve been friends for a long time, so I did a therapeutic intervention and used some of his free time for dinner and a movie. I think we’ll be able to get him through this.

It was interesting watching the wind-down from the patient perspective, however, since I had gotten used to having access to the practice’s patient portal for all my needs. I was glad to see that my records still remain on the vendor portal. They didn’t disable all the features, though, so it still allowed me to send an appointment request, a refill request, and a message to the physician, but I know for a fact that no one is monitoring it because the practice’s servers have been decommissioned and are in a box in his basement. I found the notification that the practice was closed and where patients should contact the physicians, but it was buried three screens deep in an “about our practice” area of the site.

I had taken advantage of their personal health record download functionality after my last visit so I already had what I needed, but it was good to know my records live on with the vendor. My new physician uses the same vendor, so hopefully it will all connect and be good to go.

How portable has your PHI been with system migrations and practice mergers? Email me.