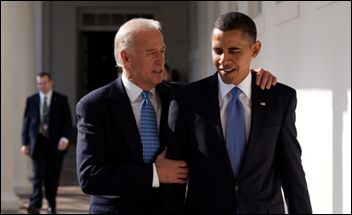 Politico quotes an obviously frustrated Vice-President Biden as saying healthcare industry players are the least-willing of all to share information, leading him to threaten to lock the CEOs of big EHR vendors in a room until they hear his message. “You think I’m joking. I’m deadly earnest and deadly frustrated as a lot of you are.”

Meanwhile his boss, President Obama, also said in an interview this week that EHRs are his biggest Affordable Care Act disappointment, explaining that healthcare still runs on mountains of paperwork, patients are sent bills they don’t understand, and doctors and nurses are wasting time entering data.

The president slipped in referring to “digitize” as “digitalize,” which means to dose patients with the heart drug digoxin.

From Tabulator: “Re: the HIStalk Decisions section. It would be helpful to know if any of the product switches are due to an acquisition.” I don’t know that Definitive Healthcare has that information from their hospital user conversations, but I expect they’ll start providing it if so since you mentioned it. 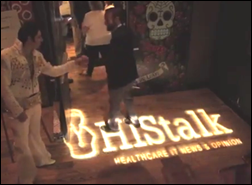 You can still sign up for HIStalkapalooza, but not for much longer. Some comments left by folks who want to come: 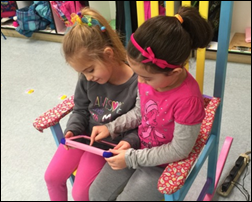 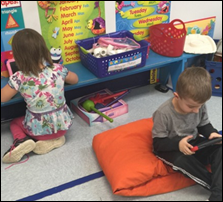 Mrs. P says her Kentucky kindergartners are putting the tablets we provided in funding her DonorsChoose grant request to good use:

My kindergarten students use them in partner activities and individual activities working on letters, letter sounds, rhyming, reading fluency, counting, number identification, shapes, colors, following directions and basic math like addition and subtraction. With these hands on tools my students are becoming more responsible and independent, which is an incredible skill for students to master at a young age … Many have seen these but never had their own opportunities to use them or truly benefit from them … Some of my students have even come to school wanting to share things they found and learned at home using the apps and games I have told the parents about. Again, I couldn’t be more grateful and appreciative of this incredible gift and the sparks of excitement for learning you have helped create!

Welcome to new HIStalk Platinum Sponsor Harris Healthcare. The 900-employee company’s health IT brands operate individually but are interoperable, including such names as QuadraMed EMPI indexing and cleanup, QCPR EHR, AcuityPlus staffing, Enterprise Scheduling, Enterprise Self-Service (patient access and engagement), ERP, RCM, TeamNotes clinical team documentation, and specialty solutions for the ED and perioperative suite, practice management, public health and health education, and several that are specific to the Canadian market. Analytics and business intelligence are provided at every level and the company offers professional and technical services. Thanks to Harris Healthcare for supporting HIStalk.

A clarification on Bibb Medical Center’s (AL) August 2016 go-live on Athenahealth as reported earlier this week in the “Decisions” section. While BMC is a previous Prognosis Innovation Healthcare EHR user, they dropped that system some years ago and went back to paper, so technically Athenahealth didn’t replace Prognosis. 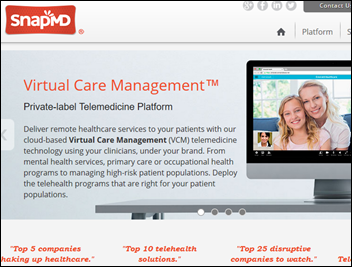 Telemedicine software vendor SnapMD raises another $3.25 million in its Series A round, increasing its total to $9.15 million.

Wireless heart failure monitoring platform vendor Endotronix enters into a $12 million financing agreement. The company has raised $34 million in funding through its July 2016 Series C round. 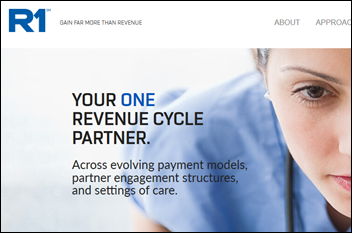 Accretive Health renames itself R1 RCM, ditching a memorable name (although stench-ridden due to widely publicized data theft, heavy-handed collections practices, and earnings restatement) in favor of something generic and less Google-friendly. 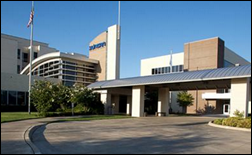 Iatric Systems launches FlexButton, which allows users of several EHRs to view relevant patient information stored in other systems as part of their workflow.

National Coordinator Vindell Washington, MD and FDA Commissioner Rob Califf, MD – both of whom were fairly recently appointed to their government roles and had expressed hope that they would be allowed to stay on – will leave their jobs after failing to convince the Trump administration to retain them.

HHS OCR notifies Virginia State Senator Siobhan Dunnavant (who is a nurse and a physician) that she violated HIPAA by sending political emails to her patients during her 2015 campaign, then deleted the information from a campaign computer when she realized that she had violated the privacy of her patients. HHS OCR says she won’t be fined or penalized since she tried to mitigate the damage.

A California Department of Insurance investigation concludes that the 2015 breach of insurer Anthem, which exposed the information of 79 million people, was perpetrated by a hacker hired by an unnamed foreign government. The company will pay $260 million for security improvements and remedial action even though the report says its advance preparation was reasonable and its remediation plan were sufficient to allow its fast, effective response. The breach was caused when an Anthem employee opened a phishing email. 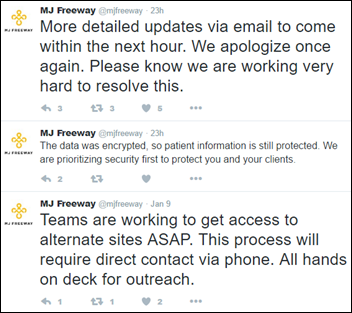 Marijuana dispensaries all over the country delay appointments as “seed to sale” tracking software from MJ Freeway – whose use is mandated by several states — is apparently taken offline by hackers. The site of the vendor whose systems are used by 500 dispensaries is still down.

A Wall Street Journal article says Apple is not only failing to produce much innovation these days, it has made itself a follower to Amazon, Google, and Microsoft in the all-important rollout of artificial intelligence despite its own groundbreaking rollout of Siri five years ago. The article warns, “AI-powered voice assistants can directly replace interactions with mobile devices. It isn’t that screens will go away completely, but screens unattached to objects that can listen, talk back, and operate with autonomy will rapidly become obsolete.” 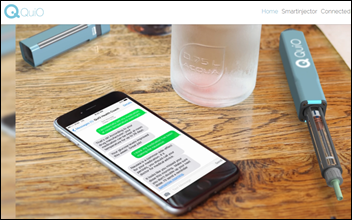 The New York Times profiles Nuna, a San Francisco-based, 110-employee startup that has combined the Medicaid databases from the disparate systems of individual states into a single cloud-based platform of de-identified data that researchers can use to explore patient behavior. The company has raised $90 million in funding. Co-founder Jini Kim — a former product manager for the failed Google Health and a participant in the fixing of Healthcare.gov – calls the company her “love letter to Medicaid” because her autistic brother’s care is paid for by the program. The article notes that nearly half of the children born in the US receive Medicaid benefits. 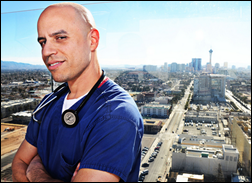 Video artist ZDoggMD – aka Zubin Damania, MD, founder and CEO of members-only primary care practice Turntable Health – shuts down the so-called Healthcare 3.0 practice following the failure of the Nevada Health Co-Op in 2015 that led to loss of insurance for the practice’s patients. It had also received funding from Zappos CEO Tony Hsieh as part of his downtown Las Vegas revitalization project. Damania says Turntable Health will live on as an “ethos, brand, and movement” without a physical presence, noting that he’ll still be selling company apparel. Its EHR will be used internally by its partner Iora Health. 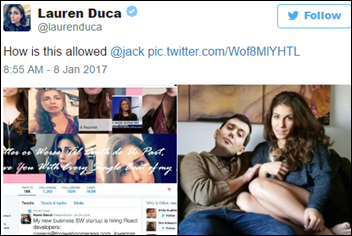 Twitter suspends the account of pharma bad boy Martin Shkreli after he announces that he has a crush on a Teen Vogue reporter, adding a Photoshopped photo of the woman and her husband in which Shkreli replaced the husband’s head with his own. He said it was innocent fun and that the woman had harassed him previously, then urged her followers to report him to Twitter when he responded. He also invited her to attend the presidential inauguration with him, which she declined by saying that she would rather eat her own organs. 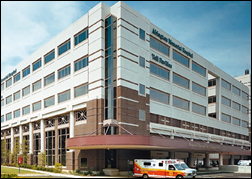 Abington Memorial Hospital (PA) will pay $510,000 to settle a Department of Justice investigation into the theft of 35,000 doses of controlled substances by a now-jailed pharmacist who manipulated the hospital’s electronic drug tracking system. The hospital has also spent $2 million upgrading its drug inventory systems. 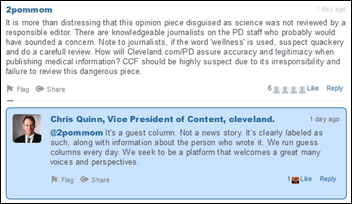 Cleveland.com, the Cleveland Plain Dealer affiliate that ran the firestorm article on vaccine preservatives written by the medical director of Cleveland Clinic’s wellness center, says the Clinic’s corporate communications director electronically published the piece without notifying the site so it could be reviewed, then pulled it down after negative social media reaction, surprising the site’s editor both times. The site has since rescinded the ability of Cleveland Clinic to manage its own content. A reader comment says the Clinic “runs this town and all the media and politicians do as they say” in noting how many former journalists now work for the Clinic and the fact that the site allows some contributors to post content directly. Meanwhile, PCPs are already dreading the amount of time they’ll have to spend explaining vaccines to patients all over again. 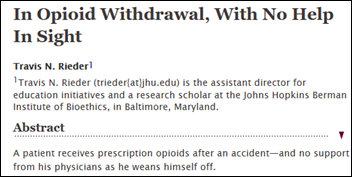 A Johns Hopkins bioethicist describes his opioid addiction that followed several post-accident surgeries, saying physicians are inadequately trained on narcotic prescribing (they receive less pain management training than Canadian veterinary students) and helping their patients wean off the drugs. He says pain management specialists see their jobs as prescribing and not following their patients to manage withdrawal, while the fragmented healthcare system makes it unclear who “owns” a patient at any given time. 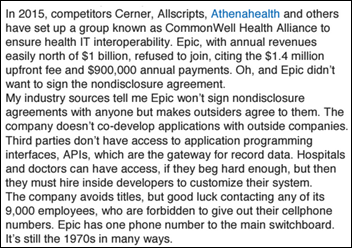 A Wall Street Journal opinion piece written by a former hedge fund operator singles out Epic as being primarily responsible for lack of EHR interoperability, calling the company “chief obfuscator.” He notes a friend’s personal experience in trying and failing to have their hospital records sent from Boston to Miami, Epic’s non-participation in CommonWell, his claim that Epic charges four cents per message sent (“even Apple isn’t that greedy,” he says), and his own failure to retrieve his Epic hospital records in any form other than PDF. He concludes, “Make firms like Epic look at interoperability as an incremental profit center rather than an opening for competitors. The dream of smart machines crunching health info is real. Don’t let the dream walk with paper.” Everything seems simple when you don’t understand them to any degree of detail, so my best and gentlest counterpoint would be this – have any Epic hospitals exchanged information with each other or provided electronic information to patients? If so, then it’s not Epic’s problem that his two anecdotal experiences weren’t positive.

A hospital pharmacist’s letter to the editor of P&T magazine makes mistakes in trying to explain interoperability challenges from the pharmacy department’s perspective:

Weird News Andy snickers at the story he titles “Hospitals from Mars.” Candy manufacturer Mars is buying publicly VCA – which operates 800 pet hospitals and the Camp Bow Wow doggie day care chain – for $7.7 billion. WNA wonders if acquiring the company, which trades under the symbol WOOF, is a conflict of interest since chocolate is poisonous to dogs. Probably not — I was surprised to learn  that Mars already owns pet brands Banfield Pet Hospital, Eukanuba, Iams, Pedigree, Whiskas, and several others. Banfield is the pet equivalent of a chain of medical practices, employing 4,000 veterinarians (around 9 percent of the total number of US vets who treat pets). Another Mars business offers pet DNA testing. Those of us working in people healthcare can only envy the efficiency, aligned incentives, effectiveness, and patient satisfaction of our animal-treating peers. They are also better EHR users and are better at population health management in a competitive environment.