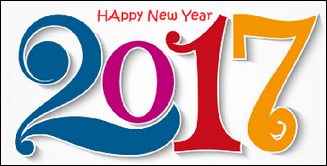 It’s the time of year when many of us are making resolutions around how we want to change things in the coming year. I was struck by a recent Washington Post piece about “busyness” being a new status symbol. It mentions that marketers have picked up on the concept as a hook to push items that promote multi-tasking or help people continue to manage time constraints. One Columbia University profession who researched the issue found that people with leisure time were not perceived as having as high a social status as those who worked more.

I see this playing out in a couple of different ways in my consulting work. One is the way mentioned in the article, where people embellish their busyness as a way of trying to look like they’re working harder or more than their colleagues. I recently had to do a workplace intervention with a client whose employee would repeatedly take vacation time, then work on his vacation, and expect it to be credited back to him. (It still surprises me that they needed a consultant to help with that conversation, let alone a physician consultant, but it does pay the bills.)

The employee had a somewhat misplaced sense of loyalty to his customers, defining his worth by his ability to be at their beck and call. He also exhibited a lack of trust in his peers and also his supervisor, refusing to list anyone on his out-of-office message and therefore forcing himself to be permanently on call. He also had no sense of work-life balance and didn’t understand that the company values people taking time off to recharge and refresh.

As someone who has done a fair amount of employee counseling, I have to say it was a pretty bizarre conversation with this guy. He was certainly at the extreme, but I see all kinds of examples of people on this spectrum. Many people have convinced themselves that they’re the only person who can possibly handle a client. As a student of human (and client) behavior, I would argue that if you have clients that fall into that bucket, there is a certain amount of co-dependency going on and a team approach is going to be helpful for everyone and likely better for the client long term. Others tend to fall more into martyrdom mode, keeping toxic projects, clients, or co-workers on their own radar so that they don’t impact others. Although this kind of busyness seems altruistic, it can be harmful in the end.

Another way I see this playing out is when people really are hyper-busy, mostly due to poor management. I have one client who constantly cranks out executive status reports listing how far off the mark their projects are, but there is never any mitigation. When 60 percent of your teams are not meeting production goals due to resource constraints, it might be a good idea to address those constraints.

I see some groups throwing more bodies at the problem without understanding that sheer numbers might not be the answer. I see other groups who won’t add more personnel because of a perception that it would take too long to ramp up workers who can take on the totality of the stalled tasks. So they choose to do nothing, instead never catching up or sometimes falling farther behind. The morale in the trenches on these teams is abysmal because they’re being constantly told they’re not meeting expectations, but they are largely powerless to create change given their current corporate culture.

With as lean as healthcare organizations are trying to be in the face of constant downward payment pressure and regulatory burdens, I continue to be surprised at the lack of accountability of management in many organizations. If a manager can’t articulate his or her resource constraint along with a request for mitigation, then they don’t need to be managing. As companies reduce head count, I see people given management responsibilities who have no business being there and no support to try to learn how to manage.

Just because you’re the best on a team doesn’t mean you’re cut out to be a manager. And often people thrust into those positions try to continue doing their previous jobs because they’re not comfortable managing, which puts things even farther in the ditch. It’s not the employee’s fault, though – the people above them put them in that position, and that’s where the accountability needs to live.

I see people routinely working 50- and 60-hour weeks because they have to in order to keep up with the demands placed upon them. Given the job market for many workers, employees are not empowered to say no to ongoing demands. I have a good friend who works for a global company and works in multiple time zones, which translates to a 15-hour work day much of the time. His company has had multiple layoffs in the last few years and he’s a single parent to kids approaching college age, so his willingness to say no is directly proportional to his perceived ability to find an equivalent position should he be let go. Especially in healthcare and with companies supporting healthcare, this should not be acceptable.

I also see people working those types of hours because they’re cobbling together multiple part-time jobs to make ends meet. Maybe they’ve had a medical bankruptcy, are dealing with family members impacted by drugs or incarceration, or have other significant challenges. Maybe they lost their job and are trying to stay out of debt while getting their kids through school. There should be no negative thoughts on that level of busyness and the rest of us that aren’t in that situation should consider ways in which we can steer our society to reduce the need for it.

I’ve written before about the work habits in different countries and some of our uniquely American work habits. Interestingly, the Columbia University professor did a similar study looking at the perception of busyness by Italian subjects. They ranked being busy at work as having less status than being able to have leisure time.

Having lived in the stress of a high-productivity physician culture and then in the corporate culture and now in the self-employed culture, I’d definitely rank the ability to have more leisure time as one of the key reasons I left traditional practice. They money I made as an employed physician wasn’t worth the fact that I had no life and was constantly on call. Not everyone has the opportunity or ability to make drastic changes, however, especially at mid-life. But we can support each other in making small changes that enrich our workplace and help each other out.

For those of us that are working crazy hours because we can (not because we have to), let’s not fall into the trap of equating busyness with self-worth. Let’s look at how we can address workplace culture, strengthen management, and raise accountability to improve our working environments. For those who have figured out this workplace equation, let’s see how we can improve our communities and our country to meet the need of our fellow humans. Here’s to a 2017 where we’re not busy just to be busy.