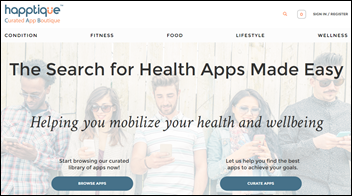 Happtique closed its doors in late 2013 after researchers found obvious security holes in apps that had passed Happtique’s certification criteria that included security. SocialWellth acquired the dregs of the company in December 2014.

Apparently SocialWellth stripped app certification out of the new Xcertia and is separately offering “to showcase their proprietary apps, offer promotions, and provide discounts and services” at an unstated cost.

From In Poor Taste: “Re: Epic VP Eric Helsher. He took to Twitter to throw shade at CommonWell once the CEQ/CW announcement was released. He then deleted the tweet. Wonder who got to him? It was mentioned in Politico’s daily email and that probably brought unintended attention. Don’t think for a minute that Epic doesn’t take an aggressive or competitive stance on the interop topic. Shame that at least he (if not all of Epic) are keeping score on such an important topic.” The deleted tweet apparently said, “Welcome @CommonWell to the interoperability party,” which seems innocent enough. His colleague, Epic VP Peter DeVault, left this comment on my Tuesday night post that explains the company’s position:

As for Epic’s ‘notorious’ non-participation in CommonWell, I’ve been saying for years that it’s likely there will always be multiple health information exchange networks such as Care Everywhere, CommonWell, various state-run HIEs, etc., and new ones not yet born. What Carequality neatly does is provide the governance and technical framework for any of those networks to communicate with each other. What that means is that not everyone needs to belong to everyone else’s networks in order to exchange information. That was never going to happen (just as it’s never happened, to my knowledge, in any other industry). What it means most importantly is that patients who receive care at facilities that belong to different networks that have implemented the Carequality framework are much more likely to have their complete record available at the point of care.

In addition to the networks themselves implementing the Carequality framework, individual organizations that are part of those networks have to agree to the Carequality rules of the road. Almost all Epic clients have already done so, as have clients of several other vendors. Assuming many CommonWell members’ customers also agree to those rules of the road, this will be seen as having been a great day for patients.

This has never been about us versus them, although that makes better copy for the press. It’s about deploying the right technology and agreeing on the right governance to make interoperability widespread, easy, and realistic – regardless of the endpoints, so that patients get the best care. 2016 has been a good year for that. 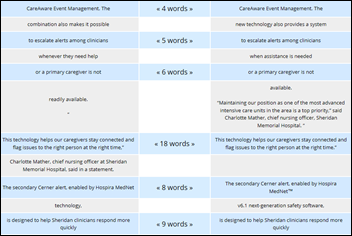 From Jack Polarity: “Re: rags rewriting press releases. The plagiarism checker I tried showed the so-called news item to be mostly just repurposed vendor verbiage.” And you were surprised? 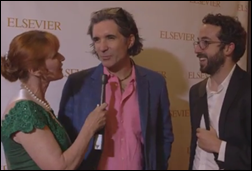 Our long-time HIStalkapalooza red carpet sponsor Elsevier has declined to participate this year, so I’m looking for a replacement who will get a ton of invitations and exposure. I’ll even allow the red carpet sponsor CEO to greet attendees personally, hang around backstage or in my inner sanctum, and welcome guests from the stage – because otherwise I’m writing a scarily large (and probably NSF) personal check to cover a significant chunk of the event’s cost, which will then render this 10th annual HIStalkapalooza the last one since I’m not going into debt to throw a free party. Contact Lorre. Meanwhile, thanks to the several companies that are helping to underwrite the event — I’ll recognize them soon.

I need your advice: Should a health system’s vendor contract extension or product upgrade be listed in my "Sales" section? I set up a poll so you can tell me. I’m slightly leaning toward “no” since I think readers are mostly interested only in sales involving new products, but I’m torn because of new contracts like Soarian to Millennium or Meditech Magic to Web EHR, which require the customer to sign a new contract and implement a new system. 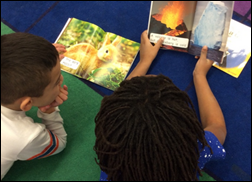 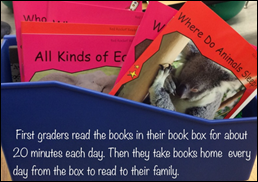 Mrs. G from Minnesota says her first graders are already using the new science books we recently provided in funding her DonorsChoose grant request, where she allows them to choose a book to read for 20 minutes each day and then take home to read with their families.

Everybody has poetic songs that make them a bit sniffly. One that’s been one of my favorites for a very long time: “The Drinking Song” by the long-defunct, fantastic Moxy Fruvous. The band wouldn’t say if it’s about the obvious (alcoholism), the subtle (the AIDS epidemic), or perhaps even death-caused loss in general. On the other hand, when I want to raise some goose bumps, it’s usually the live version of  Rush’s “Working Man,” which I was fortunate to have seen played live with stunning virtuosity on their Time Machine tour.

Here’s the recording of this week’s webinar, “Three Practices to Avoid Drift Between Audits.” 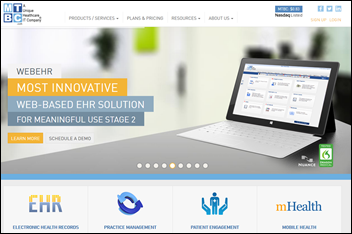 Publicly traded physician practice EHR/PM/RCM vendor Medical Transcription Billing will sell $10 million in Series A Preferred shares to help pay for its October 2016 MediGain acquisition and to acquire more companies. Shares of the money-losing MTBC face Nasdaq delisting since they trade for $0.82, having dropped 33 percent in the past year, and are down 84 percent since the company’s July 2014 IPO. The company’s market value is $8.5 million. 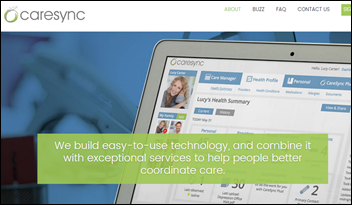 CareSync will hire 350 people as it moves its headquarters to Tampa, FL. I interviewed CEO Travis Bond a few weeks ago. 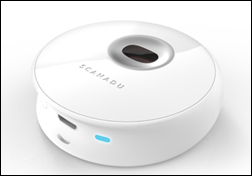 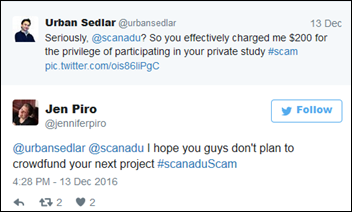 Scanadu, the one-time disruption poster child for its Tricorder-like diagnostic device, ends support for its Scout product, explaining that it was an investigational device and the FDA required the study to be closed (the accuracy of last statement is questionable). It’s not much of a loss except to those who paid $150 and more to participate in the $1.6 million online fundraising project of Scanadu (or “Scamadu,” as upset users are calling it). Scout never lived up to the Tricorder hype anyway, having been stripped down to record just a few rather boring vital signs like temperature and heart rate for all the dozens of millions of dollars it spent on research. The company is now pitching Scanadu Vitals, which measures blood pressure, temperature, heart rate, and pulse oximetry (which it manages to spell wrong on its site). It’s not as shady as Theranos or as predictably flawed as Google Glass, but it the similarities are increasing. The product also didn’t give users access to their own data.

Kent Murphy, MD of Summit ENT Associates (TN) left a comment on a recent HIStalk post stating that his practice was hit by a ransomware attack on Wednesday. He paid the demanded $1,600 ransom but his EHR isn’t back up yet.

In India, hackers breach the systems of Apollo Hospitals, the country’s biggest private hospital chain, and gain access to the medical record from the recent 75-day stay of now-deceased Jayalalithaa Jayaram, chief minister of Tamil Nadu. The hackers also breached the accounts of several journalists and found emails suggesting that Jayalalithaa was given the wrong diabetes medication. Another article notes that  her stay will cost the government at least $2 million, as the entire floor of 30 rooms surrounding hers were vacated, 39 doctors were involved, and experts were brought in from the UK and Singapore.

Amazon announces completion of the first autonomous, GPS-directed drone delivery in its Prime Air service, which dropped the customer’s package in his yard 13 minutes after he placed his order.

University of Louisville pays go-away money to two former executives who are targeted in a federal investigation. The university paid former VP of Health Affairs David Dunn, MD, PhD $1.15 million to leave the school, while former CIO Priscilla Hancock received $250,000 before she retired. Also under investigation is Russell Bessette, MD, former AVP of health affairs and health informatics. The FBI is reviewing the possible misuse of federal grant money. Dunn’s attorney says he was attempting to make U of L “a leader in healthcare informatics” as authorized by the university president. Dunn and Bessette previously ran the now-defunct Health DataStream, which sued SUNY Buffalo for stealing its health status-scoring algorithms.

MD Anderson Cancer System considers layoffs and research cutbacks as its losses hit $102 million during the first two months of its fiscal year. Officials name its Epic implementation as one of the four issues affecting its financials, but its president concludes, “The situation requires serious attention, but it is not out of control, our long term balance sheet is strong.” 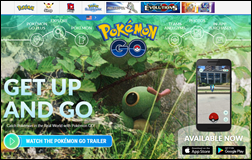 As just about anyone could have predicted, Pokemon GO turned out to be a quickly-abandoned fad offering minimal long-term health benefits, with BMJ-published research concluding that while users moderately increased their daily step count right after installing it, they had returned to their old levels of inactivity within six weeks (at least those who weren’t run over by cars or shot for trespassing in wandering around in a zombie-like trance at a rate only slightly higher than among regular phone users).

A newspaper’s field test of presenting prescriptions for two dangerously interacting drugs at 255 Chicago pharmacies finds that half them dispensed the medications with no warnings or intervention. Independent pharmacies failed 72 percent of the time vs. 49 percent for drugstore chains. The newspaper concludes that pharmacists cut corners to keep up with crushing workload demands and computer system alert fatigue may contribute, while one pharmacist said the pharmacy tech receives the warning and may or may not alert the pharmacist. “The patient will get mad if you call the doctor and take time, “ said a pharmacist who caught the potential error. “Sometimes they think it is fast food.” The report notes that while most Kmart pharmacists dispensed the risky drug combination without question, they were good about pestering the patient into signing up for the company’s loyalty program. 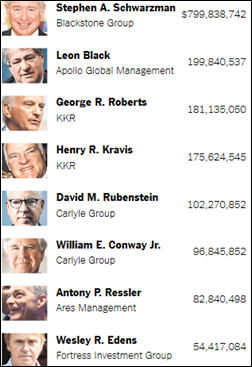 A fascinating New York Times article frames the US economy (and its world-leading inequality) around the much-ballyhooed 2013 revival of the Twinkie. Private equity firms bought the brands and bakeries of bankrupt and PE-owned Hostess for $186 million, then flipped the company four years later for $2.3 billion after closing plants, slashing the workforce from 8,000 to 1,200, eliminating union contracts and pension payments, and saddling the company with a $1.3 billion loan that was used to pay the PE owners and investors in advance. The article notes that the highest-earning CEOs in the country run private equity firms, with their one-year compensation listed above (note that the group is about as diverse as Hostess’s Wonder Bread). Those CEOs defend their activities by saying their firms provided much-needed capital and expertise to turn the companies around, which nearly always involves employee takeaways. You would think news like that would encourage people to start businesses rather than serve as wage slaves for others, but I’m not sure our educational and social system is geared to produce people willing and able to become something other than faceless widgets in the means of production. 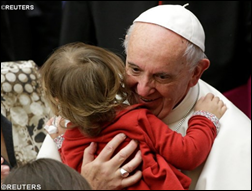 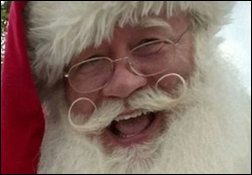 The feel-good, viral story about a terminally ill five-year-old hospital patient who died in the arms of a man portraying Santa Claus turned out to be another example of sloppy journalism intended to draw eyeballs without editorial control. The Knoxville newspaper says it can’t stand behind its original story since it can’t verify anything written by its columnist, who took the fake Santa’s description of the event at face value even though he refused to provide identities, dates, or even the name of the hospital that was supposedly involved. The worst part is that the average Facebook user wants to be entertained, not informed, and probably will neither notice nor care that the story as written was crap. I bet both the editor and the columnist (not to mention the snotty big-name papers that ran the story without question) are secretly high-fiving each other for drawing clicks at the expense of accuracy and objectivity. Just because analytically challenged readers react emotionally to a story doesn’t mean it’s true.