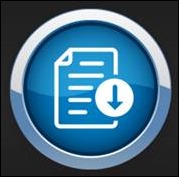 I wade through scores of emails each day, looking for items of interest for my columns. One recent email mentioned a new piece in the Journal of the American Medical Association titled, “The Ethics of Behavioral Health Information Technology: Frequent Flyer Icons and Implicit Bias.”

It caught my eye in particular because I’ve seen some pretty wacky icons in the dozen or so EHRs I’ve used during my career. One system’s demographic screen identified smokers with a little pack of cigarettes by their name, but this went away with the advent of Meaningful Use when smoking had to be further quantified based on the volume of cigarettes smoked and the number of days per week on which smoking occurred. It also had an American flag icon for veterans, which although I’m sure seemed like a good idea to some requirements writer or developer at the time, was problematic because the US isn’t the only country with a military, nor are American citizens the only individuals who serve in ours.

An EHR system I dearly loved (but which was unfortunately tied to a dysfunctional vendor, leading to de-installation) had an iconized chest x-ray that appeared when radiology results were available, and a smiling germ icon when a patient required isolation or contact precautions. There were many other icons that were not only intuitive, but served as shortcuts for the clinician, but I remember those two the best.

One icon that generated a lot of buzz at my health system when a new EHR was being installed was the one associated with expired patients. When that indicator was check-marked, a stylized angel icon complete with wings and halo appeared on the patient’s chart. Again, I’m sure someone thought it was a cute idea, but it was likely offensive to people from a variety of religious and spiritual traditions.

The JAMA article specifically addresses an EHR with an airplane icon that is used to identify “frequent flyer” patients. Unlike an airline frequent flyer whose high utilization is respected and encouraged, in healthcare jargon it tends to represent someone who seeks care frequently, and often for inappropriate reasons given the setting. Sometimes the term is associated with patients who are non-compliant, drug-seeking, or otherwise require additional clinician thought and creativity during the treatment process.

Although the article mentions that some emergency departments use lists or other methods to identify these patients, they take particular issue with the airplane icon, since “administrators may elect to configure so that clinicians can identify a patient as a high utilizer.” It goes on to explain that the plane may actually be color coded to identify the level of utilization.

Although I agree with the assertion that the icon “reinforces and encourages the use of disrespectful and stigmatizing terminology,” I have mixed feelings about their other reason for asserting that identifying high utilizers is “ethically and clinically inappropriate.” They claim that the icon “may frame the initial clinical interaction in a way that inhibits good diagnostic judgment” and may lead to poor patient outcomes. One of the key forces driving change in healthcare today is the idea that we need to identify and stratify patients who are the highest utilizers of health care and who are responsible for the largest portions of healthcare expenditures. We need to find those people who need extra resources to and supports to help keep them out of expensive care venues, such as the emergency department and the hospital.

Although the article specifically addresses psychiatric patients, physicians in all disciplines are being asked to identify these patients and care for them differently than everyone else. Health systems are investing large amounts of money in systems designed to do just this. Although the airplane icon is tacky, its function is no different than the red/yellow/green scoring that one of my current EHRs does when looking at patient risk for high utilization of services.

I do agree that flagging patients in this fashion creates potential risk for patients to be treated negatively. Although we’d all like to think that clinicians are going to be altruistic and make sure that they pull in a multidisciplinary team of social workers, therapists, behavioral health specialists, transportation services, etc. to handle these patients, the reality is that this population can be extremely difficult to treat and the supports needed are often scarce to non-existent. Especially in a risk-based reimbursement system, it’s often tempting for physicians to avoid these patients, leading to cherry-picking of the most healthy and compliant patients. The fact that they’re marked by an airplane rather than some other kind of icon doesn’t change the fact that these patients often receive different treatment than low utilizers. Sometimes the care may be negative, but identifying those at most risk can be beneficial for population management strategies.

The authors go on to mention the phenomenon of “diagnostic overshadowing,” where patients with mental health issues may be undertreated for medical conditions such as heart disease, diabetes, etc. There is more focus on the psychiatric illness, which may lead to overall poor outcomes and low quality care. This is a real phenomenon, often made worse by lack of resources. I worked at one emergency department where psychiatric patients in crisis were held over in the ED because the local psychiatric facility didn’t have physicians working on weekends so patients couldn’t be admitted. This creates an emotional (and sometimes physical) toll for those caring for these patients, which in itself leads to negative feelings about caring for similar patients in the future.

The authors make a brief foray into discussing social media platforms and patient engagement tools, calling out the need to include thoughtful development strategies that minimize problems like the airplane icon. They go on to state that, “Electronic medical record systems and behavioral health care applications should be built and tested in collaboration with patients, consumers, clinicians, social scientists, and ethicists who are sensitive to the broader ramifications of iconography and language.”

I’d like to point out that their continued use of the term “electronic medical record” throughout the piece may represent bias. It’s been a long time since we started calling them “health records” with a nod to the greater focus on health, wellness, and prevention and not just treating medical illnesses.

Regardless, I am skeptical that any of the current major vendors have social scientists and ethicists on staff, let alone iconographers. If they do leverage these folks, I’d be highly interested to hear about their work.

How does your system identify high utilizers of healthcare? Email me.