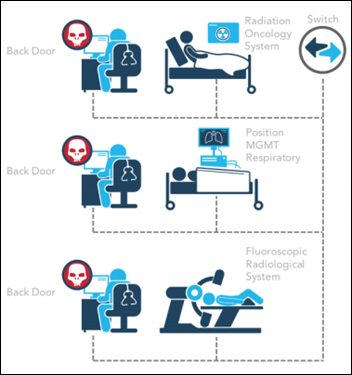 A security firm’s research finds that PCs and servers controlling hospital medical equipment often run outdated operating systems that are vulnerable to old malware such as the Conficker worm, giving hackers an easy back door into the hospital’s network. The report notes that hospitals are usually zealous in protecting end user PCs, but sometimes forget the computers that run CT scanners, dialysis machines, and other FDA-approved medical devices.

A case study involves a top hospital whose X-ray equipment was running Windows NT 4.0, which the security firm observed being penetrated in time to stop it. Honeypots created at another hospital found hackers hitting Windows XP-based systems for radiation oncology and fluoroscopy.

From Orlando: “Re: Epic’s non-compete provisions. I wonder if they’ll try this in California?” California’s position on non-competes is that anything that restrains competition is automatically void. However, we’re back to the fundamental problem: no matter how questionably enforceable a non-compete agreement is, the employee has to decide whether to sign it and hope it will all work out when they leave because their only other option is to mount a long, expensive legal challenge either before or after their departure. Readers have pointed out that both Epic and Cerner have aggressive, mandatory non-compete agreements with employees but rarely enforce them if the employee leaves in a civil manner. Another challenge is that Epic could kill an employment offer from a third-party consulting firm or a health system by simply placing an off-the-record phone call. “You’ll never work in this town again” is pretty much true if you cross someone at Epic an try to jump ship to work for someone who relies on Epic’s goodwill, regardless of what legal terms you did or did not sign.

McKesson’s health IT legacy will be modest, suggest poll respondents who characterize its contributions as poor (45 percent) or fair (43 percent). Commenters blamed disconnected and poorly managed acquisitions, a lack of healthcare IT focus similar to other companies that entered health IT with a big splash and later slunk out quietly (Siemens, GE, AT&T, IBM, and Oracle), and leadership pulled from the sales ranks. New poll to your right or here: which company will benefit most when McKesson sells its EIS business that includes Paragon? 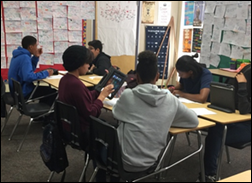 We funded the DonorsChoose grant request of Mrs. Robles from Arizona, who says the iPad Mini and multimedia receiver we provided to her middle school class has been “a game-changer for all of us” as the students have been more inspired to work harder at math using the lessons and discussions she assigns. 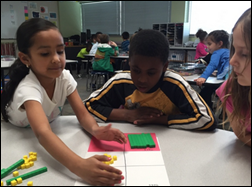 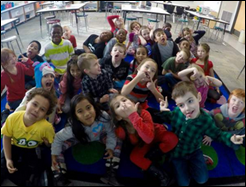 Also checking in is Miss V from Utah, who had said in her grant request that she was “sometimes embarrassed as their teacher because we are a STEM school and yet I don’t have a single math manipulative in my classroom.” We bought her several sets, leading to her update: “The manipulatives you donated are more versatile than I ever thought possible, we use the counters for language bingo, shapes, math, and much more. Since we have received your donation, math in our classroom has become a lot more interactive and hands on. Miss V. and the math detectives will be solving hard math problems for years to come thanks to your amazing gift!”

Here’s how you know you’re in a low-growth geographic area: the clerk at Walgreens asks for your telephone number to look up your Balance Rewards Card and enters it wrong as you’re reciting it because they weren’t expecting a non-local area code. That suggests: (a) the area hasn’t grown enough to need more than one area code, and (b) they don’t get many people moving in since most would keep their old cell number containing their original area codes.

July 13 (Wednesday) 1:00 ET. “Why Risk It? Readmissions Before They Happen.” Sponsored by Medicity. Presenter: Adam Bell, RN, senior clinical consultant, Medicity. Readmissions generate a staggering $41.3 billion in additional hospital costs each year, and many occur for reasons that could have been avoided. Without a clear way to proactively identify admitted patients with the highest risk of readmission, hospitals face major revenue losses and CMS penalties. Join this webinar to discover how to unlock the potential of patient data with intelligence to predict which admitted patients are at high risk for readmission. 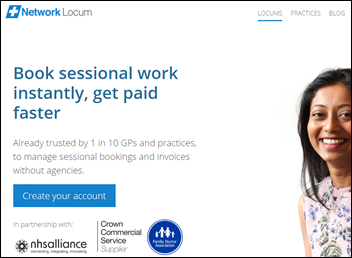 Xerox will lay off 95 employees of its Orlando-based Medicaid administration program due to “the business decision of a single client.” 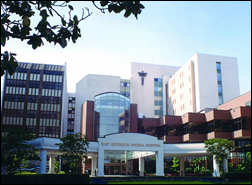 Go Andy Slavitt. You’re going to miss him when he leaves his federal job soon.

The federal government erases $171 million in loans made to students of bankrupt, for-profit Corinthian Colleges, which at its peak ran 100 campuses serving 75,000 students who received $1.4 billion per year in federal student loans. The students who voluntarily chose the aggressively marketed but questionably useful training programs (some healthcare-related) offered by Corinthian Colleges get to walk away from their debt as does the company itself, leaving federal taxpayers holding the bag for the unwise decisions made by everyone except themselves. 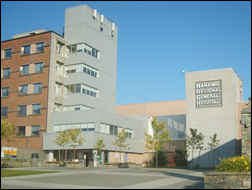 Vancouver’s Island Health will press on with its $135 million Cerner implementation despite last week’s unanimous no-confidence vote by its medical staff, who warn that the system’s electronic order entry is changing, cancelling, and overriding their orders. ED and ICU physicians have already gone back to paper orders after voicing similar patient safety concerns.

Catholic Health Initiatives will get out of the health insurance business after incurring big losses, adding big non-profit health systems to the list of organizations that believed they could compete with much-hated big insurers despite having minimal expertise in assembling a good risk pool and managing member health.

Endocrinologist Joseph Aloi, MD of Wake Forest Baptist Medical Center (NC) describes in an interview how he uses Glytec’s Glucommander software to manage diabetic ketoacidosis. He notes that the #1 concern in treating older diabetic patients is hypoglycemia and it’s often caused by inpatient transfers out of dialysis, patients who aren’t eating, or NPO patients whose routine insulin dose isn’t adjusted. They’re looking at using Epic as a teaching tool to warn physicians if an insulin drip is discontinued and there’s no order for basal insulin, a practice used successfully used by Sentara.

I was wondering while watching fireworks Sunday night if any NFL’ers blew their fingers with firecrackers off this year.

This is a pretty funny tweet, although I wouldn’t have been as kind in not calling out the fact that there’s no such thing as EST until the clocks move back in November. Why do Americans struggle so much with the simple concept of EST in the winter, EDT in the summer? (or just plain ET year round for those who just can’t keep them straight.) I’m not clear on what the HIT100 is, but it seems to reward and excite the Twitterati. I used to feel proud when a big company re-tweeted me until I realized it was a 24-year-old marketing assistant charged with tweeting something positive about the company. It’s not like Neal Patterson is manning or even reading Cerner’s Twitter since most decision-makers have more important things to do than screwing around with social media. 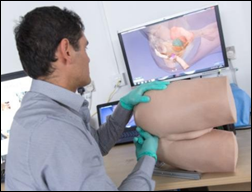 This must be doubly digital medicine: a robotic rectum developed by Imperial College London for practicing rectal exams.