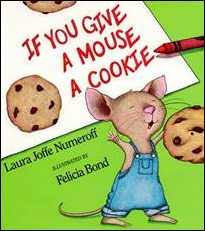 I’m having a little bit of professional déjà vu this week. I originally started working in healthcare informatics somewhat by coincidence. I was working for a group that wanted someone to test-drive an electronic health record for the practice, and since I was relatively new and didn’t have a large patient backlog, I volunteered. Little did I know that it would eventually grow into a full-time career in informatics.

After my time piloting the EHR (which turned out to be a total mess of a system), I was asked to participate in the search process for a replacement. When they selected a system and were looking for a medical director to oversee the EHR project from a clinical perspective, I threw my hat into the ring.

It started as a half-day a week, which was compatible with managing a full-time practice. As the project ramped up, it became a full day a week, which was still doable, but once they wanted me on the EHR project half time, I knew I would have to do something different about my office practice. I contracted with a nurse practitioner to help me co-manage my patient panel.

That worked for a while until the informatics work began to take even more of my time. Eventually I was only in the office one day a week, which created an unsatisfying situation for everyone. Patients weren’t happy that they couldn’t get in to see me. Since I had previously run an open access practice, they were used to same-day attention.

Some of the patients resented the involvement of the nurse practitioner since, in my part of the country, this was well before the concept of “team-based care” started taking root. Those patients felt that if they didn’t get to see the physician, they were somehow being shortchanged. It didn’t seem to matter whether it was an acute visit or whether it was a chronic condition that we were managing through a comprehensive plan of care. The bottom line was that they weren’t getting to see me, and eventually it reached a point where I felt like I was unable to give good care.

At that point, I went to informatics full time, cobbling together enough clinical work to keep the licensing folks convinced that I was in “continuous practice” as required in my state. It’s not entirely clear what happens when you have a lapse in practice, but I wasn’t willing to find out.

Sometimes I covered my former clinical partners in the office when someone was out, seeing acute visits or functioning in a locum tenens capacity. It was a little unpredictable, so I started doing more locum type work and working with some other groups, eventually working my way towards emergency and urgent care practice.

I’ve been in that space (with the occasional stint in a “traditional” primary care setting) for nearly a decade now. While staying on with the health system, I worked in their emergency departments both as an employee and as a contractor. After some changes in their clinical staffing, I bounced around a little until I wound up in my current clinical situation.

I’ve been working with this group for over a year and it’s been an interesting journey. The group is growing by leaps and bounds. The managing partners know that clinical informatics is my full-time gig, so they’re flexible with my work assignments, which is good.

I only had one near-miss with my consulting travel when I had a serious flight delay and wasn’t sure I’d be home to work my shift, but my colleagues were very understanding and were ready to back me up if I didn’t make it. It was a nice feeling since being a part-timer sometimes doesn’t lead to those kinds of relationships. Maybe it’s because they’re just nice people, or maybe it’s because I work a fair number of “undesirable” shifts (weekends and holidays) and they’re grateful. The rest of the physicians and staff know that I have a full-time job elsewhere and are always interested to hear my tales from the consulting trenches.

It’s been a little odd, though, because I have no real leadership or management role and I’m used to working in that capacity. They’ve tried to get me to move into a more permanent role a couple of times, but I haven’t been ready to just yet. Part of the reason is that I’ve been trying to build my consulting practice, but part of it is that I simply am not a fan of 12-hour clinical shifts and that was part of the role.

Recently, though, as the practice has grown, they’ve shown more interest in having someone with a solid informatics background take over that part of the administrative tasks. When they came to me recently with an ask to devote “just a half-day a week” to the EHR and its related operational and clinical impacts, I found myself unable to say no.

Although the pay is less than I’d typically make consulting, it’s nice to have 10 percent of your work hours accounted for without having to try too hard. Not having to write project proposals, do accounting and hours tracking, and deal with the payroll and task aspects balances out the relative loss of income. There’s also the intangible feeling of knowing that my work is making a difference in the grand scheme of things rather than just being an informaticist for hire. They’re willing to be flexible on the hours I spend with them given my travel schedule. Knowing the personalities of my employers, though, I can’t help but think that four hours a week is going to turn into something more.

One of my favorite books to read to my nephew involves a mouse who wants a cookie. When he gets it, he asks for a glass of milk. When he gets the milk, he’ll probably want a straw, and then a napkin, and so on. If you give a clinical informaticist four hours a week…. You never know what might happen. I do hope it involves cookies, though.