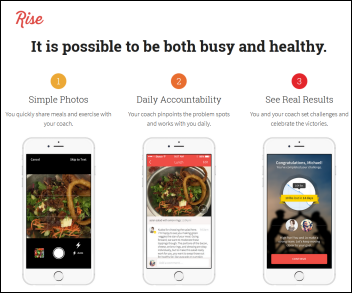 National medical practice operator One Medical Group pays $20 million to acquire nine-employee Rise, whose app connects users with nutritionists for meal planning and diet advice. The company had raised $4 million. One founder was previously with Groupon while the other worked for Mozilla. 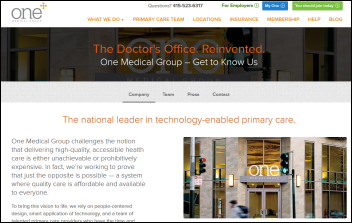 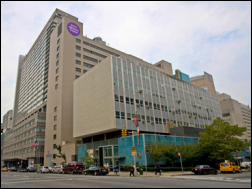 From Lib B Z: “Re: NYU’s Langone Medical Center. Doctors are unhappy with the new EMR added because the changes are confusing and time wasting. The new system supplied by Optum is supposed to work alongside Epic. Langone is reportedly looking at dismantling the recent additions that were hurriedly bolted on.” Unverified.

From Curly Endive: “Re: Epic hosting. We’re also concerned about scanning with McKesson. There seem to be mixed opinions among us whether Epic really gets what a big problem this is. I understand keeping a competitor’s product off their hardware, but my sense is they got caught with their pants down in anticipating that hosting customers would need a solution. They don’t seem to have a fast solution in the works.” Unverified. 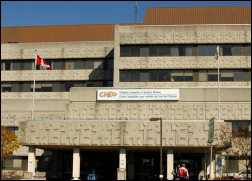 From Ex-Epic: “Re: Epic customers in Canada. Children’s Hospital of Eastern Ontario: Beaker (I think), MyChart, Ambulatory and I think inpatient as well.  Women’s College Hospital: scheduling/registration, Ambulatory only. Alberta Health Services: Mychart/Amb and there was rumor when I was at Epic that they were expanding to enterprise (they already have the license). Mackenzie is full enterprise. I think you covered this in the past, but Epic lost out on University Health Network in Toronto, which is the largest hospital network in Canada.”

More than 80 percent of poll respondents say their reaction to recent CMS statements about Meaningful Use is negative. New poll to your right or here: if you’re going to the HIMSS conference, what is your primary reason for attending?

Welcome to new HIStalk Gold Sponsor Carevive Systems. The Philadelphia-based company offers an oncology care planning system that combines electronic patient-reported outcomes with clinical data and evidence-based content authored by thousands of oncologists to generate initial, supportive, and survivorship care patient care plans and to link patients to clinical trials. Its rules engine auto-populates the 13 elements of the IOM care management plan required for the Oncology Care Model. As a client reports, “What I really like about the platform is the patient’s ability to report his or her own symptoms, and then we can generate evidence-based practice data to manage those symptoms. Subsequently, we provide an intensive care plan for them … we’re able to see what patients are truly experiencing and help them manage their symptoms more effectively.” Thanks to Carevive Systems for supporting HIStalk. 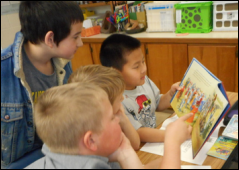 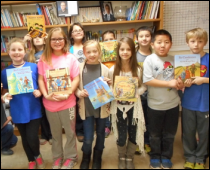 Mrs. Brunetti says her rural Arkansas students are able to remember math concepts better by using the books and manipulatives we provided in funding her DonorsChoose grant request. 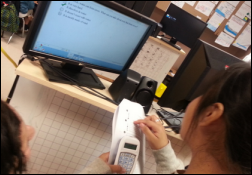 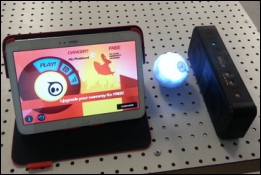 Also checking in is Mr. Garcia, who needed speakers for the six computer workstations he built himself for students of his inner city Dallas school (he’s an Army veteran and computer engineering graduate). We also provided a weatherproof Bluetooth speaker whose use he describes as, “The portable speaker was a hit. We took it to the hallway for the Sphero robotic ball to draw 2D figures. Every time there was a sound it was deep, loud and catchy — our principal came to see us and was very impressed with my students listening to instructions from Sphero. Teaching coordinates X and Y for ordered pairs was very memorable for them. My plan is now to take Sphero, the tablet, and the portable speaker to the basketball court and teach angles, time to distance ratio, problem solving, and critical thinking.” 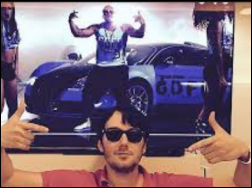 I’ve been surprised at the number of people who are shocked and indignant at Martin Shkreli’s 50-fold price increase for Daraprim, sputtering that his company should behave “fairly.” That’s the most ridiculous thing I’ve heard lately, that anyone would expect a former hedge fund trader and drug company CEO to take any action that doesn’t best serve him or his shareholders, or for that matter that less-annoying healthcare overlords are working selflessly for the good of their customers in some manner everybody else might consider “fair.” Shkreli is working the system that we all created where we made healthcare a capitalistic, obscenely profitable business, no different than everybody else lapping at the sick people’s trough (McKesson doesn’t pay John Hammergren $150 million per year for being “fair.”) The politicians he refused to answer last week seem to think it’s Shkreli’s job and not their own to fix our healthcare mess. As the New Yorker observes with apparent tongue in cheek,

Nancy Retzlaff, Turing’s chief commercial officer, told the committee about her company’s efforts to get the drug to people who can’t afford it. The arrangement she described sounded like a hodge-podge, an ungainly combination of dizzyingly high prices, mysterious corporate bargaining, and occasional charitable acts—which is to say, it sounded not so much different from the rest of our medical system … True, he has those indictments to worry about. But he is also a self-made celebrity, thanks to a business plan that makes it harder for us to ignore the incoherence and inefficiency of our medical industry. He rolls his eyes at members of Congress, he carries on thoughtful conversations with random Internet commenters, and, unlike most of our public figures, he may never learn the arts of pandering and grovelling. He is the American Dream, a rude reminder of the spirit that makes this country great, or at any rate exceptional.

Meanwhile, a fascinating video interview shows Shkreli casually slurping from a $5,000 bottle of wine while playing chess with the interviewer, describing that he’s a hero among dishonorable drug companies and explaining why hospitals and doctors are healthcare’s real cost problem. We’re still trying to convince him to hang out at our HIMSS booth. I told Lorre to bribe him by offering to buy one full-priced Daraprim tablet.

February 23 (Tuesday) 1:00 ET. “Completing your EMR with a Medical Image Sharing Strategy.” Sponsored by LifeImage. Presenters: Don K. Dennison, consultant; Jim Forrester, director of imaging informatics, UR Medicine. Care coordination can suffer without an effective, cost-efficient way to share images across provider networks. Consolidating image management systems into a single platform such as VNA or PACS doesn’t address the need to exchange images with external organizations. This webinar will address incorporating the right image sharing methods into your health IT strategy.

Above is the one-year share price of ATHN ((blue, down 9 percent) vs. the Nasdaq (red, down 7.7 percent). The company is worth nearly $5 billion.

Meanwhile, Bush weighs in on Turing Pharmaceuticals Founder Martin Shkreli, saying he would “fight and die for Shkreli’s right to be a douche,” adding that drug companies should be able to charge whatever they want for drugs that keep people out of expensive hospitals.

MMRGlobal, the purported personal health record vendor whose real focus is shaking down EHR vendors by filing nuisance patent infringement lawsuits against them in forcing licensing agreements, conducts a reverse stock split. The company’s one billion plus shares were worth less than a fifth of a penny, valuing it at $2.5 million. The company lost $490,000 on sales of $80,000 in the most recent quarter. 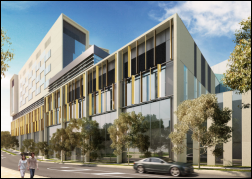 In Australia, Bendigo Health chooses InterSystems TrakCare as the EHR for its new hospital that opens next year.

The Ann Arbor, MI VA hospital goes live on LiveData PeriOp Manager in its operating rooms, where it will synchronize perioperative workflow.

A Forbes editorial says exchange-sold medical insurance will get worse, evidenced not only by enrollment numbers that are 40 percent less than originally estimated, but also by the “adverse selection” of high plan-switching rates indicating that healthy enrollees are trying to minimize the implicit tax in subsidizing sick enrollees who are seeking out the most comprehensive coverage. It concludes that insurance companies that offer the best coverage will be forced out of the marketplaces as federal subsidies run out for their overly sick risk pool.

A proposed Florida bill would require hospitals to verify the identity of Medicaid recipients using biometrics and a link to the state’s driver’s license database.

Above is a nice quote from Ministry Health Care CIO Will Weider.

Jackson Memorial Hospital (FL) fires two employees who provided an ESPN reporter with photos of the medical information of NFL player Jason Pierre-Paul, who blew off his right index finger in a July 4 fireworks accident. 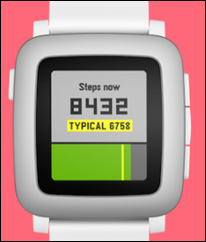 Pebble releases its first health-related smartwatch updates, including a Pebble Health watch face. It’s seems to be purely a step counter and sleep tracker so far. The company’s Valentine’s Day special offers two of its Pebble Time Round Black and Silver for $360, much cheaper than the Apple Watch but equally pointless for me personally. 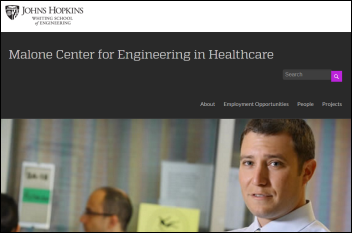 Johns Hopkins University launches the Malone Center for Engineering in Healthcare, which will link engineers with clinicians to focus on data analytics, systems design and analysis, and technology and devices. It is funded by cable TV billionaire John Malone, who earned a MS and PhD from Hopkins. 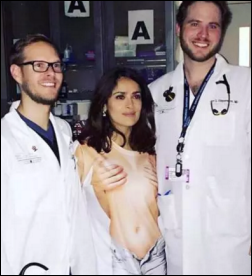 Actress Selma Hayek posts a photo of her posing with the ED doctors who were treating her after an on-set head injury, apologizing for her interesting shirt in saying, “Unfortunately, my wardrobe for the scene was completely inappropriate for the hospital.” She didn’t name the facility, but the doctors appear to work for Northwell Health (the former North Shore-LIJ). I found the Halloween costume shirt she’s wearing for sale here, although I’m torn between that and the company’s mullet wig for my HIMSS attire. 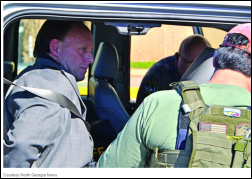 The CEO of Union General Hospital (GA) and four members of his family are arrested for distributing narcotics after an investigation finds that a local doctor had written him 15,000 painkiller prescriptions in three years. The CEO’s brother, who is an ED doctor and former hospital board member, was also arrested, as was their sister, a nurse practitioner. The private practice doctor, who is also a board member of the hospital, was arrested and charged with 41 counts of unauthorized distribution of a controlled substance. It’s fascinating that America’s profitable self-doping has reached such epidemic levels that a hospital’s board apparently conspired to cash in on it. That doesn’t even count the cost of locking up our prisoners of war (on drugs) that has long since been lost in trying to limit supply rather than demand and driving up prices, crime, and overdose deaths as a result.

Yet another study finds that high-deductible medical insurance doesn’t encourage Americans to seek better healthcare services deals – it just causes them to skip getting the care they need. I bet there’s a newly occurring “seasonality” in doctor visits during the first half of the year when patients are paying out of their own pockets again, followed by a surge later once they have – expectedly or unexpectedly – met their deductibles that run nearly $7,000 on exchange-sold plans. 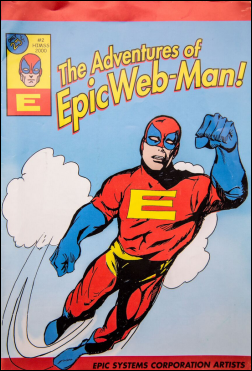 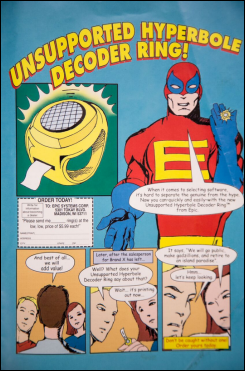 A reader dug up a copy of Epic’s comic book from HIMSS 2000 as produced by “editor in chief Judith R. Faulkner.” The page on the right describes the “unsupported hyperbole decoder ring” that has translated the competitor’s sales pitch as, “We will go public, make gazillions, and retire to an island paradise.” Another page references publicly traded health IT vendors with, “You know what people are saying about the whole Internet stock craze.” That was the year the HIMSS conference in Dallas was pushed back to April to give hospital IT people time to fix unexpected Y2K problems, rocketing attendance to a then-lofty 17,000 (it was 43,000 last year).

Weird News Andy calls the story of the doctor convicted of murder for overprescribing drugs “Rx Wrecks,” with his favorite line being that the perp “sometimes made up medical records” of patients that she described as “druggies.” 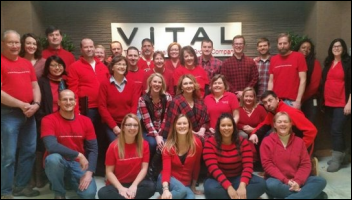