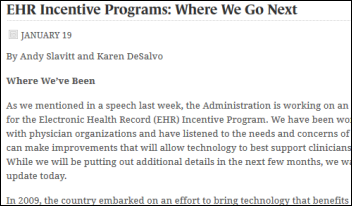 A CMS blog post by Administrator Andy Slavitt and National Coordinator Karen DeSalvo, MD says the administration has been “working side by side with physician organizations” to change the EHR incentive program. They will propose MACRA-based regulations that will:

Slavitt and DeSalvo warn that, despite their seemingly inadequately planned and oddly timed exuberant comments:

From See Me CMIO: “Re: NEJM article on intrusive, standardized patient visit requirements and EHR checklists. Cerner with Dynamic Documentation returns us to the old-school way and away from the tyranny of physician documentation templates. Our go-live of Cerner Ambulatory created angst by physicians using template- and list-driven EHRs from NextGen and eClinicalWorks (especially younger ones who never knew pre-EHR documentation) who were uneasy with a system that instead presented them with basically a blank sheet of paper. Dyn Doc allows the open-ended interview style described in the article, with the need for reminders accomplished on the health maintenance section, the best of both worlds. However, template-driven systems may work better for specialists such as colorectal surgeons and orthopedists who would be slowed down by an open-ended interview.” 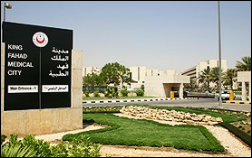 From EMR Expert: “Re: Cerner. Bid $23 million for the EMR tender of 1,095-bed King Fahad Medical City in Saudi Arabia vs. Epic’s $126 million. Only Epic’s price was similar to what it would have bid in the US. Why is Cerner overcharging its US customers compared to oil-rich Saudi Arabia?” “Oil rich” is an oxymoron these days as the barrel is almost worth more than the oil it contains, but I don’t know why Cerner would so significantly undercut Epic’s apparently predictable bid in a two-horse race. Going back to the petroleum theme, it’s like my local gas station whose price is 20 cents per gallon less than everyone else’s – why not go only five cents lower in undercutting competitors while still pocketing the difference? 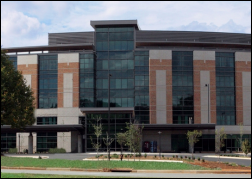 From Not from Monterey: “Re: Centra Health of Central Virginia. A good source tells me they’ve chosen Cerner, ditching McKesson if my memory serves me correctly.” Unverified. They are a Horizon and Pathways shop going back many years. 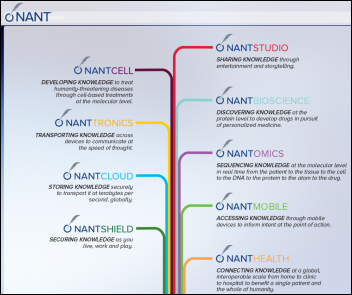 From NantWatch: “Re: NantHealth. Patrick Soon-Shiong says he intends to ‘merge’ NantOmics and NantMobile (the recently rebranded NantMobileHealth) into NantHeath the first half of this year as a part of the ‘Moonshot 2020’ initiative, though he has a tendency to change his mind on a whim, so who knows if this will happen. Predictable internal power struggles have begun.” Unverified. 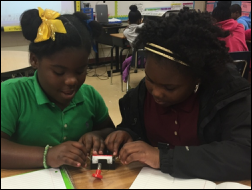 We funded the DonorsChoose grant request of Mrs. Nelson, who asked for science kits for her Alabama elementary school class (her “highest poverty” school has only old, outdated books). She reports, “When they heard the news that we were getting funded, they all cheered in excitement! They were counting down the days until they could see our science kits come in by mail. When they finally arrived to our classroom, my students chimed in perfect sync, YESSSSSS! We opened them immediately to see all of the contents inside. As I read the descriptions of the science kits and showed them the parts, they smiled, cheered, and gleamed with anticipation!” The students are using the electrical activity tub to study and build circuits and next week they will use that knowledge to begin studying renewable and non-renewable energy sources.

An anonymous reader sent $50 for my DonorsChoose project. I couldn’t find any projects that amount would fully cover even with matching funds, so instead I completed the donations already received for Mrs. Azorr’s elementary school class request for dry erase markers, pockets, and earbuds for math practice and, in a second project, printing supplies for Mrs. P’s class in Roanoke, VA.

Listening: new from The Strumbellas, a six-piece band from Canada whose music is somewhere between spare, catchy alternative and pop bluegrass. It didn’t seem promising, but I ended up liking it. I’ll note the untimely passing of Glenn Frey (even though I’d take a root canal over listening to the Eagles any day) as well as the death of another 60-something musician, glam band Mott the Hoople drummer Dale Griffin. It was all Nektar for me at the gym today and those guys are in their late 60s as well. One might argue that 1970s-era musicians were our Greatest Musical Generation and we’re losing them way too fast. 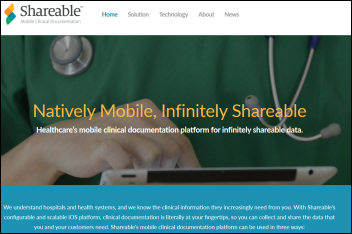 Digital Reasoning acquires mobile clinical documentation vendor Shareable (formerly known as Shareable Ink). Digital Reasoning vaguely describes its work as “cognitive computing,” of which I could learn no more since its horribly designed website takes several minutes to load, vastly exceeding the limits of my curiosity.

UnitedHealth Group beats Wall Street expectations for Q4 revenue and earnings despite losing $720 million in the fiscal year selling insurance on federal and state exchanges, a much bigger loss than it originally expected. The company warns again that it may stop selling policies on the exchanges next year. Meanwhile, UHG’s Optum business generated earnings that were up 50 percent. 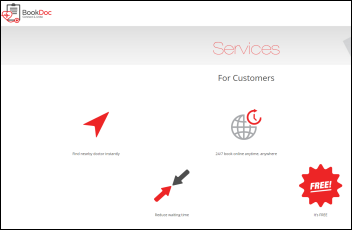 Three-month-old Malaysia-based doctor appointment booking startup BookDoc takes an unspecified investment from the royal family of Brunei. The company says it has “the highest pre-seed and seed funding valuations ever in the technology start-up history of Asia.” 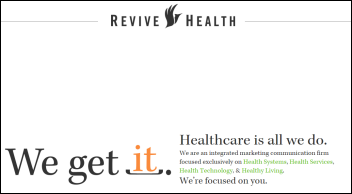 Johnson & Johnson will eliminate 3,000 positions in its medical device business, an action it optimistically euphemizes as, “to strengthen its go-to-market model, accelerate the pace of innovation, further prioritize key platforms and geographies, and streamline operations while maintaining high quality standards.” In other words, the little people it will fire are the problem, not the still-employed executives who hired them in the first place and then apparently mismanaged them to the point that the company is better off with 3,000 empty chairs. 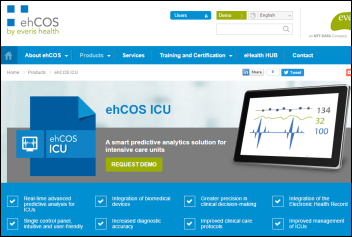 In Spain, NTT Data will work with Everis Health and local hospitals to develop a new medical analytics service technology that will apply knowledge to ICU patient data streams. 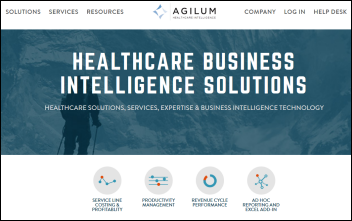 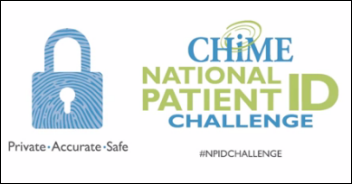 CHIME launches the year-long, $1 million prize National Patient ID Challenge to develop some kind of technology workaround to the lack of a national patient identifier. I have a lot of questions: (a) where did CHIME get $1 million to spend on an R&D project? (b) can any algorithm truly hit 100 percent accuracy without requiring patients to sign up for something new? and (c) if the best submission still isn’t commercially feasible with 100 percent accuracy, does the submitter get the million dollars anyway? Not to mention (d) who has the deep pockets to fund a possible solution with only the hope of earning a winner-take-all prize? (actually there’s a $30,000 prize after the second round, but still …) Perhaps CHIME is actually hoping that someone will launch a third-party registration service since a national health ID isn’t illegal – it just can’t be funded using federal money. I admire the initiative, but I would be somewhere between surprised and shocked if the winner’s solution earns broad adoption.

The VA pays the director of its Danville, IL system $86,000 to resign and keep quiet after he complains to the Merit Systems Protection Board about being charged with threatening to fire a co-worker who reported him for doing little work, having sex with a female VA employee, and then bragging about his conquest to the female employee’s daughter, who also works for the VA. The daughter complained that she didn’t want to hear details about her mother, after which the director sent her a letter that said, “Would you like to live the rest of your life without a mom to be there for you and (redacted word) or would you prefer to have (her) available and happy in my company?’

New Jersey Governor Chris Christie kills a bill that would have required the state’s non-profit hospitals to pay city fees to help cover the cost of municipal services. Oddly enough, the New Jersey Hospital Association collaborated on the bill, hoping to avoid individual lawsuits brought against its member hospitals from cities demanding they pay their fair share. Or as the association’s CEO phrased it while comically avoiding saying the word “tax” in the same sentence as “hospital,” “for hospitals to support their host municipalities with added community contributions.” 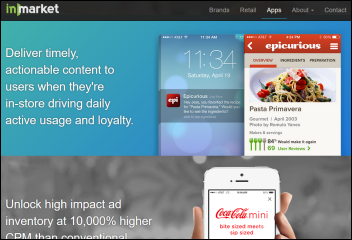 The Rite Aid drug chain rolls out proximity beacons to its 4,500 stores in the largest such implementation in a retail setting. The app sends advertisements and offers (“contextual experiences”)  to the smartphones of in-store shoppers. I bet HIMSS will have it running by next year’s conference. 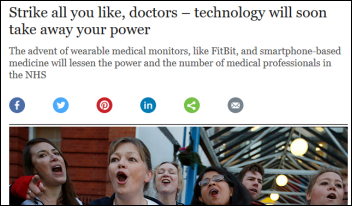 I’m not sure what the British reporter (its political editor, of all things) who wrote a newspaper story titled “Strike all you like, doctors – technology will soon take away your power” expected, but he seems to be whining that doctors disagreed with his highly questionable conclusions, including his belief that people running around wearing Fitbits (which he spelled wrong) will upend “a profession reluctant to give up its position as the keepers of knowledge.” 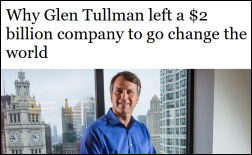 Former Allscripts CEO Glen Tullman provides an interesting career bio to the Chicago Tribune. I wasn’t as interested to read about his investments in vendors of shoes, tea, and solar roofs as I was his recap of  his Allscripts days:

Then I went to a company called Enterprise Systems, which was in the healthcare business. Privately held. They asked me to come in as CEO. I took it public a year after arriving, and then a year later we sold it to the medical information company HBOC at a wonderful valuation … after we sold, I went to a company called Allscripts. Allscripts got to Series J financing [that is, the 10th round], which very few living people ever do. You have a lot of enemies, and you’ve burned through a lot of cash, and that’s when I arrived. We bought just over 60 percent of the company for $6 million … Then we went to work creating the first electronic business that prescribed at scale. We became the leading electronic health record provider in the country on the ambulatory side. Two years later, I took the company public at a $2 billion valuation.

In Australia, the pathology department of Royal Melbourne Hospital goes to manual processing when malware infects its computers running Windows XP, whose support and security updates ended on April 8, 2014. Given the infected location, I would bet that those PCs were running software that is regulated as a medical device and therefore can’t be upgraded without the software vendor’s approval. 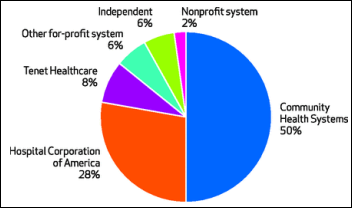 A Health Affairs study identifies the 50 US hospitals with the highest markups, of which 49 are for-profit and 20 are in Florida. Their list prices averaged 10 times their reported costs, meaning out-of-network or cash-paying patients get stuck trying to cobble together enough money to pay bills inflated with a 90 percent profit margin. The authors suggest policy changes that could include: (a) requiring hospitals to publicly post their charge-to-cost ratio; (b) forcing hospitals to apply the same markup to all services rather than selectively jacking up areas like anesthesiology; (c) setting a maximum allowed markup for a given patient; (d) requiring hospitals to offer their lowest negotiated rate to everyone; or (e) requiring insurers to use the same payment method (such as DRGs) but allow the actual payment to vary by insurer based on negotiated rates. 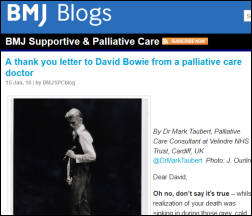 A BMJ blog post from a palliative care doctor and David Bowie fan thanks the late musician for leaving an allegory-laden final album, for dying with dignity at home instead of in a hospital, and for inspiring patients to strive for a good death as the end of a good life.

I was thinking about NASA’s use of telemedicine for space station astronauts, which I assume must not involve Houston-based Johnson Space Center since the Texas Medical Board would otherwise find a way to shut it down.