CMS’s proposed revised Meaningful Use standards will be published on Friday, October 16 with a 60-day comment period following, but are available now as a pre-publication PDF. It calls for a 90-day reporting period, removes some requirements, expands interoperability-related standards, encourages the use of APIs, and makes Stage 3 optional for 2017 and mandatory for 2018. 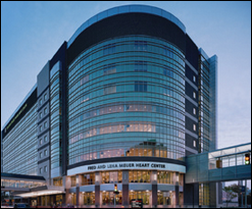 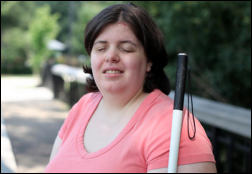 From Light at the End of the Tunnel: “Re: psychologist-assisted blinding. Is there an ICD-10 code for that?” A clearly disturbed North Carolina woman who says she suffers from body integrity identity disorder (which causes healthy people to want to be disabled) claims in a sensationalistic website’s video that a sympathetic psychologist intentionally blinded her with drain cleaner. I seriously doubt that, especially since she says they used numbing eye drops first and psychologists can’t use medications (only psychiatrists can do that since they are physicians). She also claimed in another attention-seeking video (in which she used a different name) that her blindness was accidental. She’s running a $4,000 fundraising project to buy canes for 35 students of a school for the blind in Indonesia, of which $875 goes for the canes and the rest for a two-week visit to the school by the woman and her fiancé. She concludes, “Don’t think I’m crazy. I just have a disorder.” 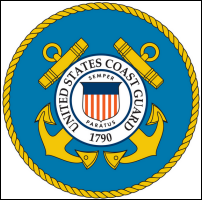 From Flamekist: “Re: US Coast Guard. Will not renew its contract with Epic after spending five years and $60 million. Not a single USCG clinic went live. Rumors are it is considering upgrading CHCS instead. This is in direct violation of a federal mandate for EMR compliance.” Unverified. UPDATE: Epic verifies that USCG won’t renew its contract. Leidos was the Coast Guard’s implementation and integration vendor. Implementation delays were due to integration issues and twice the entire system was accidentally overwritten, causing missed dates unrelated to Epic.

From Hootie: “Re: Experian breach. The 15 million people should be provided with free identity theft and credit protection services from Experian. That will make them feel safer, I bet.” An interesting aspect of the huge breach is that even encrypted information was taken, suggesting that the hackers used high-level user credentials. I’d bet it was another phishing attack. It appears that the stolen information is already being offered for sale on the Dark Web.

From Brian Too: “Re: ICD-10 vs. Y2K. Thanks to all who made a positive contribution. The AMA is specifically exempt from thanks. They took a lower-level modernization issue and exploited it for political purposes. The number of absurd statements that came out of there (and from their supporters) was astounding. Some silence from those quarters would be a nice change.” Unless endless whining counts as silence, I wouldn’t bet on it. 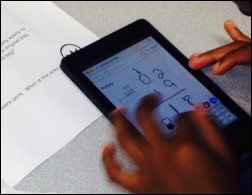 Mrs. McDermott reports that her New York City fifth and sixth graders are using the four Kindles we provided via a DonorsChoose grant to practice their math fluency skills, including during breakfast and lunch, using the IXL app. She says they think it’s cool because they can write their problems directly onto the screen with their fingers. She’ll use it next for her after-school tutoring groups.

I cruised YouTube for ID Experts videos and found this overview of its Radar incident management system.

Grammar and usage peeve: using “drop” to describe something new, as in “CMS dropped the MU rule.” That riles me as much as “went missing” to describe someone whose whereabouts are undetermined.

Cureatr opens its Midwest headquarters in Carmel, IN with three employees and three additional hires planned. 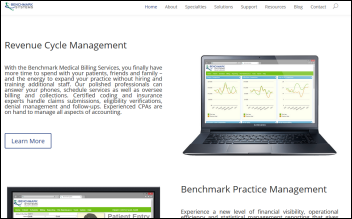 Newly formed, Singapore-based AntWorks acquires Lynchburg, VA-based EHR/PM vendor Benchmark Systems for $5 million, expecting a top-line annual revenue of $10-12 million. The company says it will announce a second healthcare acquisition by the end of the year. 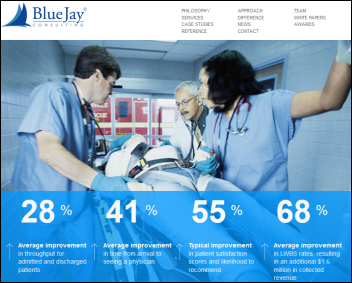 Shares in telemedicine provider Teladoc dropped 20 percent Friday on news that insurer Highmark won’t renew its contract. Above is TDOC share price since its July 1 IPO (blue, down 45 percent) vs. the Dow (red, down 6 percent). 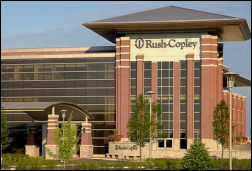 Orion Health announces its participation in the DoD’s EHR project, which will use its Rhapsody Integration Engine to link Cerner Millennium to civilian facilities. The company’s shares jumped 9 percent on New Zealand’s stock exchange after the announcement since Orion was not originally listed as a Leidos partner in the project.

Premier will accept vendor applications for its Innovation Celebration 2016 product showcase through December 11.

Aprima will incorporate education, gamification, and rewards solutions from HealthPrize Technologies into its patient portal. 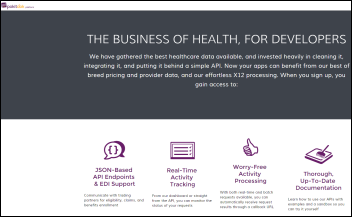 IBM launches a consulting organization for its Watson and analytics products. 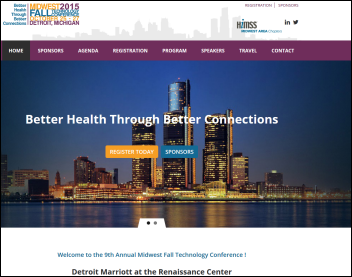 HHS OCR launches a HIPAA page (announced via a tweet) for mobile health app developers. It allows users to submit questions and suggest areas in which HIPAA guidance can be improved. OCR doesn’t say exactly how it will address submitted questions. 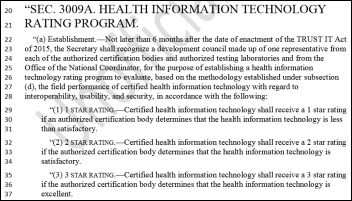 As originally reported by reporter Alex Ruoff of BloombergBNA, HELP committee members Senators Bill Cassidy (R-LA) and Sheldon Whitehouse (D-RI) introduce the TRUST IT act that would require ONC to develop an EHR star rating system using stakeholder-developed criteria and user feedback, with automatic decertification of low-rated products. The bill would require EHR vendors to attest to their level of openness as part of certification. Providers or vendors found to be blocking information exchange would be liable for a fine of up to $10,000. The bill also calls for vendors to be fined for failing to participate or for not improving their low-rated products, with the proceeds funding a “revolving user compensation fund” that would reimburse users of decertified EHRs for their costs to replace them.

Mental Health America and Netsmart express support for legislation that would allow providers to share addiction treatment medical records via HIEs and ACOs with the patient’s consent.

DocGraph finds problems with the referral data sets published by CMS and ProPublica, noticing that files inconsistently covered periods ranging from 12 months to 48 months due to misunderstood Freedom of Information Act requests. DocGraph Data Journalist Fred Trotter warns that customers may have used the information to inappropriately sever relationships with specific physicians or even to stop services in certain markets.

Microsoft didn’t appear to have much luck selling its Band wearable, so it releases a new version that has a curved display. It also costs $50 more at $249. A vendor gave me one of the original ones at the HIMSS conference, but I reboxed it just an hour after putting it on despite being impressed by its sensors because it was huge, bulky, and rigid. My experience and everything I’ve read suggests that wearables have run their course with little effect on health, just like the millions of closets that hold a dusty, infomercial-pitched healthy juicer. 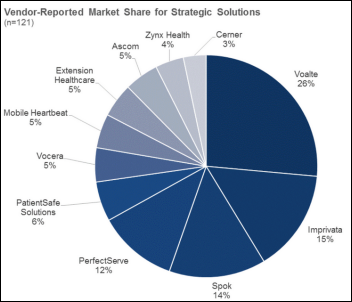 A KLAS report on secure messaging finds over 100 vendors that offer products, many of which KLAS considers as entry-level solutions offered by companies with no other healthcare domain expertise who offer few interfaces. Strategic solutions include rules-driven message prioritization and escalation, alarm management routing, and integration with multiple systems. TigerText leads both market share and mind share, but its price is high for basic functionality, providing opportunity for primary competitors Imprivata, Vocera, Voalte, Spok, Cerner, and Doc Halo. 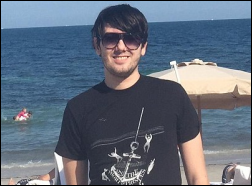 I speculated a few days ago that Martin Shkreli’s Turing Pharmaceutical must have bribed generic drug manufacturers to not produce an alternative to Daraprim to protect his 5,000 percent price increase for the 62-year-old drug. It turns out he’s smarter than that – the company sells the drug only to company-approved buyers. The FDA requires generic manufacturers to test their drugs against the brand name product, so Shkreli blocks them from obtaining Daraprim, leaving them unable to perform the tests. Meanwhile, Shkreli’s only slightly more restrained drug company peers have been steadily raising prices for years, even for drugs whose demand is slipping, according to a Wall Street Journal report that finds most drug company profits come from price increases. It quotes a former drug company CEO’s statement to investors, “If there’s price increases that can be taken and delivered to shareholders, we’ll go get it, but I do think we got to make sure we take a long enough view and you don’t start to put this thing in a box, where you get the backlash.”

A CNN article seems to blame Google-owned free navigation app Waze for the death of a tourist in Brazil who was killed when the street name she entered took her into a drug gang-controlled neighborhood, where someone fired 20 bullets into her car. The city of Niteroi, it turns out, has two streets with the same name, one in a trendy tourist section and the other in one of the slums where 20 percent of Rio de Janeiro’s citizens live. Perhaps that’s a market opportunity for GPS app vendors – cross reference their directions with police records to avoid dangerous parts of town just like they avoid unpaved roads (or maybe it’s an opportunity for cities to not just turn over known sections of town to criminals). 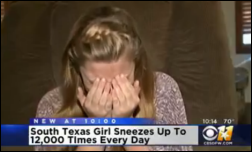 Weird News Andy says this story is nothing to sternutate at: a 12-year-old girl has been sneezing 12,000 times a day for a month. WNA adds the ICD-10 code of R06.7, also relating that his brother once lost 10 pounds after hiccupping for three weeks. WNA also points out a story describing how a Montefiore Medical Center OR tech who had gone to the ED with a finger injury was found dead in a locked third-floor bathroom three days later.