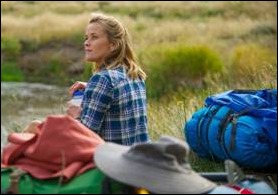 Mr. H mentioned that I was away last week. I had the pleasure of spending it on a wilderness adventure and was able to seriously unplug for the first time in a long while. Being forced to make do with what you remembered to pack and what your companions are carrying definitely casts a different light on the idea of accomplishments. I wasn’t away very long before I had some experiences that made me question how important some of the things we all worry about on a daily basis really are in the grand scheme of things.

My active clients and my practice knew I was going to be away and to not expect any responses to email until today. Although our group had a solar charger with us, most of us were pretty serious about putting our technology away on day one. Being able to wake up without the blinking light on my phone was priceless. I went from a world of worrying about hundreds of minute details to a world where the key worries were having enough water, making fire, having adequate food, and staying dry were the real priorities (and not always necessarily in that order).

Teamwork has an entirely new meaning when you are depending on each other to share the load (literally) and look out for each other. Being in the backwoods means getting creative with solutions when you don’t have ready access to everything you wish you had. I administered some fairly primitive medical treatments – fortunately the standard of care doesn’t apply when you’re many miles from nowhere. Everyone made it home with all their limbs and most of their senses of humor, so I guess my wilderness first aid skills were OK. It was certainly nice to be in a world where I didn’t have to worry about documentation, although I did have to have my companions do a “sanity check” on my plan of care since my mind was trying to operate in a Level I trauma center while my patient was sitting on the ground in the dirt.

The best thing was being away from federal (and other) mandates. When your main directives are “Leave No Trace” and to not do anything stupid or that might get you dead, it’s a lot more simple. None of my fellow hikers were in healthcare and only one was in IT, so we didn’t get sucked into beef sessions about work or coworkers. I’ve spent the last decade and a half using the better part of my waking hours to deal with unhappy physicians, poorly functioning technology, and whether my employers were sane. It was nice to just worry instead about how far I could push myself mentally and physically and whether my feet were staying dry and happy.

I learned that I’d rather deal with venomous spiders and reptiles any day than with RAC audits and PQRS calculations. I also learned that having the right kind of supplies turn up at the right time makes all the difference (and indeed what I would do for a Klondike Bar, when presented with one that had been delivered in dry ice following three days with the heat index well over 100F). I shared my tent with a fascinating spider – do you know how long it takes her to eat a fly? I do. I also shared my path with a flock of wild turkeys (not the liquid kind), mosquitoes the size of hang gliders, and what one of my trail mates insists was a chupacabra (personally I think it was a raccoon).

I think the best part of the experience was being mostly without the need to keep track of time. You wake up when the sun comes up and go to bed when you feel like it. There are no double-booked meetings or back-to-back conference calls. You rest when you’re tired and pick up again when you’re ready. You have the luxury of watching spiders build webs because you don’t have anything else pressing to do.

Coming back to civilization was initially a rude awakening. The first person I encountered at the airport was a twenty-something man using voice-to-text for messaging his best friend about why the friend’s girlfriend was bad news. I got to hear all the gory details and doubt he even thought that everyone around could hear. (By the way friend – it’s going to backfire. Your friend needs to figure it out on his own.)

Civilization did redeem itself, however, when I discovered I was sharing my flight home with the BYU Ballroom Dance Company. They were extremely courteous travelers as well as being classily dressed. I almost thought I had fallen into a 1960s air travel dream with the men in crested navy blazers and the women in matching tangerine travel dresses. I found it amusing that although the ladies’ jewelry matched, they all had their own choice of shoes.

Nearly 70 miles of hiking later, I’m back in the saddle with quite a few emails and a couple of conference calls. It’s hard to be back, but I’m interested to see how my new perspective influences my day-to-day work. I’m exhausted but invigorated. I’ve already started planning next summer’s wilderness adventure and it’s great to have something to look forward to.

What’s your next adventure? Email me.