CareFirst BlueCross BlueShield, which provides insurance to residents in Maryland and Washington DC, becomes the latest victim of a targeted cyberattack. Carried out in June 2014, the attack was discovered during a system-wide security audit. Hackers gained access to a total of 1.1 million patient records. While Social Security numbers, medical claims, and financial information were not compromised, hackers did gain access to member names, birth dates, email addresses, and subscriber identification numbers.

From: Clinic Maven: “Re: Greenway’s Walgreens business is about to shut down.” Greenway’s relationship with Walgreens began in 2010 when it deployed its PrimeSUITE EHR at subsidiary Take Care Health Employer Solutions pharmacies and clinics. The company has worked with Walgreens over the last several years to finish up a pharmacy-wide roll out of the WellHealth EHR, built on the Greenway platform. Greenway Health CMO Robin Hackney responded to my request for verification: “As you know, Walgreens has announced a strategic and financial review of all of its operations, so even if we did have any insight into its plans we couldn’t share them. Speaking on behalf of Greenway Health, however, we remain extremely excited about the future of retail health as part of the nation’s health ecosystem and our opportunity to serve American healthcare consumers in new, innovative, and cost-effective ways.”

From: Bubble Guy: “Re: Welltok acquisition of Predilytics. It was just an "acquihire.” The investors in the last round did not make money. They just invested nine months ago. There was little cash and just stock in Welltok given. This is the dark side of analytics and digital health. Many companies won’t make it and if one doesn’t know that all acquisitions are not the same, then it may appear this acquisition was actually good news. I suppose it’s good if the alternative was winding down at Predilytics.

This week on HIStalk Connect: Stanford University researchers unveil a promising new gene therapy technique that can reprogram retinal cells to behave like rods and cones, potentially restoring vision to a subset of blind patients. MindBody files its SEC forms in preparation of a $100 million IPO. Stride Health, a private health insurance exchange startup, raises a $13 million Series A to expand its platform nationally. 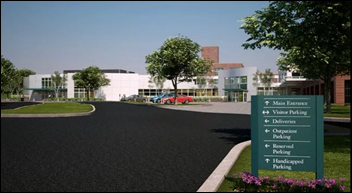 The Autism Center at Hospital for Special Care (CT) becomes the first organization to receive the Patient Centered Specialty Practice recognition for Autism from the National Committee for Quality Assurance. The center attributes the recognition to its Allscripts Sunrise Ambulatory Care solution. 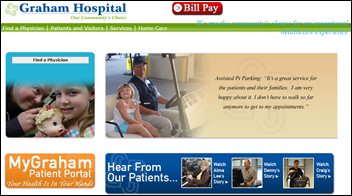 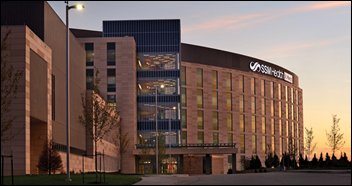 SSM St. Mary’s Hospital and Medical Group (MO), both part of SSM Health, will launch Epic across their facilities early next month. 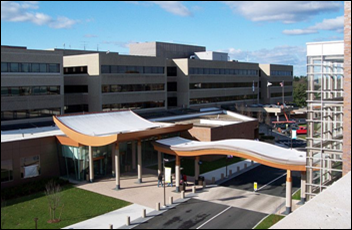 Lahey Health (MA) plans to lay off 130 employees, with seniors executives taking a voluntary 10-percent pay cut for the rest of the year. Lahey Hospital & Medical Center CEO Joanne Conroy, MD cited the system’s $160 million EHR implementation as a contributing factor to the system’s financial difficulties. It signed an agreement with Epic in 2013, noting that it would create 100 new jobs to handle the roll out. 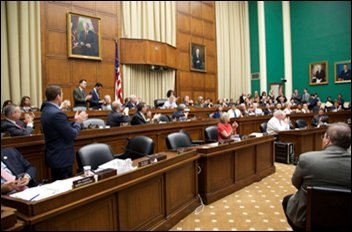 The House Energy and Commerce Committee unanimously approves the 21st Century Cures bill in a 51-0 vote. Premier was quick to chime in with kudos for the bill’s supporters: “We … wish to thank Committee members Joe Pitts (R-PA), Frank Pallone (D-NJ), Gene Green (D- TX), Michael Burgess (R-TX) and Doris Matsui (D-CA) for their support of interoperability standards in the legislation, and for their efforts to ensure that the technology systems of the future will be built using open source codes that enable applications to seamlessly exchange data/information across disparate systems in healthcare.” Given the speed with which it has flown through committee, it will likely pass in the full House and land in the Senate sometime this fall.

ONC announces that it will sunset the Health IT Standards Committee’s permanent workgroups, replacing them with a series of time-limited task forces that will study and make recommendations on specific issues. The intent is to create a more agile HITSC and to increase public engagement by offering an opportunity to participate in smaller, less time-intensive projects. 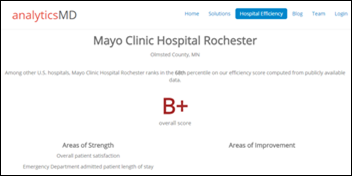 Time profiles the launch of startup AnalyticsMD’s Web-based efficiency index, which offers consumers an easy way to look up and compare hospital strengths and weaknesses in the areas of ER, patient satisfaction, and cost. The California-based company hopes the index will also offer hospital administrators an easy way to benchmark and compare their efficiencies with peer facilities. 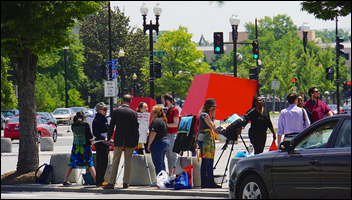 Regina Holliday, members of The Walking Gallery, and a reporter or two gather outside of the HHS building in Washington, D.C. to paint and protest the agency’s step back from patient engagement in Meaningful Use criteria. (Check out Jenn’s interview with Regina for the full story behind her advocacy efforts.) KP MD and spectator/supporter Ted Eytan shares a few interesting details of the “brutalistic” building’s history in his blog about the event: “In other wackiness in the 1970s, by the way, plans for a gym in the building were scrapped as executives were told they ‘would be expected to get their exercise by running upstairs and chasing welfare fathers.’