Cognizant reports Q1 results: revenue up 20 percent, EPS $0.62 vs. $0.57, beating expectations for both and boosting the stock to a record high Monday. The company’s healthcare unit, which includes its November 2014 TriZetto acquisition for which it paid $2.7 billion, increased revenue by 43 percent year over year. CTSH shares are up 32 percent in the past year. Cognizant says it has added 500 consultants and 300 developers to the former TriZetto business and was selected for $200 million worth of synergy deals, which it says proves its expectations of $1.5 billion in post-acquisition revenue synergies. TriZetto had closed 2014 at $729 million in revenue with single-digit growth rates before the acquisition. Cognizant CEO Frank D’Souza added that while the TriZetto integration continues, the company would consider another acquisition of similar size.

From Compadre: “Re: Athenahealth. Its core offering is data entry, not software. They have thousands of people scanning, typing, and following up on claims. The actual software is just a Web front end that drives little profit margin. Let’s do some math. One MD internist collects $25K per month. Athena charges 7 percent ($1,750) to perform billing services, allowing it to book annual revenue of $1,750 x 12 months so the top line revenue looks like it’s growing. However, the cost is $1,500, leaving $250 per month for busy work. That’s not cloud computing. The street has caught on to this and it’s starting to show in investor sentiment. Finance rule 101: not all revenue is created equal.” A Forbes analysis says Athenahealth, like Allscripts, is facing low and declining ambulatory EHR margins compared to Cerner and says ATHN struggles with “evaporating profits, competitive struggles, and fading tailwinds” even as its share price climbs, making it ripe for implosion.

From BestBets33: “Re: Dr. Jayne’s report on her friend’s hospitalization. I often wonder why discharge planning and education is so disorganized. They do these things every single day, yet everywhere I’ve been it is such a cluster. Think about confused patients and nurses chasing things that should have been taken care of with a short checklist.” It is ridiculous that award-bragging hospitals can’t drive their policies and technologies down to frontline staff, meaning patients are at the mercy of whatever the individual nurse or doctor decides to do given their other priorities. Any other high-volume, high-revenue business would collapse from the lack of standardization and consistency – can you imagine shopping at a Walmart or eating at a McDonald’s that is run like a hospital? I suggested to Dr. Jayne that she ask her friend to request a copy of her medical record to see how closely it matches reality, not to mention finding out the cost and time required to get it. The hospital has a $200 million EHR, but from Dr. Jayne’s account, they’re using it poorly. Here’s my theory: hospital executives all over the country have fooled themselves into thinking they offer great care because they’ve walled themselves off from reality. They don’t eat their own dog food — when they themselves are forced into the patient role, they either go elsewhere due to privacy concerns or they get the swanky suite treatment far away from the huddled masses who pay their huge salaries. I would bet that every one of us who has been hospitalized was appalled at the inefficiency, clinical errors, and lack of consistent humanity. We ought to be embarrassed as an industry at what we’ve let ourselves become while pretending otherwise, but on the other hand, just acknowledging the opportunity for improvement is the first step.

From Picky Eater: “Re: Jeremy Bikman’s comments about KLAS. One report I saw recently costs $16,000 and it surveyed only a few dozen people. That’s not sustainable, especially considering that its methods are not statistically valid.” KLAS’s business model is brilliant – by ranking vendors, it creates a profitable maelstrom as the higher-ranked ones pay it fees to brag on their accomplishment (no matter what its statistical validity) and the lower-ranked ones pay the company for whatever insight it can offer to help them move up the food chain. I contributed to KLAS as a provider almost from the day they opened and my summary is that I rarely quibble at their best- and worst-ranked vendors – it’s the ones in between that are always duking it out. It was most useful when I was looking at a product I knew nothing about because otherwise the reports only validated what I already knew. I wasn’t as interested in the rankings or even the scores as much as I wanted to read customer comments, but even then you can’t put too much stock in them since you don’t know either the organization or the background of the commenter.

From Sam: “Re: Ed Marx. I like reading his submissions because he seems like a CIO with a philosophy. I’m curious if he resigned to work for a new organization and which one it might be.” I’ve heard indirectly that he has a new job, but I’ll leave it up to him to announce it when he’s ready. 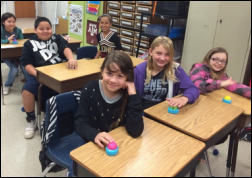 This is Ms. Sheppard’s Texas third-grade class using the drawing tablet, response buzzers, and iPad projector adapter bought with our DonorsChoose donation. She says the students now want to do all of their work using the response system since they enjoy competing. Maybe the buzzers should be used at some of the HIMSS snoozer sessions, or perhaps at executive meetings after being wired to provide an electrical shock to the presenter if the majority of attendees are bored.

I also got a fun thank-you card from a high school student who is happy with the algebra calculators we purchased for the class. It reads, “You’re my hero. You’re like the Superman of my math class today. For years now my brain has had one thought … I hate math. But now it is a lot easier for me to do basic and hard math because of the technology you have donated. I still don’t like math, but it’s not the worst thing in the world.” It apparently isn’t, because the student ended with a PS that included a complicated math problem and the challenge, “See if you can solve this.” It’s great seeing the benefit of donations firsthand, knowing that the impact wasn’t diluted by middlemen salaries and wasteful corporate overhead (which is why I would never donate to a hospital).

Meanwhile, Epic has generously donated $4,500 towards our classroom projects, so I’ll be funding quite a few new ones this week. I have to look at our total donated, but I think it’s $20,500, and that funds a lot of important activities. Thanks to Epic for helping a bunch of kids  – I will make it a point to look for Wisconsin teachers in need.

Listening: reader-recommended Tame Impala, a one-man band from Australia that sounds like Sergeant Pepper-era John Lennon jamming with the children of Pink Floyd at the home of Tears for Fears.

May 19 (Tuesday) 2:00 ET. “Lock the Windows, Not Just the Door: Why Most Healthcare Breaches Involve Phishing Attacks and How to Prevent Them.” Sponsored by Imprivata. Presenters: Glynn Stanton, CISSP, information security manager, Yale New Haven Health System; David Ting, CTO, Imprivata. Nearly half of healthcare organizations will be successfully cyberhacked in 2015, many of them by hackers who thwart perimeter defenses by using social engineering instead. The entire network is exposed if even one employee is fooled by what looks like a security warning or Office update prompt and enters their login credentials. This webinar will provide real-world strategies for protecting against these attacks.

May 20 (Wednesday) 1:00 ET. “Principles and Priorities of Accountable Care Transformation.” Sponsored by Health Catalyst. Presenter: Marie Dunn, director of analytics, Health Catalyst. Healthcare systems must build the competencies needed to succeed under value-based payment models while remaining financially viable in the fee-for-service landscape. This webinar will outline key near-term priorities for building competency at successfully managing at-risk contracts, with a particular focus on the importance of leveraging data to drive effective decision making.

CareMore Medical Group of Nevada signs up for the chronic care management program of Allscripts.

Former HHS Innovation Fellow Zac Jiwa joins healthcare API vendor MI7 as CEO. He had been an advisor to the company. 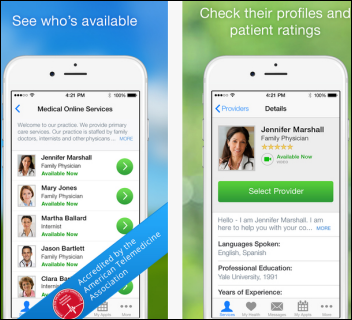 Telehealth service vendor American Well releases a telehealth app for providers who want to see non-urgent patients via high definition video visits and Apple HealthKit connectivity. It also allows patients to choose a particular doctor or to take first-available and for doctors to invite their patients to a telehealth visit.

Rep. Ted Poe (R-TX) introduces a bill that would prohibit HHS from implementing ICD-10. He’s been a hater from the beginning (mostly of anything Democrats favor), but his previous legislative attempts to stop ICD-10 haven’t gained traction and probably won’t this time either since he doesn’t have much Congressional clout. At least he’s apparently given up on his repeated attempts to prove that President Obama isn’t a US citizen. 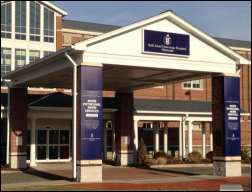 Beth Israel Deaconess Hospital – Plymouth (MA) declares “Email Free Fridays,” urging employees to stop emailing each other for a least one day per week, get out from behind their desks, do real work, and communicate with co-workers face to face. 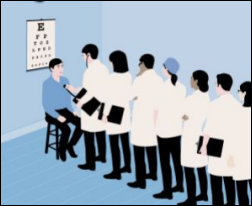 Atul Gawande says in a New Yorker article that performing unnecessary tests and procedures is expensive and risky to patients, but it’s hard hit the sweet spot between doing too little and doing too much, especially in an environment that pays doctors for unnecessary care and penalizes them (via satisfaction scores and lawsuits) for lapsing into inadequate care territory. My interest is something he doesn’t emphasize much – what voice does the patient have in those decisions? We always assume patients want their doctors and hospitals to be aggressive with their procedures and prescriptions, but I suspect doctors aren’t always good at explaining the long-term benefit or recommending only those treatments that they themselves would choose.

A three-hospital study finds that while physicians often blame demanding patients for running up healthcare costs, less than 9 percent of oncology patients ask for specific tests or treatments, nearly all of those are clinically appropriate, and physicians very rarely comply with the inappropriate ones.

An MIT Technology Review article says Apple will recommend genetic testing to certain iPhone users, arrange for the tests to be run by academic partners, and then allow people to share their results with each other or with researchers via ResearchKit. UCSF and Mount Sinai Hospital are planning studies that will involve DNA collection.

The family of deceased Ebola patient Thomas Duncan says the donation of $125,000 by Texas Health Resources as part of its settlement with the family is “not nearly enough,” expressing shock that THR didn’t provide the $5 million the family asked for to build a hospital in Liberia. 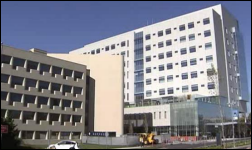 Legacy Health System (OR) goes to an emergency operations plan when an apparent power surge takes its systems down for 12 hours. 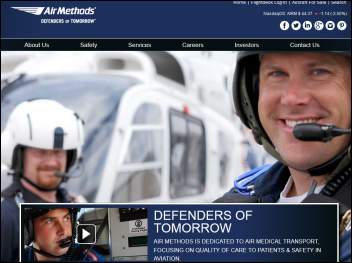 A New York Times article covers the rise of air ambulance services that are raising their rates dramatically and pressing harder for patient payment even as insurance companies reduce coverage. A glut of medical helicopters has caused usage to drop and an industry trade group is trying to convince the federal government to increase their Medicare payments, warning that “it’s about access to healthcare.” Billion-dollar operator Air Methods, which operates 450 helicopters and airplanes in 300 locations, charges an average of $40,000 per flight. It’s another of those healthcare things that sounds like a fairly good idea to doctors and patients until everybody finally realizes what it costs. 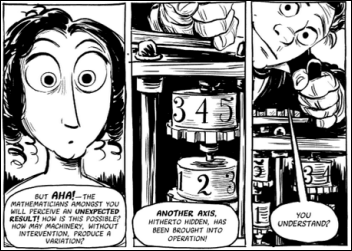 Weird News Andy offers a thumbs-up on the just-published “The Thrilling Adventures of Lovelace and Babbage: The (Mostly) True Story of the First Computer,” which he describes as “fun, smart, and very entertaining / informative.” It’s a mix of fact and fiction for “the whimsical intelligentsia,” a group to which we all surely aspire to belong.