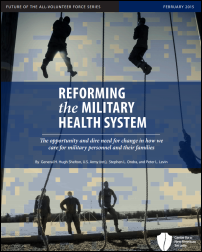 A national security think tank’s report on military health system reform — written by former government officials General Hugh Shelton, Stephen Ondra, and Peter Levin, all of whom now work for corporations — says the DoD’s $4 billion AHLTA system has a “tortured history” of poor design and lack of interoperability with the VA, and despite President Obama’s specific instructions in 2009 for the departments to develop a joint EHR, “DoD has spent billions of dollars and still not fielded any newly integrated clinician-facing software.” The report adds that the DoD will spend more billions to buy a commercial system that may not serve it well, explaining:

Given the fast pace of technology changes, we hope that DoD will not repeat the mistaken multi-billion dollar decision that will hold it captive to the innovations of any single company or the services of a solitary vendor …DoD is about to procure another major electronic (health records) system that may not be able to stay current with – or even lead – the state-of-the-art, or work well with parallel systems in the public or private sector. We are concerned that a process that chooses a single commercial “winner,” closed and proprietary, will inevitably lead to vendor lock and health data isolation.

Hugh Shelton was formerly chairman of the Joint Chiefs of Staff and is now chairman of Red Hat. Stephen Ondra, MD was a White House health information advisor and is now SVP/chief medical officer of insurance company Health Care Service Corporation. Peter Levin was CTO at the VA and now is CEO of Amida Technology Solutions, which offers applications built around Blue Button.

From Camino Real: “Re: OpenNotes. Cerner will also be using it as the default.” I’m still interested to learn more about the technology changes required by EHR vendors and how the patient interacts with the EHR. 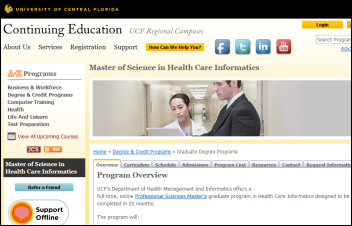 From Back to School: “Re: master’s in health informatics. I’m considering the online programs of UCF and USF, but neither is CAHIIM accredited and therefore I can’t sit for the RHIT exams. I’m not sure if that’s a necessary certification when pursuing a career. I would be interested to hear from someone who graduated from an online program.”

Eighty-one percent of poll respondents are skeptical that Athenahealth can turn BIDMC’s homegrown WebOMR into a competitive commercial product. Ann commented that it’s hard to commercialize a system that was built for a specific organization and wonders how much effort Athenahealth will spend on requirements, design, and testing. Reluctant Epic User says the value to Athenahealth will be in using BIDMC’s intellectual property to turn its RazorInsights acquisition into a more capable offering, adding that the big winner is BIDMC, who gets cash for an asset they weren’t willing to monetize and a free 20-year license to whatever Athenahealth develops if they like it. New poll to your right or here: should biometric security protection be mandatory for systems that contain patient information? I would also be interested in hearing from biometric security experts – how reliable is it and why isn’t it more widely used for IT systems in general?

HIStalk “I want to come” registration will close soon, so it’s your last chance to avoid non-buyer’s remorse in a few weeks. 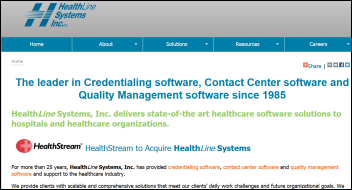 HealthStream will acquire San Diego-based credentialing software vendor HealthLine Systems for $88 million in cash, announcing plans to combine its business with that of Sy.Med Development, a credentialing systems vendor that HealthStream acquired in 2012 for $7 million.

“Fortune” profiles eClinicalWorks , which has grown without venture capital and is run by co-founders who placed their ownership in trusts so that none of them can cash in their shares or try to take the company public. CEO Girish Navani told the reporter, “I don’t need to be the richest man in Massachusetts,” adding that employees like profit-sharing cash even more than stock options since “they can buy stock in Apple.” 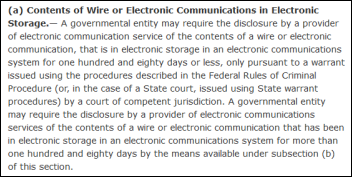 A McClatchyDC article calls attention to the fact that emails older than six months are fair game for warrant-free US government snooping because the 29-year-old Electronic Communications Privacy Act categorizes anything older than 180 days as “abandoned.” Several bills have been proposed to change the law, one of them by Rep. Kevin Yoder (R-KS), who explains, “The government is essentially using an arcane loophole to breach the privacy rights of Americans. They couldn’t kick down your door and seize the documents on your desk, but they could send a request to Google and ask for all the documents that are in your Gmail account.”

A same-sex married Indiana couple sues the county health department for refusing to list both their names on their child’s birth certificate. The couple changed the “Father” field on the submission form to “Mother No. 2,” but hospital’s software couldn’t handle the change, so the resulting birth certificate listed only one of the women. The county’s health administrator says his department sympathizes, but state law is clear that birth certificates are intended to list only biological parents.

The title of a Medscape article “House Hearing Dampens Hope of ICD-10-Delay” obviously sees the other side of the ICD-10 argument. It quotes the one negative testimony from the hearing, which came from an Alabama urologist representing the American Urological Association. He said, "Physicians have to have a guarantee that we’re going to get paid if we don’t code right. You’re not going to pay me because I code it wrong? Some doctors won’t be able to do it. Do they deserve the death sentence and be put out of business?” He says doctors have been too busy with Medicare cutbacks and Meaningful use to deal with “another expensive distraction with little demonstrated value to improving direct patient care.”He suggests another delay or a dual reporting option that allows doctors nearing retirement or having hardships to keep using ICD-9.


Re/code’s Kara Swisher (the separated wife of White House CTO Megan Smith) interviews President Obama, who says that state-sponsored cyberhacking is too sophisticated for the private sector to defend against without government help, adding that companies within a given sector need to work together to share information since any one of them could be the weak link that exposes the others. Asked how the US government can condemn state-sponsored hacking when it is guilty of the same thing, the President said that international standards should be developed, adding that industrial espionage should never be allowed. Silicon Valley companies that passed on attending the White House’s cybersecurity summit in protest of the National Security Agency’s heavy-handed citizen spying included Google, Facebook, Microsoft, and Yahoo. The President added that he’s looking at wearable fitness trackers and is leaning toward an Apple Watch as his first. 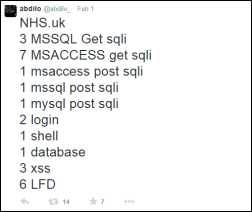 In England, a 16-year-old hacker publishes a list of vulnerabilities in NHS sites that includes SQL injection flaws, cross-scripting bugs, and administrative logins. The same hacker live-streamed some of his recent attacks, inviting people to watch as he broke into the sites of a travel insurance company and an Illinois university.

A Texas judge dismisses a patient’s lawsuit against a hospital whose systems were hacked early this year, saying that she suffered no injury as a result since her credit card didn’t bill her for the resulting fraudulent charges and use of her Yahoo Mail account to send spam stopped once she changed her password. 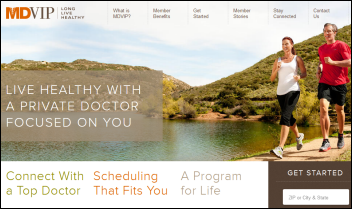 A Florida jury finds that concierge medicine firm MDVIP falsely identified its doctors as superior in the 2008 case of a now-deceased patient whose leg had to be amputated after poor care coordination, awarding her husband $8.5 million. The jury found that the patient’s MDVIP-provided primary care doctor misdiagnosed her circulatory condition and referred her to an orthopedist without providing her medical records. The industry-dominating, 700-physician MDVIP was purchased by Proctor & Gamble in 2009 and sold again in 2014 to a private equity firm that also holds positions in Wellcentive, Modernizing Medicine, Infor, and Meditech. The company does not hire physicians, but instead charges them a franchise fee. MDVIP’s chairman and CEO is also chairman of work site health provider Crossover Health, whose CEO is former Medsphere co-founder Scott Shreeve, MD.

Novant (NC) connects its EHR to the federal health information exchange, allowing it to exchange records with the VA if the patient approves.

“Father of the Internet” Vint Cerf says the loss of medical records in a recent Brooklyn warehouse fire could happen again if priceless original documents are stored only in electronic forms. He worries that the digitized versions of photos or documents are of inferior quality compared to the originals and that software companies may stop supporting those file types, creating “a forgotten generation” of material that can’t be viewed. I immediately thought of all the family memories from the 1990s that are sitting in closets around the world on now-obsolete and decomposing videotape.

The Toronto Star finally admits it was wrong in running an anecdote-filled, science-light article titled “a wonder drug’s dark side” in implying that HPV vaccine is dangerous and then insulting the scientists who pointed out the article’s many flaws. The publisher now concedes that the headline was misleading, the front-page hysterics were inappropriate, and the story’s emphasis on emotional stories rather than the medical literature was wrong.