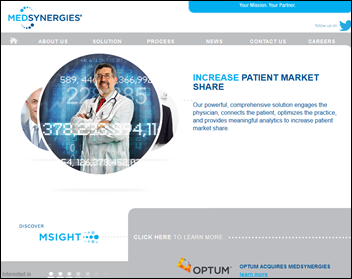 UnitedHealth Group’s Optum division acquires MedSynergies, which offers physician practice billing and quality services. MedSynergies was founded in 1996 by a group of Texas ophthalmologists. Its board chair is Joe Boyd, whose history includes being GM of the healthcare practice of Perot Systems, board chair of Healthlink until it was sold to IBM in 2005, and board chair of Encore Health Resources until it was sold to Quintiles earlier this year. I interviewed him in 2012.

From CloudedCare: “Re: CareCloud. Recently laid off a number of their implementation team and the senior leader running that department. The venture debt must be creating pain or their onboarding process needs a revamp.” The company provided this response to my inquiry: “CareCloud is increasingly gaining traction among larger medical group clients, and optimizing our organization to best support their needs. This includes an expansion of professional services offerings and realignment of the team to deliver them.”

From Bloomington Onion: “Re: health system bond downgrades following EHR implementation. They always blame billing issues and reduced productivity due to revenue loss. I wonder how many of them expect it going in?” I would imagine most health systems expect a short-term jump in AR days, but not to the extent that would cause bond raters to question their financial outlook. Hospitals can’t seem to survive without constantly borrowing money and downgrades mean they pay higher interest rates.

I found this new Zynx Health video on YouTube, which features customer testimonials.

Listening: new from Sloan, an underrated Canada-based power pop band that’s been around for almost 25 years with no lineup changes and with all four members writing hook-heavy songs that sometimes sound like the Beatles (and still sound good even when they don’t). 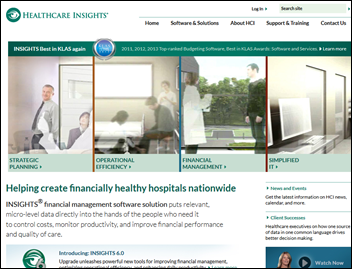 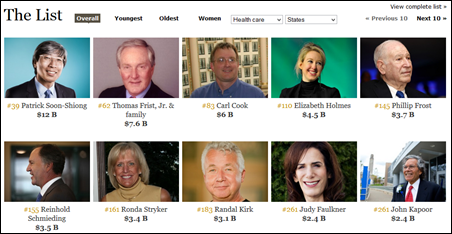 Forbes names its 400 richest Americans, with Microsoft’s Bill Gates leading the list at $81 billion of net worth. Facebook’s Mark Zuckerberg jumps to #11 as the company’s share price increase boosts his wealth to $34 billion, while the founder of the GoPro wearable video camera clocks in with $3.9 billion. New to the list is Elizabeth Holmes, the 30-year-old Stanford dropout who founded lab testing company Theranos and owns half of the company, which is valued at $9 billion. Patrick Soon-Shiong of NantHealth is #39 with $12 billion, while Epic’s Judy Faulkner is listed at #261 with an estimated worth of $2.4 billion. Cerner’s Neal Patterson comes in at #395 with $1.55 billion. 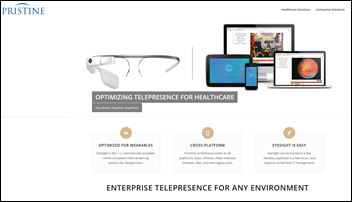 The state of Ohio offers CoverMyMeds $482,000 in incentives to execute its plans to add 116 jobs, move to a larger Columbus office, and create a $2 million training program for software engineers.

Morris Collen, MD died last week at 100 years old. He was the last of the seven original partners who created Permanente Medical Group, founded its Division of Research more than 40 years ago, and later embraced a second career as an a medical informatics expert after developing a health assessment tool in the 1950s that was automated as a patient screening tool. He said on his 100th birthday that his proudest accomplishment was his involvement with Kaiser’s EHR. AMIA’s annual excellence award is named after him. 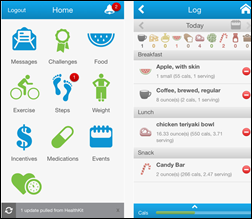 Nuance expands its consulting services to include coding and abstracting compliance monitoring. 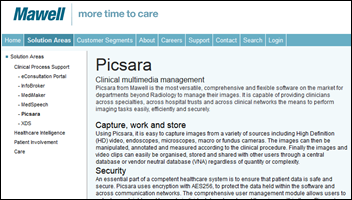 HCA International will distribute physical therapy and pathology images using Picsara from Sweden-based Mawell. A pilot project found savings of up to an hour per day per clinician when physical therapy sessions were recorded and reviewed using video instead of writing and reading notes.

Two North Carolina-based HIEs, Carolinas HealthCare System CareConnect and Mission Health Connect, will share their 3.5 million patient records. They will fill a need in the western part of the state since North Carolina’s first HIE, WNC Data Link, will shut down on September 30 after running out of money. 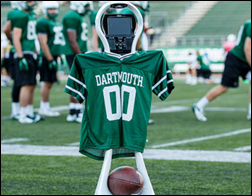 Dartmouth College will use a telehealth robot from Dartmouth-Hitchcock’s Center for Telehealth on the sidelines of home football games as part of a remote concussion assessment program.

HITRUST warns that the newly discovered Shellshock Unix shell vulnerability could be even more dangerous than Heartbleed since it gives hackers complete control of a server and thus the network on which it resides. 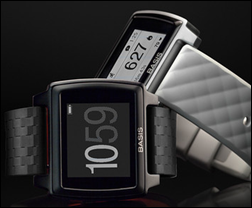 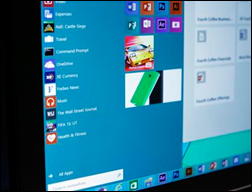 Bizarre: Microsoft decides to name the new Windows release Windows 10, skipping a number. Every other Windows version is problematic, so maybe it’s hoping to dodge the bullet even though Win 8 was the disappointing follow-up to Win 7. The new version downplays the much-reviled Metro tile interface, brings back the start menu, and finally shows evidence that Microsoft understands that few users have or want touch screen laptops and desktops no matter how convenient it might be for Microsoft to design one OS for all platforms. 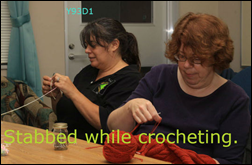 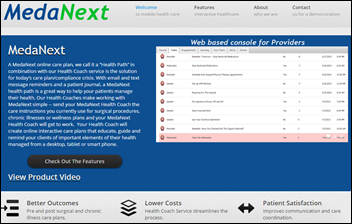 The local TV station covers the rollout of the MedaVet app by Washington State University’s veterinary hospital, which allows pet owners to have around-the-clock access and review their care plans. The company’s site says the cloud-based service includes a customized site for the veterinary practice, creation of templates and health plans, incorporation of promotional and wellness information, a calendar of daily tasks with learning material and appointments, a shared health journal that shows task status with an optional photo, and a social support network. It costs $239 for up to three vets. What’s interesting is that the same company – MedaNext – offers care plans for humans, too. 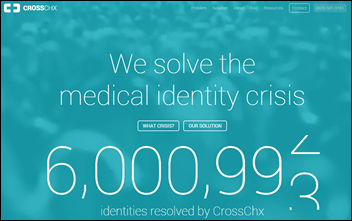 The local paper highlights the implementation by Floyd Memorial Hospital (IN) of CrossChx, a fingerprint-based biometric solution for spotting patient identity theft. Founder and CEO Sean Lane was an Air Force captain and NSA Fellow, serving five tours of duty in Afghanistan and Iraq before founding Battlefield Telecommunications Systems. CrossChx, which is based in Columbus, OH, says its solution is live in 28 health systems (of 61 signed) and that it has verified 6 million identities.

The New York Times interviews Epic CEO Judy Faulkner in covering the challenge of EHR interoperability. She says the government should “do some of the things that would be required for everybody to march together,” adding that Epic created Care Everywhere only when it became clear that the government wasn’t going to go far enough.

A Toronto study finds that assigning patients to a post-discharge “virtual ward” (at-home care coordination, visits, care plans, home care, and follow-up) failed to improve the rate of readmission or death compared to just sending the patients home as usual. The authors suggest these issues caused the surprising failure of all that clinical attention to make any difference: (a) it was hard to get in touch with the patient’s PCP and their in-home support workers; (b) the variety of EMRs used made it hard to figure out who was doing what; and (c) the intervention was started after discharge instead of before.

Amazing Charts apologizes for long customer support wait times, blaming a Meaningful Use services rush. Users unhappy after the company’s 2012 acquisition by Pri-Med are venting their frustration on the company’s discussion boards, with one summarizing, “AC has created these logjams by being unable to prioritize what is important, continuing to partner with NewCrop, releasing buggy new versions, and offering unlimited support for a flat price which may create abuse.” Users are also upset that the company is charging them to watch Meaningful Use webinars.

Beth Israel Deaconess Medical Center CIO John Halamka tells a local business group that, “The academic medical center is a dying beast,” urging those systems to reinvent themselves in the face of competition from retail clinics and community-based hospitals and practices.

Walgreens CIO Tim Theriault, speaking at Oracle OpenWorld this week, says the company has distinct IT strategies for the retail and healthcare sides of its business. The retail initiatives are focused on a customer loyalty program, determining what items each store stocks, and using analytics and personalization to connect more closely with customers. For its healthcare business, the company plans to perform in-store lab tests and to exchange information with doctors and hospitals collected through its health cloud.

Halvorson: When I got to Kaiser Permanente, one of the things that I told the board was that we were going to do what I did when I helped build health plans in Uganda. We were going to have every single element of the care system connected electronically, so there would be no paper record.

Goldsmith: So you told them you wanted to catch up to Uganda?

Halvorson: I’m not kidding.  I actually learned in Uganda that to strip the whole process down to its most elegant essence was to have no paper anywhere. In Uganda, we couldn’t afford to pay a claim or for patients to show an ID card.

A New York Times article highlights hospitals that use out-of-network ED physicians who stick patients with huge bills even when the patient is careful to use an in-network hospital’s ED in a crisis. Texas lawmakers found that the state’s three largest insurance companies had no in-network ED doctors at all. The article points out that 1980s emergency medicine board certification pushed hospitals to contract out their ED coverage and bill the physician services separately. One patient observes, “It never occurred to me that the first line of defense, the person you have to see in an in-network emergency room, could be out of the network. In-network means we just get the building? I thought the doctor came with the ER.”

Weird News Andy says he plays golf like this, too. A previously profanity-hating grandmother recovering from a stroke finds herself swearing involuntarily when things upset her, including poor performance on the golf course. WNA also notes this story, in which coroners are determining whether high chlorine levels in the water supply of England’s second-largest hospital caused the deaths of two dialysis patients. Meanwhile, an anonymous WNA-wannabe contributes this story, in which surgeons saved a teen whose hair-eating psychological disorder caused her digestive system to be blocked by a world record nine-pound hairball.