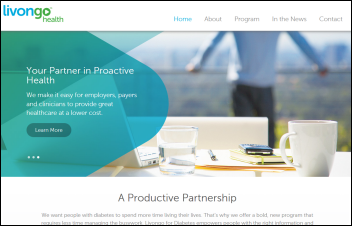 From Vendor_Neutral: “Re: Apple. After months of being annoyed by misleading blog posts about Apple and Epic’s alleged partnership, I went back and watched that portion of WWDC this morning. Here is the direct quote: ‘We’re also working with leaders in health care applications like Epic Systems, now they provide the tech that enables hospitals serving over 100 million Americans, and so now with their integration with HealthKit, patients at these leading institutions will be able to get closer in sharing their information with their doctors.’ That’s all they said! NOTHING about a ‘partnership.’ They merely got early access to HealthKit. Let it be known that that is it.”

From Kaiser Roll: “Re: Phil Fasano. Resigned as CIO of Kaiser Permanente as announced in an email from CEO Bernard Tyson.” Unverified.

This week on HIStalk Connect: Apple unveils its long-awaited smartwatch, which will track activity and heart rate, but still falls short of what many were expecting for health features. The Mayo Clinic announces that it will work with IBM on a project that will use the Watson supercomputer to help analyze patient charts and match them with relevant clinical trails. Wellframe, a Boston-based startup, raises an $8.5 million Series A for its smartphone-based patient education and reminder tools.

September 18 (Thursday) 1:00 p.m. ET.  DHMSM 101: The Hopes, Politics, and Players of the DoD’s $11 Billion EHR Project. Presented by HIStalk. Presenters: Dim-Sum, an anonymous expert in government healthcare IT, military veteran, and unwavering patriot; Mr. HIStalk. The Department of Defense’s selection of a commercially available EHR will drastically change the winning bidders, the health and welfare of service members all over the world, and possibly the entire healthcare IT industry. The presentation will include overview of the military health environment; the military’s history of using contractors to develop its systems vs. its new direction in buying an off-the-shelf system; its population health management challenges in caring for nearly 10 million patients all over the world, some of them on the battlefield; and a review of the big players that are bidding. This presentation will be geared toward a general audience and will be freely sprinkled with humor and wry cynicism developed in years of working in two often illogical industries that hate change.

September 26 (Friday) 1:00 ET. Data Governance – Why You Can’t Put It Off. Presented by Encore, A Quintiles Company. Presenters: Steve Morgan, MD, SVP for IT and data analytics and CMIO, Carilion Clinic; Randy Thomas, associate partner, Encore, A Quintiles Company. In this second webinar in a series, “It’s All About the Data,” the presenters will review the pressing need for data governance and smart strategies for implementing it using strained resources. 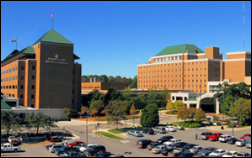 Jack Janoso is named CEO of Fairfield Medical Center (OH). He was promoted from VP/CIO to CEO at Sharon Regional Health System (PA) before taking the new job. 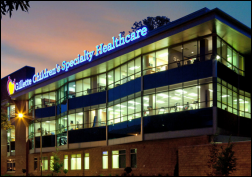 A Health Catalyst-sponsored survey of CHIME members (70 respondents) finds that analytics is the highest-priority IT investment, followed by population health and ICD-10.


Samsung pokes fun at this week’s somewhat anemic (and health-free) announcements from Apple, which seems to be morphing into Microsoft as it (a) pre-announces a product that won’t be available for a long time; (b) enters an existing market (smart watches) instead of creating a new one; and (c) fails to meet expectations in not talking about its rumored Health offering, possibly because of (a) limited stage time given the urgency of discussing fashionable watches and enlarged iPhone screens; (b) the moving target nature of whatever it’s going to eventually do, or (c) poor timing given that iCloud was just hacked.

Researchers from MIT and Georgia Tech find that Google Glass can measure pulse and respiration using its built-in gyroscope, accelerometer, and camera. You could say it’s for people who wouldn’t be caught dead wearing Glass.

The American Telemedicine Association reviews the telemedicine-related physician practice and licensure standards of all 50 states. The components included physician-patient encounter (are in-person initial visits required are are more restrictive standards in place); telepresenter (does the law require someone to be physically present with the patient during the session); informed consent (is the patient required to sign off differently than for in-person visits); and licensure (does the state offer out-of-state licensure reciprocity, exemptions for physician-to-physician consultations, and conditional licensure). Twenty-three states and DC earned an A grade, 27 got a B, and one (Alabama) had the lowest composite score and a C grade. 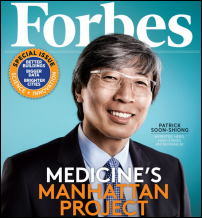 Billionaire doctor Patrick Soon-Shiong makes the cover of the September 29 issue of Forbes, whose reporter seems as confused as the rest of us over whether he’s a genius, a blowhard huckster, or both. It points out that despite his spending $1.3 billion of his own money to acquire a bunch of unrelated technology companies (most notable in healthcare IT: iSirona), his grand ideas for “solving” healthcare are vaporware so far even as a rollout to Providence Health & Services is planned. The article mentioned Soon-Shiong’s tendency toward wild hype and his historic, greedy shafting of business partners, investors, and family members (“more of a wheeler-dealer than a scientist.”) Forbes concludes that his Nant-related holdings (including NantHealth) are worth $7.7 billion and he will start running IPOs next year, with NantHealth being the first.

Several publications are running breathy news items that Epic has hired a lobbying firm, none of them crediting HIStalk as their source since I reported it here on August 14 as tipped of by a reader who follows federal lobbying registrations. 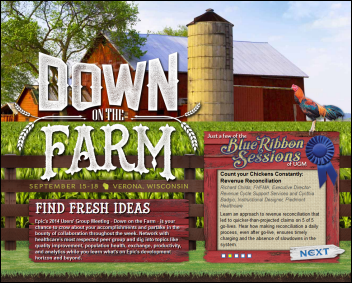 Epic’s user group meeting starts Monday, with 10,000 attendees riding buses from hotels as far away as Wisconsin Dells to get to Verona. Meanwhile, the company is again named the largest employer in Dane County, WI with 7,400 FTEs.

In the UK, breast cancer screening vans are upgraded with satellite links to allow employees to enter and access patient information and to send images directly to hospitals.

The family of Joan Rivers will reportedly file a $100 million lawsuit against the for-profit endoscopy clinic where she died during a throat operation, claiming the clinic allowed one of the doctors to perform an unplanned biopsy that should have been done in a hospital instead.

Weird News Andy titles this story “Moob.” In England, a man complains of gender discrimination when NHS turns down his request for cosmetic breast surgery to correct a lopsided condition caused by gynecomastia. “Women get boob jobs on the NHS but I can’t get help,” he says, while NHS maintains that they don’t pay for surgery that has no demonstrable health benefit. 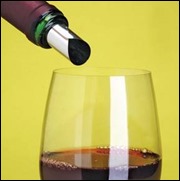 It’s amazing how varied my work as a CMIO can be at times. Hot on the heels of some ridiculous implementation escapades, I’ve had a week of actually enjoyable work. I started the week attending a web-based focus group for one of our vendors. They did a great job putting it on and I give them an A-plus for facilitation skills.

The task at hand was to review some mock-ups for updated Patient-Centered Medical Home workflows. Instead of just throwing us into the content, they took the time to talk with the group about our existing workflows, including the good aspects as well as the challenges. The moderator made sure everyone was participating with a good mix of calling on people and letting them volunteer.

Web meetings are always hard, especially with a group of attendees that don’t really know one another. Someone is always trying to talk over the group or failing to mute themselves while they’re banging around their office, but we didn’t have any of that.

Only after they heard our needs did we see the mock-ups. It was an effective strategy because you didn’t have people throwing out all kinds of additional needs because they hadn’t thought it through. We were validating our needs against their ideas rather than being reactive.

Additionally, their mock-ups were well done with real-world scenarios. I’ve seen samples from other vendors where it looks like they just chose random drugs from a reference book, but these were spot on. I appreciated the fact that they prepared for us rather than asking us to imagine how it would be for the scenarios we see every day.

Usually after a four-hour web meeting I’m ready to bang my head against the wall (assuming no martinis are available), but I was actually a bit sad to see this one end. We’re regrouping in a few weeks, however, so that gives me something to look forward to.

Following the focus group, I was able to use the fact that my boss is out of town and our standing one-on-one is cancelled to do some belated spring cleaning in my office. It’s amazing how much junk accumulates. I’m ashamed to say I found a bunch of marketing collateral from HIMSS that I shoved in a drawer six months ago and promptly forgot. Sorry, marketing folks, I won’t be following up. But the cool Mylar folding wine bottle drip-proofer attached to one packet was a nice find.

Today I was able to spend some time mentoring a relatively new physician champion at one of our hospitals across town. Although he has a great deal of knowledge on the inpatient side, he’s just starting to get involved in ambulatory projects. He’s also studying for the clinical informatics board exam next month, so we talked about tips and tricks.

His facility is relatively new and has always been paperless, so it will be interesting to see how he does working with physicians who are transitioning from paper to EHR at the same time they’re transitioning to being employed. I’ve shared some of my horror stories, but from the expression on his face, I’m pretty sure he thought I was making them up. I can’t wait until he has a war story of his own.

The most fun thing about working with him is showing him some of the cooler features of our EHR. I spend so much time listening to physician complaints about how bad it is and how computers are ruining the practice of medicine that it was good to get an outsider view of its capabilities. He’s had formal training from the vendor, but taking that knowledge and applying it to a real-world practice workflow when you’re being interrupted by phone calls, nurses popping their heads through the doorway, and the mounds of paper that inhabit our “paperless” offices is another thing.

The best part of the meeting was when he asked what websites I would recommend to help him learn more about the IT landscape. I get an “F” on my mentor report card because I unfortunately couldn’t tell him about HIStalk. Hopefully he’ll stumble upon it or maybe one of the other informatics staff will recommend it, but it’s always a surreal experience when my worlds almost collide.

Got an alter ego? Email me.