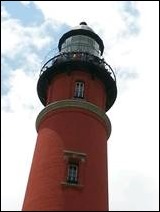 I took some much-needed time off this week to try to gain perspective on where my career is going. What was once a pretty fun job has become a bit of a grind.

Ten years ago, we felt like we were doing cutting-edge work to transform patient care and help physicians deliver better outcomes. We were in the EHR business for the all the right reasons and were able to implement systems and functionality we needed when we needed them.

A good chunk of my responsibilities have been taken over by Meaningful Use. In our world, this has caused us to take workflows that were already improving patient care and then micromanage them to death. Maybe it’s the actual Meaningful Use certification requirements or maybe it’s the way our vendor has implemented them, but we may never know which is to blame. It’s probably a combination of both.

Either way, physicians and end users are unhappy with the volume of documentation they now have to do. They complain that it’s not really helping them in daily patient care.

As the CMIO, I take those concerns seriously and often personally. Although I have workflow experts and an advisory board backing me up, I’m the one who ultimately approves all clinical workflows before they’re implemented and all clinical system changes before they’re coded. If our vendor’s workflow is clunky and we don’t identify the potential problem before it goes out the door, that’s on me.

Our administration understands that sometimes we’re going to miss problematic content. They also understand that some of the MU requirements are so specific there’s just not a way to make them less annoying.

Our physicians are less understanding, however. I’m the one who has to deal with their concerns, complaints, and threats to quit. That’s not something they really train us to deal with anywhere along the CMIO training path, assuming we’ve actually been trained other than in on-the-job fashion.

I’m still relatively early in my career, but I’m wondering if I can take another 10 or 15 years of this. Considering my particular hospital situation, the bloom is definitely off the rose. I’m thinking about throwing my hat into the ring at another health system. The thing that makes me somewhat hesitant, though, is the thought that it could be just the same, if not worse, anywhere else.

How do you truly screen a potential employer or supervisor to know if they’re really visionary or just saying what they need to in order to get a position filled? I’ve had a couple of bosses that I would walk through fire for. It’s difficult to top that. At this point, however, I’d settle for someone who knew what he was doing and had the conviction to do the right thing rather than the easy thing or the politically expedient thing.

We’re in the middle of evaluating vendors for a massive system overhaul. I’m not sure our current leaders will survive, depending on which vendor is selected. That could be an opportunity for me to help move the remaining players around in a way that will rejuvenate some of our key players. Or it could be a reason for team members to jump for fear that they won’t make the cut. I’ll know more about what this is going to look like in six or eight months. Right now, we’re in a special kind of limbo.

It was good to get away, but increasingly difficult to completely unplug. There’s so much going on that it’s tempting to just peek at email, but I know better. One minute will quickly become one hour if you let yourself look.

When I got back in town last night, I had multiple voice mails from one ambulatory director with increasing anxiety in her voice because I wasn’t calling her back or returning her emails. Apparently she didn’t listen to my outbound message or pay attention to my out-of-office message that I wasn’t going to be on the grid.

I picked out two books before I left and they were an interesting contrast. I like southern fiction and the first one, The Hurricane Sisters, was available from my library’s e-book site. I checked it out for my iPad. It started with a lot of key southern elements, but I was shocked when I reached the point where Google Glass played a role as a significant plot device. Times are certainly a-changing! It was a quick read, not the best book ever, but good in the moment. I was pleased with my choice and it took my mind off things as I headed out of town.

The second one, On Call in Hell: A Doctor’s Iraq War Story was not exactly your typical beach read. It’s pretty graphic as only a book about Marines in combat can be, but I was amazed at the ability of the author and his colleagues to maintain their humanity and occasionally a sense of humor in the ultimate adverse conditions. Regardless of your feelings about war in general, reading about the experience puts everything in a different perspective.

One of the ideas that author Richard Jadick emphasizes is to be constantly improving one’s situation, whether it’s basic survival (sandbagging the forward aid station so you don’t get shot while caring for casualties) or figuring out better techniques to treat the wounded. It’s a powerful concept. It’s not about finding solutions to the chaos all around, but about figuring out your own sphere of influence and improving what you can within that space.

I’m taking that thought back to the office with me this week to see what I can do with it. I’ve already got a list in my head of what’s in my sphere of influence and what’s not, and some ideas on what we might be able to change for the better. I’m feeling pretty rejuvenated, but all that will change Monday morning when I finish tackling my inbox.

Have a transformative vacation story? Email me.