The American Hospital Association urges CMS and ONC to quickly adopt plans that were identified in its Notice of Proposed Rulemaking that would give hospitals flexibility in the combinations of EHR certification and Meaningful Use stages that are permitted for 2014. AHA observes that the proposals are last minute given that the last FY2014 reporting period is July through September 2014 and the NPRM’s comment period won’t be finished until that reporting period is underway, meaning that “hospitals are essentially being asked to act on faith that the agencies will finalize these proposals as written while risking that they may not.” AHA also wants the 2015 reporting period shortened to 90 days and to avoid setting a firm October 2016 start date for MU Stage 3 given that “fewer than 10 hospitals and 50 EPs had attested to Stage 2” as of mid-May.

From Clueless About HIT: “Re: magazine’s Top 100 ‘HIT’ vendors. Many represented their revenue from payers, life sciences, and government health as ‘HIT.’ This includes Cognizant, Optum, Infosys, TriZetto, Syntel, and Edifecs. Either these vendors are clueless about what ‘HIT’ means or they are deliberately misreporting. It also speaks volumes about publications that come up with these lists.” I never even look at those lists, to be honest. They’re great for the magazines who make them up to sell ads, but even if the numbers are accurate (and that’s obviously dependent on interpretation), who cares? Bigger vendors aren’t necessarily better vendors, and anyone who would make a buying decision based on a company’s annual revenue is likely to be disappointed. I think I’ll sell spots on a “Coolest Vendor” list and donate the proceeds to charity – at least some good would come from it.

This week on HIStalk Practice: ARcare CIO Greg Wolverton talks agility and mandatory EHR training. Virginia’s "people problem" gets in the way of HIE. Mobile access to EHRs takes a back seat to workflow. Physicians may be the biggest barrier to HealthKit’s success. Dr. Gregg pontificates on the inevitability of change. The Brookings Institution highlights the top challenges of Medicare ACOs. ONC leadership changes have some questioning the longevity of the Meaningful Use program. Thanks for reading.

This week on HIStalk Connect: Former National Coordinator Farzad Mostashari, MD, launches a startup that will focus on optimizing EHRs for primary care practices interested in joining an ACO. Dr. Travis discusses the promising but very new telecharting market. In an effort to keep up with Apple and Samsung, Google will unveil its new health data platform at next week’s Google I/O developers conference. Mr. HIStalk interviews Colin Konschak, CEO of Divurgent.

Listening: Birdy, the 18-year-old singer-songwriter from England who has recorded several international hits and contributed a track to “The Hunger Games.”

June 24 (Tuesday) 2:00 p.m. ET. Share the Road: Driving EHR Contracts to Good Compromises. Sponsored by HIStalk. Presenter: Steve Blumenthal, business and corporate law attorney, Bone McAllester Norton PLLC of Nashville, TN. We think of EHR contracts like buying a car. The metaphor has is shortcomings, but at least make sure your contract isn’t equivalent to buying four wheels, an engine, and a frame that don’t work together. Steve will describe key EHR contract provisions in plain English from the viewpoint of both the vendor and customer.

June 25 (Wednesday) 2:00 p.m. ET. Cloud Is Not (Always) The Answer. Sponsored by Logicworks. Presenter: Jason Deck, VP of strategic development, Logicworks. No healthcare organization needs a cloud – they need compliant, highly available solutions that help them deploy and grow key applications. This webinar will explain why public clouds, private clouds, and bare metal infrastructure are all good options, just for different circumstances. We’ll review the best practices we’ve learned from building infrastructure for clinical applications, HIEs, HIXs, and analytics platforms. We will also review the benefit of DevOps in improving reliability and security. 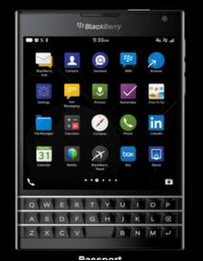 BlackBerry reports a surprise quarterly profit and announces the Passport, which CEO John Chen says is either the world’s smallest “phablet” or its largest phone. It features a hardware keyboard at a 4.5-inch square display. The device will be marketed to healthcare users, which is a key target of the struggling BlackBerry.

Fraser Bullock (Sorenson Capital) is elected chairman of the board of Health Catalyst, replacing David A. Burton, MD. 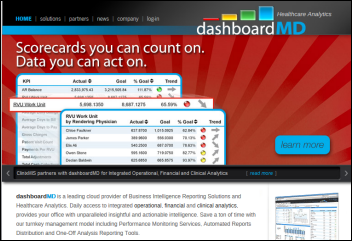 Kareo offers medical practices a guide for registering for the VA’s “Accelerating Access to Care Initiative,” which allows them to serve VA patients who can’t get appointments for primary or specialty care.

In England, Cerner launches a SaaS version of Millennium for smaller NHS trusts (under 500 beds) that can’t afford its system otherwise. The company says it’s similar to a US version used by 70 hospitals.

Athenahealth announces that its users account for 59 percent of the 485 providers who have attested for Meaningful Use Stage 2 even though its market share is les than 3 percent. 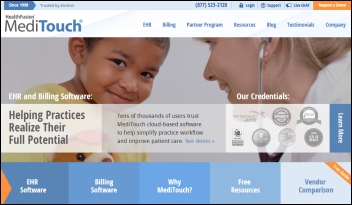 ONC will present a webinar on the FDASIA draft report on Friday, June 20 at 3:00 p.m. Eastern. 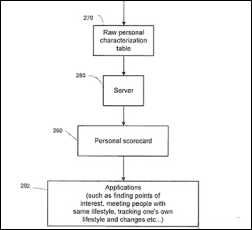 Apple files patent applications that include an iPhone receiving sensor data — including from at least one that’s worn and not part of the iPhone — and calculating a “personal scorecard” and triggering alarms. 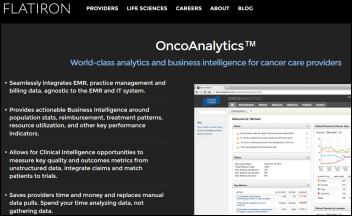 The Wall Street Journal profiles Flatiron Health, which gathers de-identified treatment and outcome data from cancer centers to give doctors visibility into how treatments are working for the 96 percent of patients with cancer who aren’t enrolled in a clinical trial. The 28-year-old co-founder, who with his Flatiron Health co-founder sold their advertising technology company to Google in 2010 for $81 million, says it was hard to get the cancer center CIOs and doctors to contribute information they considered proprietary. The company has 105 employees, has 200 cancer centers on board, and received a $130 million investment from Google in May 2014, using some of the money to acquire oncology EHR vendor Altos Solutions.

A survey by FICO (the former Fair Isaac) finds that 80 percent of people want to communicate with their providers via smartphone, while 76 percent would like medical appointment reminders and 69 percent say they want appointment scheduling and medication reminders. 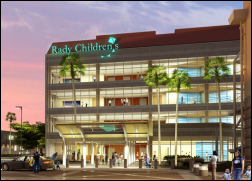 A Huffington Post report calls out for-profit hospices that make up nearly 60 percent of the total, including 6,100-employee Vitas, which was bought out for $406 million in 2004 by the parent company of Roto-Rooter. Companies are accused of upcoding, sending marketers to find dying hospital inpatients to sign up quickly, enrolling patients at Medicare’s expense who were healthy enough to play golf, treating patients against their will, and having a high rate of safety and patient care violations. Experts say the problem is that Medicare pays set day rate, encouraging hospitals to enroll patients who don’t require their services and provide higher levels of services than the patient needs. Medicare’s data shows that non-profit hospice had an average length of stay of 69 days vs. 105 days for for-profits. 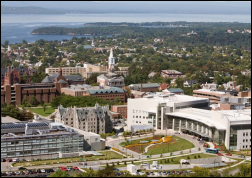 Fletcher Allen Health Care (VT) will change its name this fall to The University of Vermont Medical Center.

A North Carolina business paper mentions the status of EHR deployment in the state. Wilmington Health is about to go live with NextGen, New Hanover Regional Medical Center is expanding Epic to give inpatients access to MyChart, and Novant is expanding Epic use throughout its facilities. Tad Dunn, CIO of New Hanover, says 70 percent of the citizens of North Carolina now have a chart in Epic. 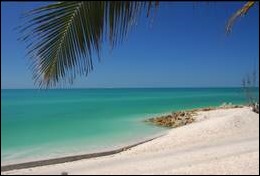 Quite a few readers responded to my recent Curbside Consult regarding a telemedicine solution a potential part of an employee benefits package. One made a very good point:

I read your recent op piece on the new “benefit” your HR department is trying to roll out to employees. I wondered what issue they were trying to solve, other than be on the “bleeding” edge of offering this service? If the employees have an access issue, seems like the first step would have been to meet with medical staff leadership and brainstorm alternatives. I’m just a CIO with no clinical background so I can’t bring a clinical perspective to the discussion, but the one that I always tell my colleagues I do have is that of a patient and how our decisions are viewed through those “lenses.” In this case, I wonder how someone I don’t know and have never met will understand me within the full context of my medical history and current environment and can deliver better quality and outcomes than someone who does.

That’s a very good point and one that was brought up to some degree in our committee’s discussion. It also makes a good point about IT solutions. In general, it’s good practice to understand the business problem you’re trying to solve prior to looking at vendors. In our case, the business problem is that we’re notoriously cheap. Our employees haven’t had raises in years (blamed on MU-induced belt tightening). Many of us suspect they’re trying to use this as a way to make up for what we’re lacking in salary or other retention perks. Another reader wrote:

As a long-time practice administrator in hospital systems, I totally agree with your reaction. The med exec committees will have a heyday and make life miserable for the hospital administrators. Aren’t we all trying to keep care within our own “families?”

Another physician reader referred to the story as, “Almost Dilbert material, except there are too many layers of absurdity.” I almost spit coffee on my keyboard as I read that because I had to withstand the pointy-haired boss in a previous life. The need for patient privacy was also a recurring theme:

At our facility, we have an aggressive strategy to significantly incent our employees to receive care within our network. The loudest noise we hear on this topic is what you alluded to – patient confidentiality. It is cited as the #1 barrier to our employees seeking care with us.

Readers also sent plenty of tips about nice seaside locations where I could consider practicing. It’s looking awfully tempting. Another travel-savvy reader sent me this article about the urgent care clinic that recently opened. Since the airport already has a liquor store in the baggage claim area, it was only a matter of time. They do offer hangover remedies including intravenous fluids, vitamin B12, and oxygen. I wonder if Chicago O’Hare will offer the same options for HIMSS15 travelers? Not likely.