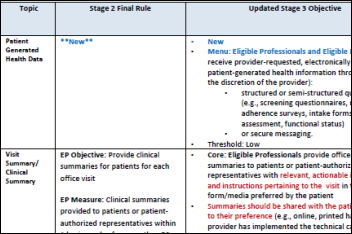 From Pointy Toes: “Re: CEHRT Hardship Exception Guidance. This is a joke. All you have to say to qualify for the Medicare hardship exemption to avoid the 2015 payment adjustment is say you  had ‘2014 Vendor Issues.’ Tavenner previously said some ‘narrow’ hardship exemptions would be granted. Sounds like anyone wanting an exemption can request it and presumably one will be granted one. Why not just push the deadline back for everyone instead of requiring providers to jump through an extra hoop?” CMS issued guidance Tuesday for EPs and hospitals worried about being hit with penalties, even going so far as to provide instructions to choose “2014 Vendor Issues” no matter what their actual issue. It is ridiculous – setting the bar high officially, then accepting a wink-wink rubber stamp excuse for anyone who can’t make it. Maybe someone should track the vendors whose non-compliant yet certified products forced their users to claim hardship.

From Canuck: “Re: rumore that UHN in Toronto is replacing QuadraMed EHR with Cerner. I believe instead it came down to Cerner and Epic and Epic won.” Unverified.

Welcome to new HIStalk Gold Sponsor SyTrue. The Chico, CA-based company offers a business and clinical intelligence platform that tells hospitals how their clinical objectives are being deployed; what physicians are doing; and who in the market is providing services at a given cost and outcome. It integrates and structures disparate EHR information for predictive and clinical analytics used for data analysis, electronic abstraction, outcomes analytics, operations, population management, clinical research, and patient engagement. Thanks to SyTrue for supporting HIStalk. 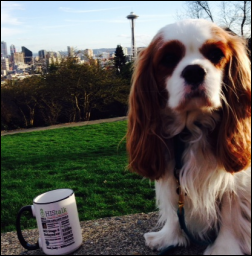 Here’s one final mug shot featuring Tammi’s office de-stresser, which must have traveled furthest from Orlando while still not leaving the continental US (the UFO on a stick in the background should give a strong hint of her location). 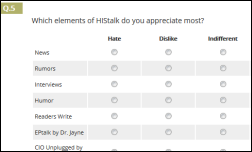 Thanks to the 355 folks who have completed my reader survey so far. That number provides respondents with good odds of being randomly drawn for one of three $50 Amazon gift cards, but represents only around 1 percent of HIStalk’s 30,000+ readers. Spend less than five minutes completing the survey and you’ll help me plan the next year of HIStalk and earn my appreciation besides.

I’m always looking for interesting people to interview. Know someone who would be stimulating, fun, and a straight shooter? Let me know.

March 19 (Wednesday), 1:00 p.m. ET. The Top Trends That Matter in 2014. Sponsored by Health Catalyst. Presenters: Bobbi Brown, VP and Paul Horstmeier, SVP, Health Catalyst. Fresh back from HIMSS14, learn about 26 trends that all healthcare executives ought to be tracking. Understand the impact of these trends, be able to summarize them to an executive audience, and learn how they will increase the need for healthcare data analytics. 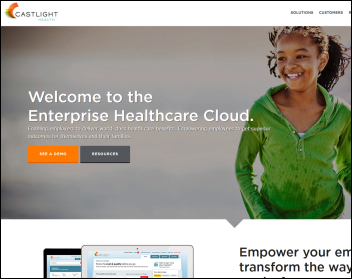 Employer benefits platform provider Castlight Health raises the price range of its IPO to $13-15 per share, up from the $9-11 range it set just a week ago. The company, which lost $62 million on $13 million of revenue in 2013, would receive proceeds of $140 million, valuing it at $1.5 billion. The company’s founders are Todd Park (US CTO and co-founder of athenahealth); Bryan Roberts, PhD (chairman and co-founder of venture capital firm Venrock); and Giovanni Colella, MD (founder of RelayHealth).

The Community of Hope (DC) is implementing Forward Health Group’s PopulationManager and The Guideline Advantage.

Michael Hart is promoted to VP of IT applications at Arkansas Children’s Hospital. 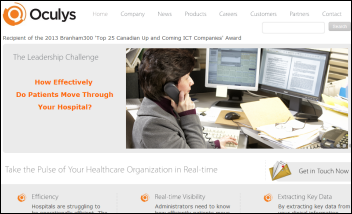 In Canada, Bluewater Health will roll out patient flow software from Oculys. 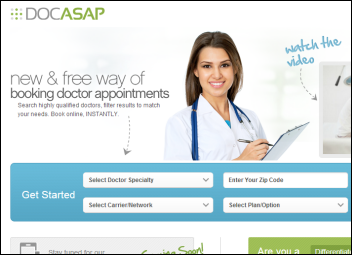 Office of Civil Rights fines the public health department of Skagit County, WA $215,000 for HIPAA violations involving information on 1,581 people exposed in its public web server, the first time a HIPAA fine has been levied against a local government.

The White House launches #GeeksGetCovered, encouraging technology entrepreneurs who can now buy their own non-employer health insurance because of the Affordable Care Act to start their own businesses.

President Obama riffs hilariously with comedian Zach Galifianakis, appearing on “Between Two Ferns” to plug Healthcare.gov (“I wouldn’t be with you here today if I didn’t have something to plug … Healthcare.gov works great now.”) 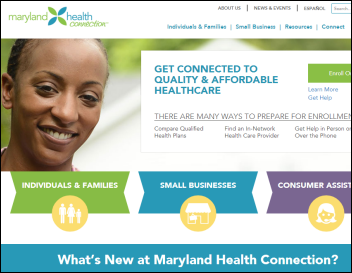 The phrase “healthcare exchange” always seems to be preceded by “troubled,” so add Maryland’s $200 million version to the list.  Like other states, it decided to create its own site, hired a contractor that it later said underperformed, missed its go-live date, and had to create a backup plan to accommodate people who wanted to enroll but couldn’t. HHS announces that it will investigate.

Hillary Clinton’s financial disclosure forms for 2012 reveal that her husband Bill took a $225,000 speaking fee from the struggling, non-profit Washington Hospital Center as it was laying off employees. The hospital also brought in George W. Bush to speak, but since his wife isn’t running for office, his fee remains confidential. Bill made a bunch of money in 2012 for addressing money-losing non-profits. Somewhere in those records is the payment he received from HIMSS if anyone knows how to locate them. I’d bet $400K. 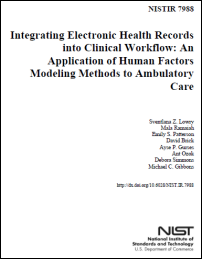 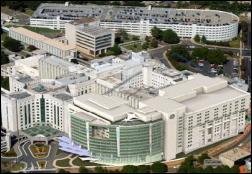 The Charlotte, NC newspaper says that Carolinas HealthCare System will use innovative (unnamed) software and the information collected by its multiple EMR systems to identify ED patients who are likely to be readmitted, allowing team-based intervention and remote management. The system’s chief medical officer weighs in on hospitals that don’t use electronic medical records: “You don’t know how bad it is until you actually go back. It was like a time warp. The care is unsafe, it’s uncoordinated. It’s a nightmare…The system was absolutely stupid, and frightening.” I interviewed SVP/CIO Craig Richardville in September 2013. It might be time for a follow-up to talk about analytics. 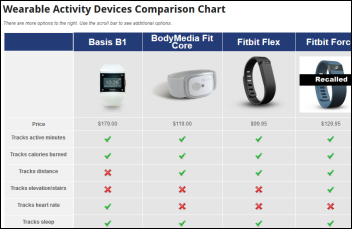 A column by InfoWorld’s executor editor says a disconnect exists between complex government EHR requirements and the stubbornness of the healthcare industry to embrace them, summarizing, “We have a mess of proprietary EHR systems with highly customized processes, a set of HIEs that use different standards and protocols to connect them, and a mandate to provide human-readable data from these disparate systems. What could possibly go right?”

In England, University Hospital of North Staffordshire plans to conduct video consultations via Skype, saying the service will reduce outpatient appointments by 35 percent. 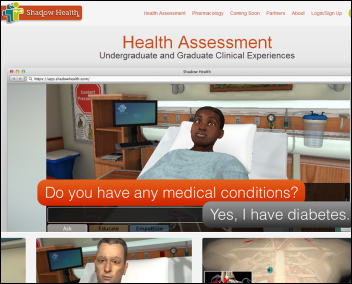 New York-Presbyterian Hospital will host a hospital hackathon this weekend in which teams will design apps for its portal that improve patient access to care. The hospital is offering $85,000 in prizes and has filled all of its slots with 120 participants. Dr. Oz provides the video introduction.