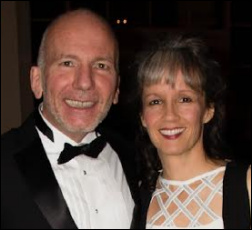 This is the second guest post from my wife Julie. The first one is here. She writes what she feels and it is unfiltered, straight from her perspective. She would not have it any other way! I am thankful to have married a very strong woman.

“No, no! Take your finger off that send button, Edward Marx.”

Yes, I had to stop him before he sang his own praises on this blog. For heaven’s sake, he just finished pouring out his heart in a four-part series on Identity based on humility, and now he was about to shoot himself in the foot.

I confess. It’s tough living with a “celebrity,” especially when his prominence is bigger in his head than it is in the mortal world.

Don’t get me wrong, I’m extremely proud of him for winning the “John E. Gall CIO of the Year” award. After all, how many execs choose to trample their way out of the policy box their organizations try to keep them in? How many execs have disrupted their workplace practices and standards and influenced their peers and followers to change their own organizations?

Ed has a voice that speaks volumes to improving healthcare on the technology side. He draws out leadership talent in people everywhere he goes. He absolutely deserved to win the award.

Ed was equally proud of winning the HIStalkapalooza IT Leader of the Year award.

But I can always hear the tremble in his voice that asks, “Why are these people following ME? What if I lead them in the wrong direction?”

Ultimately, time will tell on the direction part. But my response to the first question would be “vision.” Am I right? We like to go somewhere important and add significance to our sphere of influence.

Now that the 2013 award ceremony is over, my hope is that you show your admiration and appreciation by applying all the spoken and unspoken lessons you’ve learned from the 2013 CIO of the Year and revolutionize your own domain. Don’t live vicariously through Ed’s achievements and settle for complacency in your own world. Seriously, one man can only accomplish so much, but an army of like-minded leaders can advance the IT kingdom beyond its present borders and into a model worth imitating.

Yes, you do have what it takes. For some of you, the secret is to bust the box. And that would be an applause heard around the world. 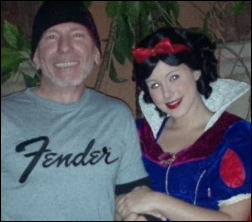