From Beyond the Legalese: “Re: revised Stage 2 timelines announced late Friday. What exactly does this delay mean? If we are a hospital that must attest to Stage 2 by end of fiscal year 2014, does this mean we now have until end of fiscal year 2015 for our first MU2 attestation year?” My impression is that the Stage 2 start date hasn’t changed, only the end date, so it’s not really a “delay” as much as it is an “extension” to make Stage 2 a three-year program. In that regard, I’m not sure the extension is cause for universal celebration since the 2014 dates remain unchanged for Stage 1 and Stage 2 – it’s really only Stage 3 that has been delayed. Feel free to leave a comment. CMS and ONC “announced” the change in a potentially obscure blog post late on a Friday without making supporting material available to clarify, but I expect they will provide more details. CHIME is already complaining that the 2014 start dates haven’t changed as it and other organizations wanted (nobody feels guilty about looking the taxpayer gift horse in the mouth, apparently.)

From The PACS Designer: “Re: smartphone overview. With the holiday season upon us, TPD thought it would be useful to post features of the smartphones currently available from various sources. As smartphones get more integrated into everything we do daily, it’s important to match the intended use with the right smartphone features, whether it be iOS or an Android system.”

Respondents are split on whether the FDA should regulate clinical software to any degree. New poll to your right: have you made a personal medical decision based on published hospital quality data in the past one year? I’ll admit that having worked almost my entire adult life in hospitals, I’ve never looked at the published quality data of local hospitals, including my own (although I’ve also never been hospitalized, so I had little motivation.)

I’ll be writing from the mHealth Summit this week. Drop by the microscopic HIStalk booth (#1305) and say hello if you are so inclined. The event has more than doubled in attendance since the last time I attended in 2010 and I’m hoping that the conference logistics have improved after HIMSS took it over from the National Institutes of Health.

Welcome to new HIStalk Platinum Sponsor Juniper Networks. A secure, reliable network is mandatory for EMRs, HIEs, telemedicine, PACS, high definition video, remote patient monitoring, real-time wireless location, and mobile clinicians. Juniper’s Healthcare Network Solution provides clinician access from any mobile device, secure access to patient records, a single user policy for all network points, and reductions in cost and risk via a unified wired and wireless infrastructure. Juniper’s WLAN solution provides the highest levels of reliability, scalability, management, and security to meet the needs of a mobile healthcare workforce. See “Top 10 Reasons Healthcare Prefers Juniper Wireless.” A case study quote from Juniper customer Lurie Children’s Hospital (IL): “We need to broker the complex relationship between stability and speed. We want to be able to put new applications on the network and adjust the network to meet the need. But on the other hand, we want to retain a stable network. We need a network that has very predictable behavior.” Juniper powers 60 percent of the world’s Internet transactions. Thanks to Juniper Networks for supporting HIStalk.

I found this new Juniper Networks video on YouTube.

Thanks to the following sponsors, new and renewing, that recently supported HIStalk, HIStalk Practice, HIStalk Connect, and HIStalk Webinars. Click a logo for more information.

Medicaid fraud is too common to be newsworthy, but not when foreign diplomats are involved. Among the 49 people charged with defrauding Medicaid of $1.5 million are dozens of Russian diplomats and their wives, who federal prosecutors say misstated their income to get Medicaid to pay their medical bills and then used the money for luxury vacations and helicopter rides. The government, of course, didn’t blame itself for happily paying the bills of non-citizens. 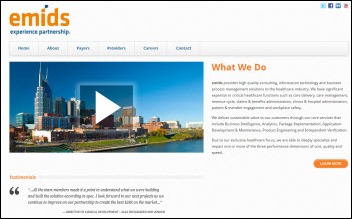 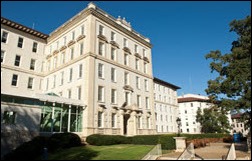 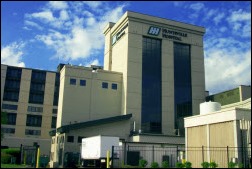 A former Epic employee files a class action lawsuit against the company, claiming he and hundreds of other Epic quality assurance employees should have been paid overtime wages over several years. Epic disagrees, saying federal law is clear in classifying QA people as salaried rather than hourly.

Norton Healthcare (KY) reports that it has earned $12 million in HITECH payments in the third year of its $200 million, five-year Epic implementation.

Houston Methodist Hospital reports that a laptop containing the information of 1,300 transplant patient was stolen last week, but as is rarely the case when these announcements are made, the laptop was encrypted.

A 22-year-old woman sues a doctor, Northwestern Memorial Hospital, and the Feinberg School of Medicine (where the doctor is a pain management fellow) after he posts pictures of the woman drunk in the ED on Facebook and Instagram. The doctor also posted a Facebook invitation to join him for cocktails near the ED while waiting for the woman to recover from alcohol poisoning. He wasn’t actually her doctor – he came to the ED at the request of a mutual friend – and the hospital now claims he inappropriately accessed the patient’s medical records.

Illinois chiropractors consider going off the insurance grid and making patients pay cash due to high patient deductibles, medical coding issues, and the cost of software. According to one chiropractor, “The Affordable Care Act will make deductibles so high that people will soon be paying out-of-pocket for chiropractic medicine anyway. So why not go cash-only? This way, I can get rid of the headache of dealing with insurance companies, bring costs down for my patients, and get back to spending more time helping people.”

Ed Marx got a lot of responses to his “Identity and Leadership” CIO Unplugged post last week and has decided to delve deeper into the topic in the specific areas of titles and physical appearance. Watch for his next post.

The last 100 directory assistance operators in Connecticut will lose their jobs in February due to smart phones, which caused 411 calls to drop by 70 percent in the last three years.

Congratulations to those physicians (Dr. Jayne among them) who received notice Friday that they passed the exam to become board certified in clinical informatics.