The former chief information security officer of the VA says the department’s networks and databases were hacked by at least eight foreign governments, including Russia and China. Jerry Davis, who was CISO from 2010 until February 2013, testified that the VA didn’t encrypt databases containing patient information, employed weak user authentication, and failed to address a backlog of 13,000 security-related corrective actions. A VA auditor says her group has identified 4,000 current security vulnerabilities, and when asked who was responsible, she blamed recently resigned former VA CIO Roger Baker. 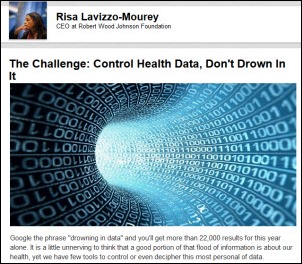 From Digital Bean Counter: “Re: Robert Wood Johnson / CMS data article on LinkedIn. I added a comment stating why I thought the CMS study is misleading and referenced Data Nerd’s recent Reader’s Write post on HIStalk. My comment was deleted. How are we to have a transparent industry if the organizations we work with are not willing to be transparent themselves?” RWJF issued a challenge for developing an app that would somehow make the useless CMS information valuable, to which I would issue a challenge of my own: explain exactly what a consumer would do with this information to save the healthcare system money.

From Another Epic Go-Live: ”Re: Plains Regional Medical Center, Clovis, NM. On June 1, the 106-bed hospital became the first of Presbyterian Healthcare Services’ (NM) eight hospitals to go live with Epic. The rest will be rolled out over the next year.”

From Sad Day in Madison: “Re: accused predator. Many are shaken since he is one of the ‘fast crowd’ of young Madison professionals who fly out every week, make a lot of money, and hit the bars on the weekend.” Brian Stowe, a 28-year-old Epic project manager, is charged with sexual assault after prosecutors say he drugged at least nine women and filmed himself with them. Police recovered videos and pictures as evidence. They also retrieved the Epic-issued laptop that was visible in them with the help of Epic’s HR people. The court commissioner set bail at $500,000 because Stowe has wealthy parents and access to savings from his job.

From Small World: “Re: Duncan James (above left) replacing Vern Davenport (above right) at MModal. Isn’t this the second time? Vern was CEO of Misys Healthcare when they owned what is now QCPR.” QuadraMed acquired Misys CPR in the fall of 2007, but Vern stayed with Misys until a few months later when Misys and Allscripts merged. He stayed with Allscripts for almost three years, then went to Quintiles for a short stay, and then to Medquist, which eventually acquired MModal.

From Ed Marx: “Re: European shoes. Saw these shoes and thought of you.” Ed is touring Europe and has been kind enough to send me a few photos to satisfy my shoe obsession. Always good to have options for next year’s HIStalkapalooza!

Some of this week’s highlights from HIStalk Practice include: eClinicalWorks, Allscripts, and NextGen are the dominant EHR providers for freestanding practices while Epic, Allscripts, and Cerner dominate hospital-owned practices, according to a HIMSS Analytics/CapSite report. CIMRO, the REC for Nebraska, sells off its HIT consulting division, ensuring the continuation of the consultant practice after CIMRO’s grant funding runs out. Athenahealth extends a guarantee that it will waive customer service fees if not ready for the ICD-10 transition by the October 2014 deadline. Children are more likely to be fully vaccinated for influenza when a popup alert is added to the EMR. A nasty storm could be brewing in Massachusetts as officials determine how to interpret and implement a state law requiring the meaningful use of EHR in order to obtain licensure. iPads and iPhones are physicians’ favorite devices for interacting with EHRs and staff. Dr. Gregg offers some clever humor for those rough HIT days. Join the fun and sign up for the e-mail updates when you checking out these stories. Thanks for reading.

Welcome to new HIStalk Gold Sponsor CliniComp. The company’s Essentris EMR suite lineup includes solutions for CPOE, critical care, perinatal and fetal, ED, acute care, data repository, and real-time clinical surveillance. CliniComp takes full contractual responsibility for their systems, eliminating the need for IT resources for configuration, testing, training, and servicing and allowing customers to focus on patient care. It’s a provider of EMRs for the Department of Defense. Thanks to ClinicComp for supporting HIStalk.

Here’s a CliniComp video on the Essentris clinical workflow suite.

The new Webinar program is going gangbusters with a bunch of them upcoming. I recruit at least two experts to review a recorded practice session with me, and the Webinar doesn’t get the green light until we think it’s of suitable quality for the HIStalk audience. If you are a provider executive willing to help me as an occasional reviewer, let me know. It takes about an hour to watch the video and jot down your recommendations, and you can do it whenever it’s convenient. I’ll send you a nice Amazon gift certificate for your time. I can use IT executives (CIOs and IT directors) and CMIOs or other informatics clinicians. My most pressing need is for a couple of HIM and clinical documentation improvement experts for the next scheduled Webinar. 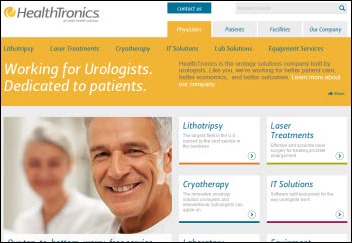 Endo Health Solutions says it will consider options for its HealthTronics urology business, will eliminate 15 percent of positions, and reduce annual spending by $325 million. The company reduced earnings estimates by two-thirds.

AMEOS Group will implement Cerner Millennium and Lighthouse at two of its German facilities. 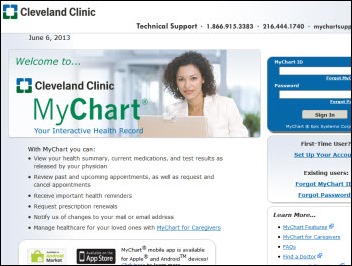 Cleveland Clinic announces that it will give patients access to physician notes, pathology reports, and health issues via its Epic MyChart patient portal.

The State of Georgia launches the first phase of GeorgiaDirect, a secure e-mail system based on the Medicity platform. 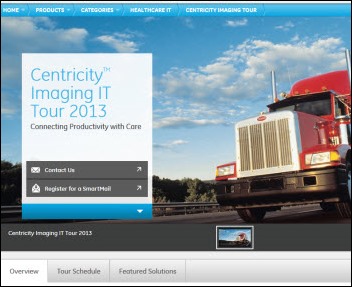 GE Healthcare kicks off its Centricity Imaging IT Tour 2013 with stops this week in Texas. The 60-hospital road show runs through early October.

More than 70 medical, research, and advocacy groups in 41 countries will create a research database of their genetic and clinical data. Among them are NIH, Dana-Farber, Harvard, MIT, Johns Hopkins, and Stanford. The organizations will develop ways to standardize the data and to implement privacy controls that respect patient choice. 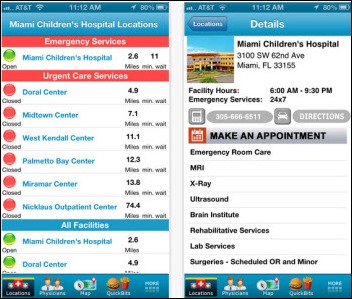 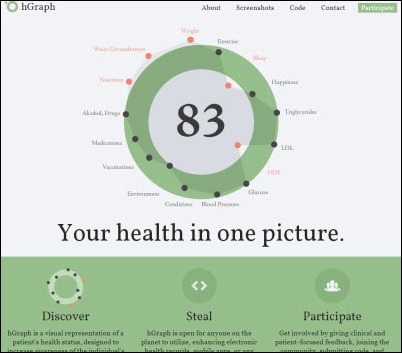 All Facebook employees will by the end of 2013 use hGraph, an open source visual representation of health status. It can use EHR information to create many of its views. 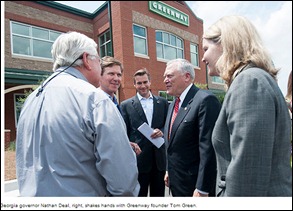 States are selling de-identified patient hospitalization information, but privacy expert Latanya Sweeney says the de-identification method isn’t hard to crack when you match the information against other databases. She paid $50 for records and was able to connect them to newspaper stories about accidents and crimes, thereby re-identifying the detailed medical records of 35 patients. An executive of a hospital performance data company says his employer immediately removes the ZIP codes provided by the states, saying they provide an easy link to other databases such that, “You might as well have the patient’s electronic medical record number.”

A Forbes opinion piece says electronic medical records are making doctors unhappy, saying (a) they turn doctors into box-checkers; (b) 75 percent of their capability does nothing except meet government mandates; (c) there’s no proof that government-mandated data collection improves care; and (d) conversion to ICD-10 will be expensive and will benefit mostly data miners.

The HIMSS EHR Association will announce creation of an EHR Developer Code of Conduct next week in Washington, DC.

The three doctors in Canada whose former employer refused to provide them with electronic copies of their patient files will get the information after all. Midway Walk-In Healthcare Centre followed the legal guidelines in sending paper medical records for a $35 fee, but pointed out that the law doesn’t require it to provide copies of electronic records even though a significant amount of  patient information is stored only in electronic form. The Ministry of Health intervened, convincing the owner of the walk-in clinic to obtain an electronic copy of the information from the clinic’s EMR vendor and send it to the departed doctors within 24 hours. The College of Physicians and Surgeons of Saskatchewan couldn’t help negotiate because the owner of the walk-in clinic isn’t a doctor.

Weird News Andy observes that migraines suck, but so does the cure. A writer in England says her migraine headaches were cured by hirudotherapy, applying leeches to her skin to remove blood. 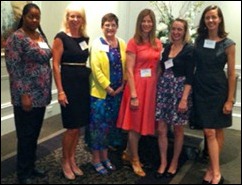 Despite our voluminous coverage of Meaningful Use, CMS, and the ONC, HIStalk isn’t just about the US healthcare scene. Reports from across the pond note that an air ambulance had to abort its landing because off-duty “junior doctors” were hosting a BBQ near their lodging, which is close to the pad. For those of you who wonder where Oban is, it’s not far from Loch Lomond in Scotland. 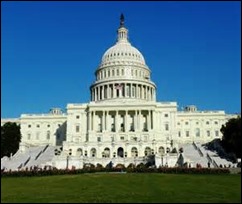 Three physician Senators (Tom Coburn, John Barrasso, and Rand Paul) join Senator John Boozman in trying to block the implementation of ICD-10. The Cutting Costly Codes Act was introduced in the House in April. In addition to halting ICD-10, it calls for a study on preventing disruption during the migration from ICD-9.

The Senate has been busy in other ways, with Chuck Grassley and Ron Wyden calling for increased transparency in Medicare claims data. They plan to reintroduce the Medicare Data Access for Transparency and Accountability Act. The aptly acronym-bearing Medicare DATA Act as initially introduced  would create a publicly searchable Medicare payment database as well as ensuring that data on payments to physicians do not fall under an exemption for Freedom of Information Act requests.

Since I’ve apparently got a DC vibe going on this week, I’m interested to see what readers think about the Safeguarding America’s Pharmaceuticals Act. It’s aimed at creating a national system to make it easier to trace drugs from synthesis to market, which in theory should help fight drug counterfeiting. I’m counting on all of you because my knowledge of pharmacy IT systems is limited to calling retail chains in my area to see when they will be ready to accept electronic prescriptions for controlled substances and asking them not to send multiple refill requests before adequate time has elapsed for a physician response. What vendors do you think would jump into this space? 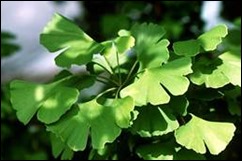 Here’s your opportunity to test your EHR’s ability to generate drug recall reports and your staff’s skill at documenting over-the-counter and herbal remedies. After years of us thinking Ginkgo Biloba was good to support memory, the National Institutes of Health releases a study indicating it might actually be a carcinogen.

One of my staff shared this piece about medical directors who search social media looking for “worrisome” issues during the hiring process. The article coaches would-be Facebook stalkers on what is appropriate to consider when determining if candidates match the office culture. It also reminds readers to steer clear of information that doesn’t belong in the hiring process including race and ethnicity, disability, religion, and pregnancy. It recommends considering using a third-party screening firm that is familiar with appropriate state laws.

I talked earlier this week about smart phones making us dumber. A regular reader sent me the link to this Northwestern University study on parenting on the digital age. Nearly 40 percent of families fell into the heaviest media use category with 11 hours of screen media per day. A New York Times blog notes that this time may have been double counted with parents using multiple screens, such using a computer while watching TV.

Researchers were surprised that parents were introducing their children to technology rather than simply responding to requests. Based on the behavior I see at the hospital (where the iPhone is the most popular childcare provider, at least in the ER) I’m not that surprised. There are ways to distract a hurt child that don’t involve Angry Birds. How about a book? Or telling them a story? I know my dad reads HIStalk regularly, so here’s a shout-out in thanks for all those retellings of Herkimer the Helicopter.