It’s Not About the Rock: The Remote Village that Turned our Lives Upside Down
(Part 1 of 2) 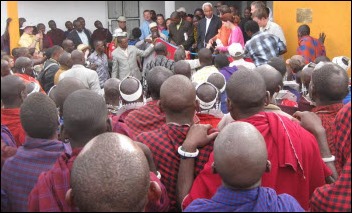 “Ed,” Dr. Liz Ransom whispered in my ear, “why aren’t we doing a medical mission? After all, we’re mostly a bunch of docs.”

I nodded my agreement. How obvious. I announced the change during the meeting. Instead of an education mission, we would set up a medical clinic. And so, approximately nine months before our departure to Tanzania to climb Kilimanjaro, the idea for our modest medical clinic was conceived.

We leveraged important connections, thanks to Jimmy Wynne, one of our employer’s board members. In fact, Jimmy was the one who planted the idea to climb Kilimanjaro. Because of previous personal investments Jimmy had made into this remote village of 10,000 Maasai, he knew the government officials as well as the tribal elders. These relationships would become key to the clinics success and long-term viability.

Team members pooled resources. One thing led to another, and our clinic plans grew from a tent to a permanent structure. Before we broke ground, our CEO, Doug Hawthorne and his wife Martha got involved and enlarged the vision. They donated all the funds needed to create a larger structure that would eventually have running water and electricity. Blueprints were redrawn.

Weeks later, we received a letter from the government pledging their long-term support of the clinic once we left. Sustainability was a non-negotiable for us. With that objective met, dirt began to move. 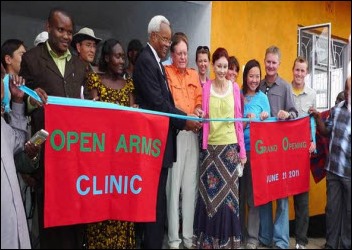 While we were busy preparing for our climb, construction of the upcoming “Open Arms Clinic” continued. Onsite contacts sent periodic updates with pictures, and we managed the project from afar. One of our hospital presidents, Winjie Tang Miao, agreed to act as the clinic director, and Liz Ransom became the medical director. Generous companies donated two tons of medical supplies. Winjie and Liz worked closely to handle all of the clinic details from supplies, staffing, medical records, workflow, etc.

June 2011, we arrived in Arusha. While the climbing team left for seven days to tackle Kilimanjaro, five of our women traveled four hours by bus in the opposite direction to a remote village near Mto wa Mbu. Our male American liaison, with whom we’d been coordinating over the previous months, could not make the introductory meeting with the village elders. 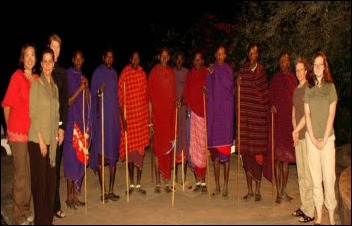 The first night, our five women sat alone across the table from 15 Maasai village elder warriors armed with spears. Despite having two awesome translators (one for Swahili, a second for Maa), talks were very awkward. The Maasai are a male-dominant culture, and discussions about the clinic wound toward information regarding safe sex and AIDS. This transparent and curious conversation would either develop into a mutual trusting relationship or create a major obstacle. 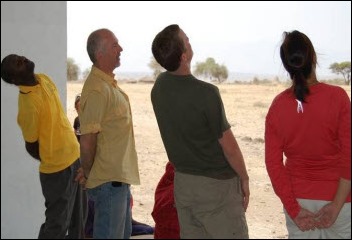