At this week’s HIT Policy Committee meeting, members discussed the CommonWell Health Alliance and its implications for the industry. Committee member Paul Egerman outlined the Alliance’s goals, which focus on providing a nationwide data exchange program that is paid for by participating vendors. Judy Faulkner, who also serves on the committee, reiterated that Epic was not initially invited to participate in the Alliance and questioned whether the group would favor the founding companies and if it planned to sell de-identified data. Other members expressed concerns that Alliance efforts may inhibit other regional and national HIE initiatives. 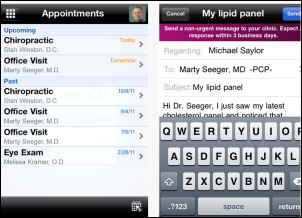 From The PACS Designer: “Re: patient engagement. TPD and spouse had our first experience this week with Epic’s MyChart as we were encouraged by our provider, Yale New Haven Health System, to create our online medical record. As more of us seek treatment, you can expect to be coaxed into having an online medical record so other future providers can verify your past medical history so as to provide high quality services to their patients. MyChart is on TPD’s List of iPhone Apps.”

A few highlights from HIStalk Practice  from the last week: Vitera launches an iPad app for Intergy EHR. The AAP recommends pediatricians adopt e-prescribing systems with pediatric functionality. Forty percent of physicians say they are burned-out. Legal experts recommend that physicians pay closer attention to ADA requirements when adopting computerized tools. More physicians are suing former patients and their families over negative ratings and reviews posted on the Internet. Dr. Gregg explains the correlation between scrambled eggs and MU, HIT, and HITECH. NextGen Healthcare’s SVP and Ambulatory Division Manager Michael Lovett discusses his company, the industry, the competition, and the future. And, one last plea: please take a moment to complete our annual HIStalk Practice reader survey. Thanks for reading.

Texas Health Services Authority selects InterSystems to develop and implement its HIE infrastructure based on the HealthShare platform.

The NIH’s National Heart, Lung, and Blood Institute awards SAIC a prime position on an IT support services contract worth up to $184 million over five years.

SAIC promotes Robert Logan from director of engineering for IT services to CIO. Logan will also serve as CIO for Leidos, SAIC’s planned spinoff company that will provide national security, health, and engineering solutions

Summerville Medical Center (SC) completes a one-year pilot program with GE Healthcare for its hand-washing monitoring technology. The program monitors data from employee badges and soap and hand sanitizer stations and has been recording several thousand hand-washing events per day.

ONC awards the NY eHealth Collaborative a cooperative agreement to participate in the Exemplar HIE Governance Program on behalf of the EHR/HIE Interoperability Workgroup.

ONC launches the State Meaningful Use Acceleration Challenge 2.0, which will encourage states to set aggressive goals on EHR adoption and meeting MU criteria.

Intermountain Health (UT) will pay the federal government $25.5 million after admitting it illegally compensated more than 200 of its referring physicians for more than 10 years. The health system reported the violations in 2009 following a review of employment contracts and lease agreements among its hospitals and doctors.

Bay County (FL) commissioners vote to approve $360,000 in incentives to to keep iSirona’s operations in Panama City. The company will consolidate its operations, which will either created 300 full-time jobs to Panama City or lose 117 jobs if it chooses another of te three locations it is considering.

CMS is hosting calls for groups considering participation in Medicare’s 2014 Accountable Care Organization program. Calls will be held on April 9 and April 23 and registration will close when space is full.

Practices using web tools, tablets, and kiosks for patient data entry, online bill pay, and other functions may want to consider whether those media are accessible under the Americans with Disabilities Act. The Department of Justice is working on regulations for accessibility of Web-based content, which should be out later this year.

A Cochrane Library review shows that computer-based tools to help diabetes patients manage their condition have a small impact on blood glucose control. There was no documented impact on weight loss, depression, or other quality of life metrics. Those using mobile phones did slightly better than other devices. 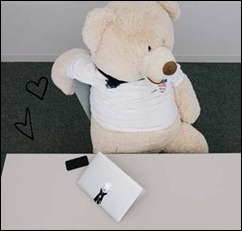 My Twitter-induced laugh of the day was “How People Sit in Meetings and What it Really Means.” Which style are you?

From Easter Bunny: “Re: EMR pimp. Did you hear Dan Marino is now pimping an EMR because IF ONLY his orthopedists had access to his complete medical records, he wouldn’t have been the greatest quarterback to never win a championship. Or, is he just repeating his old Isotoner gloves experience of being a shill for an underwhelming product or industry?” I do love some of the comments in the press release:

Not surprisingly, Marino is not only a spokesperson, but also an investor.

March 30 was Doctors’ Day. Although the AMA sent me an e-mail as did a locum tenens agency I worked for three years ago, there were no happy words from my hospital. Happy belated Doctors’ Day to all.