HHS Secretary Kathleen Sebelius and US Attorney General Eric Holder warn AHA and other hospital organizations that the government will take appropriate steps to pursue healthcare providers who misuse EHRs to defraud Medicare, specifically calling out upcoding and cloning of medical records. 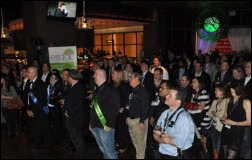 From Wicked Fun: “Re: HIStalkapalooza planning. I just moved from the vendor side to a provider organization. As much as I am loving my brand new job, I miss the ‘fray’ of the world of HIT. The first comment from one of my MD friends  was, ‘What if you don’t go to HIMSS? We always go to the HIStalk party together!’’” The lesson here for the HIStalkapalooza faithful is to add our annual event as a mandatory condition of employment in your contract negotiations. If you like planning ahead, the 2013 version of HIStalkapalooza is scheduled for Monday, March 4, with registration opening sometime in January. 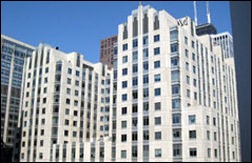 From Plinker: “Re: Northwestern in Chicago. Going Epic.” I don’t recall if I’ve mentioned that previously.

From Squint Eastwood: “Re: Vermont. Not a rumor, but interesting.” Fletcher Allen Health Care and Dartmouth-Hitchcock Medical Center submit an ACO plan that would create the for-profit OneCare Vermont LLC, which would include 13 of the state’s 14 hospitals (Porter Medical Center passed), 58 medical practices, two FQHCs, and other organizations. If approved in October, OneCare would be up and running by January 1, serving most of the state’s 105,000 Medicare beneficiaries. Fletcher Allen SVP Todd Moore, who will be CEO of OneCare if it’s approved, says access to data was a driver. “This is really an access to information revolution as much as it is anything else for us. This gives us access to the full claims set for the first time to Medicare beneficiaries that we treat … to understand how they seek care, how often they go to (the doctor) — whether it be at Fletcher Allen or at Northwestern Medical Center or in Florida.”

From Adam: “Re: Tampa General Hospital. Saw they’re going with RelayHealth for HIE. Aren’t they an Epic shop?” They are indeed.

From HereWeGo: “Re: MCK acquisition of MedVentive. The fat, spoiled kitty found a new toy to bat around and destroy until the next shiny object captures its attention.” Usually the fat cat in a given deal is the seller, so at least some of MCK’s cash trickled down to the MedVentive owners. I should clarify that the rumored MCK acquisition that I mentioned last week isn’t MedVentive, so another announcement could be coming if the rumor turns out to be accurate.

From Bobby D: “Re: MCK acquisition of MedVentive. This is the second company that Nancy Brown has been involved with that McKesson bought, the first being Abaton.com. She has two to go to catch Mike Myers of CliniCom history, who has sold them four companies.” Mike’s at QuadraMed now, I’m told, so he could bag “one for the thumb” if MCK happens to buy QuadraMed’s Quantim line, if indeed the rumor is true that it’s about to be sold (and even if it is, MCK hasn’t been mentioned as a player.) UPDATE: per Federal Trade Commission filings, Nuance will be the acquirer of Quantim.

From Moak: “Re: upcoding. How did you miss this one?” I get at least one e-mail per day (including this one) with a link to a big news story that I’ve already covered, so skimmers are missing out. Still, I appreciate the notice just in case I really did miss something, and Moak brings up an interesting point: the feds gave Faxton St. Luke’s Healthcare (NY) as an example of an ED whose higher levels of treatment jumped 43 percent in 2009, the same year it implemented EHRs. He says the hospital only has 22 days’ cash on hand and therefore is not stealing from anyone. I wouldn’t necessary make that assumption since poverty usually encourages rather than discourages criminality, but I think his point is that the hospital was struggling financially and may have simply cracked down on sloppy billing practices. One might assume that the feds would do some audits before slamming the entire healthcare provider universe with unproven fraud innuendo, but given its poor track record in uncovering even widespread fraud (see: South Florida), maybe the only arrow in its quiver is to bluff. If they have found even one case of EHR-abetted fraud and wanted to deliver an effective message, they should have had a photo op with someone in handcuffs. 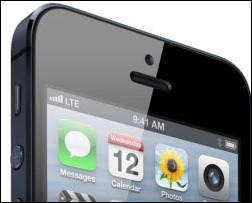 A big thanks to all the readers who sent me notes bragging that they had already gotten their iPhone 5s after little or no wait at their local Apple store. My phone will arrive from China on Thursday. I loved the lightweight feel of a friend’s iPhone and had fun taking a few panoramic photos. My friend claims it is much faster than the iPhone 4, but she is not yet convinced the battery life is dramatically improved.

Welcome to new HIStalk Platinum Sponsor VersaSuite. The Austin, TX company offers an integrated system for medical enterprises (hospitals, clinics, surgery centers) that includes a hospital information system (including CPOE and eMAR), inventory management, RIS/PACS, laboratory information system, pharmacy management system, accounting, and HR. It’s all built on a single Windows-based stack running on a single database, standardizing the user experience across inpatient, outpatient, and ED. The company says it holds the largest number of CCHIT certifications of any single product, including CCHIT’s enterprise certification, giving healthcare systems one product that is MU certified for both EPs and hospitals. VersaSuite’s EHR includes specialty-specific templates for 24 disciplines, keyboard-free data entry, dashboards, tablet support, and a four-click assessment/plan for outpatients that takes only 5-10 seconds vs. up to two minutes in competing EHRs. The company is a member of IHE and its products support interoperability standards such as HL7 and DICOM and are compliant with HIPAA 5010 and ICD-10. Thanks to VersaSuite for supporting HIStalk.

I booked my HIMSS room this week and suggest you don’t wait too long. I got my first choice, but the supply for close-in rooms is dwindling. HIMSS usually opens up more hotels later, but they’re usually a long shuttle bus ride to BFE. 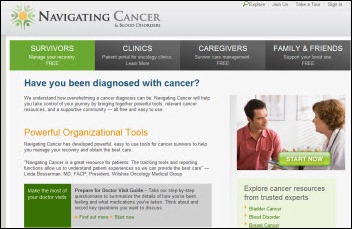 McKesson announces that it will acquire MedVentive, which offers population and risk management tools. 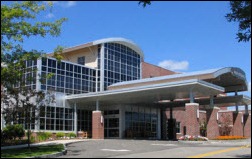 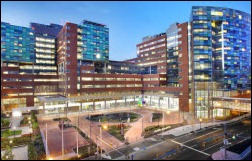 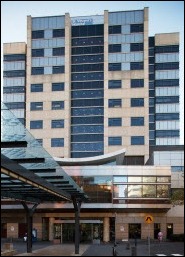 RemitDATA appoints John Stanton (Beacon Partners, above) as VP of consulting and Phillip McClure (MedeAnalytics) as VP of sales.

Prognosis adds a configurable template engine and a physician rounding tool to its ChartNotes EHR.

In the UK, CSC admits that it will sunset the former iSOFT physician systems, including Synergy, Premiere, and Ganymede, that are used by about six percent of England’s practices. It denied the rumor of the impending retirement until Monday’s announcement.

PerfectServe adds a patient-centered rounding feature to its communications system, allowing clinicians to contact the appropriate physician for each patient.

Cleveland Clinic is implementing software from its new spinoff iVHR, which will present information from its Epic system to doctors in a visual form. The software will create maps patient locations with indicators of patient condition that link to all the background data from Epic, displaying it visually to help doctors see the big picture.

UC Davis Health System signs a 16-month, $17.5 million agreement to take over the state’s struggling HIE, formerly run by Cal eConnect. The project has been renamed the California Health eQuality Program (CHeQ) and will be led by Ken Kizer, MD MPH of UC Davis, who was previously CEO of the VA healthcare system, Medsphere, and the National Quality Forum. The project is halfway through its four-year, $39 million grant. They claim they are confident they’ll seamlessly move to a post-grant revenue model when the federal breast runs dry in 2014, which will make them one of almost none if they actually pull it off.

NPR posts the audio and transcript from Tuesday’s “The Diane Rehm Show,” featuring Farzad Mostashari and others on “The Pluses and Minuses of Electronic Medical Records” (but not Diane Rehm, who was on vacation, and not Farzad for the second half because he had to leave). The substitute host led an inordinate amount of the discussion toward upcoding, which made it a lot less interesting. What Farzad said: (a) maybe the EHR just captured the charges correctly; (b) the current system pays doctors more for recording what they actually do, so why wouldn’t they?; (c) EHR or not, fraud is illegal, and in fact the audit trails of EHRs can make it easier to detect. A former healthcare CIO and practice manager named Jim called in to say that his docs always intentionally downcoded with paper records because they were afraid insurance companies would challenge their recordkeeping, but were more confident that electronic records made it safe to bill accurately. 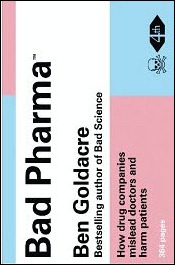 Weird News Andy finds an article from the physician author of Bad Pharma stating what everybody knows: drug companies selectively publish studies that make their drugs look good, using tricks such as small-numbers studies and statistical tricks that exaggerate questionable benefits. Less-flattering studies get shelved. Industry-funded drug trials were positive 85 percent of the time, while only 50 percent of government-funded studies were. Industry-sponsored studies of statin drugs were 20 times more likely to favor the test drugs. From the book’s description, “We like to imagine that doctors are familiar with the research literature surrounding a drug, when in reality much of the research is hidden from them by drug companies. We like to imagine that doctors are impartially educated, when in reality much of their education is funded by industry. We like to imagine that regulators let only effective drugs onto the market, when in reality they approve hopeless drugs, with data on side effects casually withheld from doctors and patients.”

Another WNA find, which he labels “workaholic”: the New York Post digs through public records to find city-employed psychiatrists who make multiples of their base salaries by claiming extensive overtime for ED coverage. One psychiatrist boosted his $173K base pay to $481K by claiming he worked 80 hours per week. The same doctor made $689K in 2009 by turning in 3,820 hours of overtime, including one non-stop stretch of 96 hours. The physicians are also allowed to operate private practices. 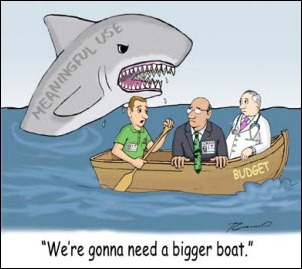