Even though the Stage 2 MU final rule has yet to be published, the HIT Policy Committee MU Workgroup releases its preliminary draft recommendations for Stage 3 MU. Among them: 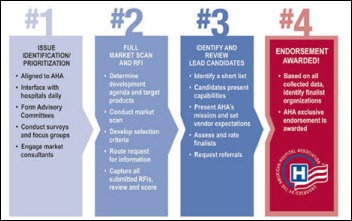 From Hilltopper: “Re: AHA Solutions endorsement. Two years we (naively) responded to an AHA RFP to become an endorsed solution provider for a specific category of consulting services. We were down-selected, went to Chicago for a presentation, and were eventually named their vendor of choice for the prescribed consulting services. We then found out they wanted way in excess of six figures for their endorsement (advertising, promotion over a three-year period) and a percentage of new business, we declined. What a waste of time, and it was not disclosed earlier in the process.”

From Benny Hanna: “Re: MUMPS. It’s ugly and I despise it, but like XML, DB2, or NoSQL, it works. If you index properly (or at all) and your storage is fast, the database will perform. The biggest news around MUMPS was your item about Dell/Epic to allow virtualization of their servers, both application and database. Now you can throw a whole farm of processing and storage power behind that old flat file database.”

From Lovelietuva: “Re: Adventist Health System vs. Moleski. The pre-trial hearing is October 8, 2012 at the Orange County Courthouse in Orlando. AHS is the Goliath that owns the Orange County justices.” This is the “Death by Deletion” former Adventist Health System risk manager and whistleblower who claims she was ordered to deleted electronic patient information to cover up errors and who also says AHS’s Cerner system caused incidents of patient harm. She should definitely press for a change of venue.

From BlueDog: “Re: Community Health Systems contractors. The rumor is true, although the number seems high. I know that they sacked roughly 80 contractors working on Allscripts Enterprise EHR projects and scaled back a lot on Allscripts and athenaclinicals implementations. All eyes within CHS IT are on an Oklahoma City Allscripts Enterprise EHR implementation that begins in five days.” Unverified.

I’ve been struggling with badminton today. I admit there probably has been a time or two I intentionally threw a gutter ball while bowling in order to commence happy hour, and I do recall a certain strip poker game in college. But intentionally losing at the Olympics makes no sense to me. Maybe my real issue is that I dislike badminton since it conjures images of sixth grade PE and those horrible one-piece uniforms we had to wear. Speaking of images, if you haven’t seen one of US rower (and Wilhelmina model) Giuseppe Lanzone, he’s worth a Google.

HIStalk Practice highlights from the last week: as mentioned below, a few observations  from the just announced Stage 3 MU draft recommendations. Medicare and Medicaid issue $6 billion in MU payments through the end of June. Dr. Gregg whines about his unread EMR prose. My thoughts on why some crunching of MU attestation numbers may be meaningless. The ONC says the TOC is higher for a SaaS EHR than an in-office solution. I’ll keep it simple this week: go to HIStalk Practice, read good stuff, and sign up for e-mail updates. Thanks for reading.

Listening: new Rush, thanks to reader Mark, who tipped me off that Amazon is running it as a $0.99 full-album download.

Visage Imaging signs a definitive agreement completing the sale of its Amira Division to Visualization Sciences Group for $15 million.

Quality Systems, Inc. continues its public spat with big shareholder and director Ahmed Hussein, who has nominated his own slate of directors to be considered at the upcoming shareholder meeting. Management says he’s trying to take the company over without paying a premium via a proxy fight and hasn’t made a convincing case that his nominees would enhance shareholder value, also calling out the company’s historically successful (until recently) share value growth, its sales opportunities, and its opportunity to focus on revenue cycle management. They also say Hussein has violated the company’s insider trader policy by pledging all of his company shares as collateral for margin accounts, requiring him to liquidate 2.24% of the company’s shares and further driving share price down. They also comment that his track record in creating value for his other businesses is poor. His press release says as a board member, he’s never heard anything about the strategies the company says they’ll follow and that his gripes aren’t with management, but rather with the current board.

The Purdue REC will use SA Ignite’s MU Assistant for client MU reporting.

Medicare’s fraud unit opens a $3.6 million command center in Baltimore that includes a giant video screen that two Republican Senators are labeling a boondoggle, saying that the fraud unit is not implementing common sense recommendations in claiming that they are understaffed. The unit’s computer system went live last summer, but by Christmas had only stopped one suspicious payment totaling $7,600.

Providers are concerned about vendor training and readiness for hybrid OR suites when selecting interventional systems, according to KLAS. Toshiba earned top scores for overall satisfaction, though Siemens had the greatest market penetration.

About 50 unionized transcriptionists at The Ottawa Hospital (CN) complain about losing their jobs to Dragon Voice Dictation, trying to get doctors on their side by sending them a Christmas card saying they were being let go and including an instruction book for Dragon. According to the union’s spokesperson, “Not only was technological change implemented without any canvassing of staff, but an interesting fact is that at the end of a transcription, the voice recognition software adds a disclaimer stating that the document ‘may contain errors.’ There has got to be a better solution, especially when it comes to patients’ health.”

Olympus, fresh off accounting fraud problems, informs the Department of Justice that its physician training program in Brazil may have violated the Foreign Corrupt Practices Act. The company says that DOJ was already asking questions, potentially indicating that Olympus and perhaps other companies were being investigated following DOJ’s multi-million settlements with Biomet and Smith & Nephew over bribing foreign doctors to use their medical devices.

The TV program “In Focus with Martin Sheen’” will cover electronic medical records in a series of reports. The show doesn’t say it’s a paid infomercial that runs between PBS programs, but it seems like that might be the case. 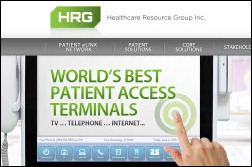 In Canada, patients at St. Joseph’s General Hospital have been without TV since mid-May after Healthcare Resource Group shut down its prototype touchpad-driven bedside entertainment system. The company restructured and found that its server licenses from Microsoft, Adobe, and Dell had been illegally registered under the name of their former CTO. The hospital says HRG missed their final deadline to sort out their problems and will be replaced.

Strange: a blind Native American man files suit against a hospital, several doctors, and others, claiming he’s the victim of a racial hate crime because his non-blind friends are telling him that scars from his emergency stomach surgery kind of look like the letters KKK.

Also odd: the family of a deceased man files a $2 million lawsuit against a New York medical school, claiming the school humiliated them by declining to accept the man’s donated body as a medical cadaver because he was too heavy.

HIMSS issues its call for proposals for the HIT X.0: Beyond the Edge “conference within a conference” at HIMSS13. No, that’s not a mistake in the link – it’s a HIMSS12 link. If they can get their act together, they will accept proposals from August 1-31. I’m pretty burned out on HIMSS between the annoying mailbox clutter and the feeling that they’re not really doing anything new or different these days. But I am looking forward to getting my New Orleans on, whether I actually attend the meeting or not.

Northwestern Memorial Hospital’s Home Hospice office was burgled last week, resulting in the theft of laptops and tablets. Supposedly their security controls were suspended because they were receiving upgrades. They are offering credit monitoring services to affected patients. Luckily the authorities do not suspect that PHI was specifically a target of the theft. That’s a good thing, because I can’t imagine anything more pathetic someone preying on hospice patients.

In a reminder that they’re not just a software company, McKesson is ordered to pay $151 million in a legal settlement involving related to Medicaid drug price inflation. Although New York State Attorney General Eric Schneiderman issued a statement that, “This settlement holds McKesson accountable for attempting to make millions of dollars in illegal profits,” the company denies price manipulation or illegal activity. 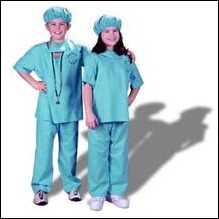 News outlets continue to report that there will not be enough physicians to meet the country’s health care needs in coming decades. I don’t disagree, yet I don’t see people dangling money in front of me to convince me to return to traditional primary care practice. I’m not hopeful for the next generation, either. A high school student I have been mentoring decided that he wouldn’t be meeting with me any longer because he had decided on a new career path. His choice: game warden.

I’m a sucker for technology stories of all kinds, so I was interested to hear today about a Dark Matter detector in a former gold mine in South Dakota. Here’s to unlocking more mysteries of the universe right in our back yard.

No, it’s not Las Vegas: Cerner partners with the town of Nevada, Missouri (pronounced Ne-VAY-da) to reduce costs and improve care. The project will involve health education via the local school district, construction of sidewalks and bike lanes, and digitizing health records at Nevada Regional Medical Center.

As the world comes together at the Olympic Games, I am reminded of the vast disparities still present in world healthcare with two sad stories from Uganda. Ebola virus is causing an outbreak of hemorrhagic fever, and this is on top of a mysterious illness called nodding syndrome that has killed more than 300 children and neurologically devastated more than 3,000. Even with all the negative things about our healthcare system, we should be reminded of how lucky we really are.