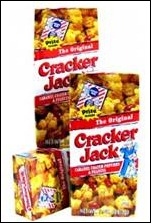 Being an anonymous blogger, I never know when an idea is going to drop into my virtual lap. When I’m not in the healthcare IT trenches, I like to embrace certain summer pastimes – drinking mint juleps on the porch, gardening, and making the occasional trip to see some minor league baseball.

I was seated behind first base enjoying some Cracker Jack when the conversation turned to healthcare IT. A particularly tech-savvy friend of mine was talking about iPad apps. Knowing I’m a physician, he mentioned that his old college buddy recently showed him an electronic health record app that he’d been working on.

Turns out Joe College works for a major HIT vendor. My curiosity got the best of me. I asked my friend what he thought of the app. This was his response:

Well, he kept trying to show me a bunch of features that weren’t coded yet. It looked like something that was designed by an IT guy who may have talked to a doctor once and really didn’t have any idea how to do a good user interface.

Knowing the vendor in question, I’m not sure if I should be surprised or not. I didn’t have details on whether the app was for hospital or ambulatory scenarios so I don’t have a lot to go on, but it got me thinking about the role of physicians in software design.

Working for a major health system I’ve been exposed to many vendors. There is significant variation in whether they have physicians on staff, let alone physicians who participate in the design process. Some are very open about the docs on their teams and will connect clients with them for doc to doc conversations. I’ve found those valuable, especially when implementing new software and those “what were they thinking” questions arise from end users.

Others rarely mention whether they have physicians on staff. If you push them they may trot out one of a variety of archetypes:

After talking to a couple of my CMIO buddies, I think it’s time to have a little industry conversation about the role of physicians in design and usability testing.

Much like when Mr. H poses “state of the industry” questions to the leaders of the vendor space, I’m giving an opportunity for companies to speak up about how they use physicians and other clinical experts in design, implementation, and support. Here’s the hitch though – I’m not going to come begging for information.

This opportunity is for companies with staff that are loyal HIStalk readers. Let me know how your organization leverages licensed providers and at which stages of the game. I’ll feature the responses in an upcoming Curbside Consult. Priority placement will be given to companies with witty submissions. Extra credit will be awarded for photos of your physician team in action.

Got docs? E-mail me.