For six-year-old Herbert, a train ride was nothing new. But this train was different. Cold. Smelly. No seats. Conductors wore helmets, carried guns, and yelled. Shrouded in darkness and smushed between people’s legs, Herbert clung to his mother and aunt. Passengers wept and prayed. Days later, they disembarked at Gurs.

Horrid scarcely described the inhumane conditions in the “relocation” camp. Herb dug through the trash each day, foraging for crumbs. Six months into the torment, a soldier grabbed him and carried him outside the camp gates. The French Resistance, hiding in the night, whisked Herb into the woods.

Dodging armed patrols, they traversed the countryside and came to a convent near Lyon—Herb’s new home. During routine inspections, the nuns would hide him, the only Jew amongst gentiles. A year later, the Swiss underground led him on foot over the Alps into Switzerland, where he found solace in a group home for Jewish boys.

Herb never saw his family again. While he scaled mountains to freedom, they boarded trains for Auschwitz.

After the war, Red Cross officials connected Herb with relatives that had immigrated to the United States years prior. A young adolescent, fluent in French and German, Herb sailed across the Atlantic. Lady Liberty greeted him in the New York harbor. He learned English. Five years later, Herb returned to Germany as an American soldier. 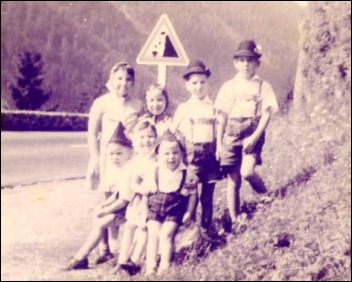 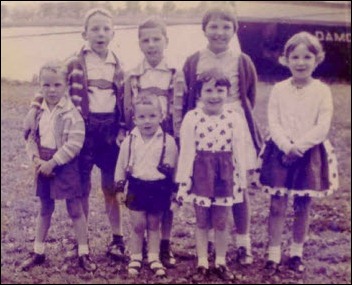 He fell in love with a young fräulein. They had seven children. I am the youngest

At the end of each year, I reflect and give thanks for many things in my personal and professional life. I’m grateful for what I call The Connecters: the beautiful people who held my dad’s hand. From the German guard at Gurs who led him through freedom’s gate, to the hands of the men and women of the underground. For the nuns who loved a boy of a different faith. For the schoolmasters who hid my father in defiance of the law and for the hands of my immigrant uncle who welcomed him into his New Jersey home. They connected my father to his future. In my heart, I kiss those hands.

This year, my gratitude focuses on my personal Connecters — those who helped enabled my then-future career. While hiring me didn’t affect life or death, I am thankful to those who took a gamble on me. Here are my Connecters and what they taught me:

Pastor Rick Olmstead. In a small but growing church, Pastor Rick invited everyone from the congregation who had an interest in leadership to visit his home for a barbeque. He had hoped for gray heads of wisdom, but ended up with four young-in-their-faith sophomore college students. Trusting in a higher power, Rick pushed forward and invested in us. We eventually became part of the team that enabled multi-year, double-digit growth. His exceptional mentoring and leadership formed the foundation of who I am today.

Major Loomis. The Executive Officer of the 244th Army Reserve Engineer Battalion. This officer’s additional duties involved overseeing the Cadet program. As a nervous nineteen-year-old combat medic, I interviewed with him for one of the few coveted Cadet slots. I knew others had interviewed better than I did, but he took a chance and showed me unmerited favor. I went on to become a combat engineer officer. Upon earning the rank of Captain, I served as the battalion motor officer and battalion movement officer. I learned much about organization, leadership, and process.

Mary Hein. She agreed to interview me because she had misread one of my degrees. She thought I had a Masters in Computer Science when in fact it was a Masters in Consumer Science. When I brought this to her attention, she let it pass and continued the interview. I had very little experience to speak of, yet she offered me my first salaried professional position. I cried (not in front of her, of course.) Mary taught me poise, communication, and brand. She helped hone my leadership.

Mike Gogola. I was interviewing for a director of physician relations position when I realized it was actually an IT position. “You have the wrong person,” I told Mike. While I was good at physician relations and marketing, IT was not my forte. To this day, I’m not sure if he was desperate or sincere, but Mike assured me I had the right stuff for the position. He surrounded me with good technical people and I learned on the go. Mike took me with him to networking opportunities and conferences. He taught me project management and IT.

Kevin Roberts. Kevin believed in me before anyone else saw my executive potential. He took a major risk in supporting my bid to become a CIO at a young age and without requisite experience. He shielded me from naysayers as I learned to walk and then run. He pushed me to become increasingly independent, which grew my confidence. He believed in me.

Who are you thankful for? Take time this holiday to let them know your appreciation. But don’t stop there. Ask yourself who you can help connect. When is the last time you took a risk to help an eager wannabe advance?

Leaders are called to Connect.